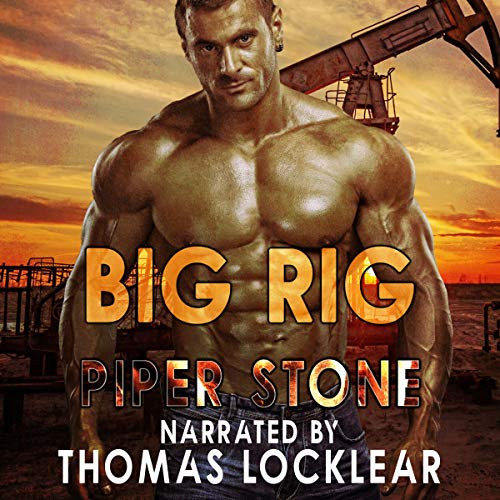 4.3 out of 5 stars
4.3 out of 5
116 global ratings
How are ratings calculated?
To calculate the overall star rating and percentage breakdown by star, we don’t use a simple average. Instead, our system considers things like how recent a review is and if the reviewer bought the item on Amazon. It also analyzes reviews to verify trustworthiness.
Top reviews

marko's mom
1.0 out of 5 stars Like watching paint dry
Reviewed in the United States on June 2, 2020
Verified Purchase
If you are having trouble falling to sleep, this is the book for you! I literally fell asleep not one...not two...but three different times trying to read this book. As a cancer and heart attack survivor, I don't like wasting my time. This book...a waste of time AND I skipped chapters!! It reads like a group of 15-year-old girls wrote it as they sipped on Chardonnay while going through Dad's browser history on his computer. Finding Waldo is easier than keeping up with the plot of this book, and better use of time. There's no chemistry between the characters, and the plot is right out of a Scooby-Doo Mystery. I kept expecting to read "Rut Roo!!" until finally I just gave up. There is simply not a humane way to put this book out of its misery, nor erase it from my mind...SAVE YOURSELVES !! Don't let my suffering have been in vain...
Read more
16 people found this helpful
Helpful
Report abuse

Kindle Customer
5.0 out of 5 stars Bad Girls Need Love.
Reviewed in the United States on March 21, 2021
Verified Purchase
5 no 10 gold stars is what this book needs. Big Rig will leave you wanting a very cold shower just reading a few chapters in. You will cheer on Riley and Alex as they work hard to find out what is happening at the rig. It will leave both of them and friends in danger, but they love that is between Riley and Alex will not go away but just grows more and more intense as will the punishment that goes will it but Alex thrives in the pain and pleasure knowing Riley will love her even more; as will Riley know that Alex will do the same. This book gets better and better as you near the end of it with three surprises too. This book is really made for adults how love Erotica and with a lot of punishment that mixes will in the story. I really can't wait to read book #1.
Read more
Helpful
Report abuse

lalabean
1.0 out of 5 stars Just couldnt find it appealing!!
Reviewed in the United States on June 21, 2020
I read this book on a chance I might like it but with in the first few chapters i knew I wouldnt enjoy it. Riley the "
boss" gives every marine /dominate man are really bad name. I like to believe marines hold a certain code of conduct and this guy is not that. He uses his position dominate this Alexis, they way he uses his position is everything wrong in rl world and it left a bad taste in my mouth. Alexis came off dumb for letting happen, a Dr. giving into his wish because he blackmailed her. I just kept thinking of sexual harassment, the making her get naked to deal out punishment and adding more for her language. I mean really was he planning to spank the rest of the crew that cusses. He singled her out for start, for the way she acted, but lets me real she may have been over the top and wrong but in a male driven field to show weakness and backing down is a big deal. Riley doesnt even consider that and puts into the baby girl slot, or should i say force her. Mind you when I say force I mean verbally by tossing her job/blackmail of a secret. I dont find it sexy when someone say the are going to have sex with you and the other person say no no, or no in different ways, and verbal forces you with some underline threat, is that not one form of rape especially when it all done you feel upset about it. Riley made me so sick that i could read it and had to skim because dominance is about trust and this was not that. I think the start of this book really triggered me so for all you people who have issues of boss powered fueled sex I dont suggest this book.
Read more
2 people found this helpful
Helpful
Report abuse

karenc
5.0 out of 5 stars Alex and Riley
Reviewed in the United States on May 31, 2020
Alex is the on-site doctor for Riley's drilling operation. He has a take-no-prisoners attitude when it comes to obeying the rules, as she finds out within minutes of meeting him. This story is totally addictive, and I could not put it down. Right up to the end, I was still guessing who was a good guy and who was a bad guy. Every little bit of information that was revealed moved one character or another into the other column. I didn't personally like their initial encounter - she was "coerced" into what happened. (If she had tried to resist more, I might have labeled it as non-consensual.) But everything else that happens between them is entirely voluntary. And hot AF. This book has it all - lies and deceit, mystery and suspense, job-site sabotage, an FBI investigation running parallel with an investigative reporter's research, trust and mistrust. This is my first read from this author - I'm gonna be looking for more from her.

I received a free copy of this book via Booksprout and am voluntarily leaving a review.
Read more
2 people found this helpful
Helpful
Report abuse

JigsawGirl
4.0 out of 5 stars Who Is Really Involved? Intriguing Question!
Reviewed in the United States on May 26, 2020
There was much more to this dark romance than I anticipated. When Alex was first introduced in the book, my thought was "here we go with another supposedly professional, irritating, out of control, childish woman". No lie, Alexis was exactly that at the beginning. Of course, Riley provided discipline in only the way it is done in Piper Stone's books.

After that, I almost immediately started to get peeks into Alex's vulnerability based on secrets in her past. Then I realized Riley had secrets that left him vulnerable as well. The next thing that comes out is the mystery and secrets regarding the oil rig, and company that has hired both Riley and Alex.

I went back and forth with who was guilty, who wasn't, and who might have been involved in this conspiracy. I was only absolutely sure of one person throughout the book. The rest of the characters had me constantly doubting their involvement of lack of involvement.

A good novel of secrets, mystery, intrigue, and suspense along with discipline, romance, and steamy sex scenes. I considered the initial discipline scene as coerced (although in its defense, Alex didn't HAVE to agree to it) and the subsequent ones as consensual. If spanking by hand or instruments offend you, I so I advise taking a pass on this one.
Read more
2 people found this helpful
Helpful
Report abuse

avid reader
1.0 out of 5 stars Nope!
Reviewed in the United States on June 21, 2020
Couldn't get past the first 22 pages! In the real world sexual harassment is a real thing and not a plot for a romance, the way her first spanking with him goes down is not sexy, it is cringeworthy and I don't care for whatever reasons just wouldnt happen like that. She is a grown woman a doctor at that, and she so afraid that her daddy is gonna find out about this job she willingly undresses for her boss to get a spanking as a punishment? Just gross! Negative 10 stars for this mess! Real dominant/sub relationships have trust and consent not coercion and a lawsuit waiting to happen!
Read more
3 people found this helpful
Helpful
Report abuse
See all reviews
Back to top
Get to Know Us
Make Money with Us
Amazon Payment Products
Let Us Help You
EnglishChoose a language for shopping. United StatesChoose a country/region for shopping.
© 1996-2021, Amazon.com, Inc. or its affiliates