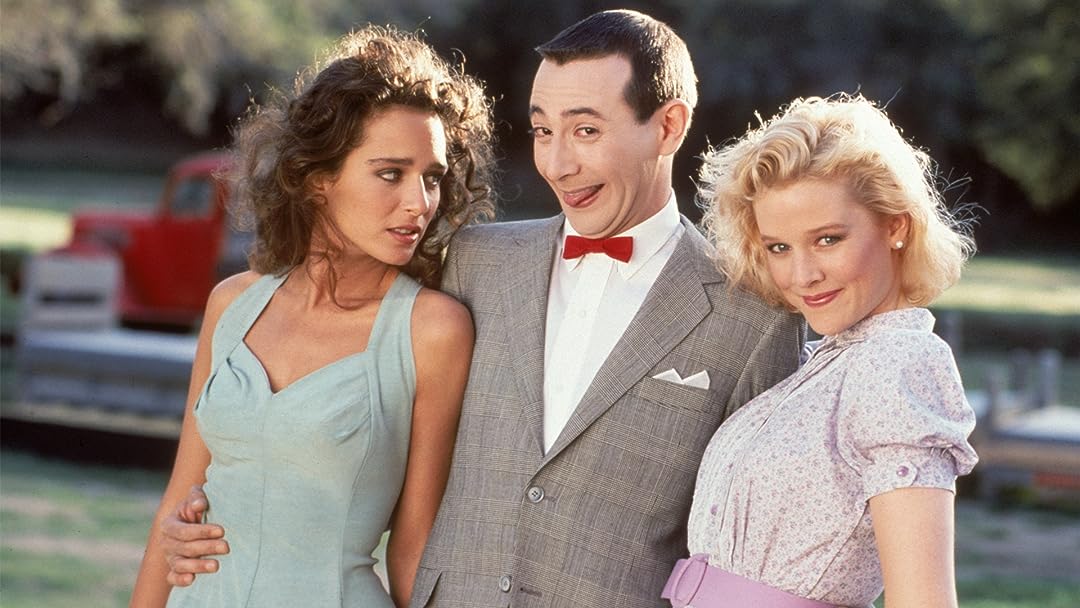 (749)5.11 h 26 min1988X-RayPG
Pee-Wee Herman is a simple farmer in a small town. But soon a big storm blows their way. A circus ends up at Pee Wee's farm. So he let's the circus stay at his farm for a while. The circus decides to put on a show with one lovable star, Pee-Wee!

Maria V. BoueReviewed in the United States on September 10, 2018
1.0 out of 5 stars
Prime streaming quality terrible
Verified purchase
One star for the horrible quality of the Prime streaming version. Thought it would catch up once playing and clear up but no. Looks like a bad vhs tape. Seriously?
58 people found this helpful

TaraReviewed in the United States on June 7, 2021
1.0 out of 5 stars
Imbecilic
Verified purchase
I'm surprised by the five-star rating. This movie has nothing to offer adults. And I'm quite positive I would have disliked it even as a kid. The humor is imbecilic and immature.

A couple of disclaimers: I only made it 20 minutes in (I really wanted to like it, but I couldn't bear to watch more). Also, I haven't seen any of the other Pee-Wee Herman movies.

I've seen Starship Troopers... I can handle "campy". I've seen the Austin Powers moves... I can handle "immature" humor. But this movie was just too much. There were funny, quirky parts that were interesting, but it wasn't enough to redeem the rest. And the story-line (so far) just seemed random and vague, like stream of consciousness.

RobReviewed in the United States on November 30, 2020
1.0 out of 5 stars
Certainly not Big Adventure or Big Holiday
Verified purchase
Loved Big Adventure and Big Holiday, but this was terrible. I don't mean bad, I mean terrible. I tried to give it many chances and turned it off about a half hour into the movie. Paul Reubens is a genius, and I can't believe he co-wrote this. Seems he was credited as a ghost writer but McGrath did all the writing. I've never seen anything so stupid. This was horrible.
2 people found this helpful

A. NavarroReviewed in the United States on January 10, 2021
1.0 out of 5 stars
Pee-wee in a romantic comedy.
Verified purchase
I hated this when I was a kid - that's about all I could remember before watching it again. It took me a while to figure out what makes this one so terrible, it's because it's a romantic comedy - nuff said.
3 people found this helpful

gwenReviewed in the United States on June 3, 2020
5.0 out of 5 stars
It's Pee-wee
Verified purchase
If you like silly comedy, scientific experiments, childhood screech from "Saved by the Bell", egg salad sandwiches, circuses and the pickala-poopala brothers, you'll in the right place.
It's Pee-wee yo!!
2 people found this helpful

Retired Soldier/Sailor.Reviewed in the United States on May 2, 2017
4.0 out of 5 stars
Children-of-all-ages will enjoy THIS... unless they don't. I know who THEY are; but, do YOU?
Verified purchase
I am not ready to buy up all of the Pee-wee Herman's TV series episodes, but, I DO
have all of his movies... Paul Reubens, that is... and his voice-overs in "The Navigator".
Yeah, even that cameo in the movie "Buffy The Vampire Slayer" where he's a vampire!
I, also, recommend his---more recent---BROADWAY show.
I actually enjoyed this MORE-----this time-----than when I saw it in its theatrical run. Of
course, if you are NOT a "Pee-wee Herman" fan this will probably be a 2.5-star movie to
YOU.
6 people found this helpful

M. GandolReviewed in the United States on May 16, 2016
5.0 out of 5 stars
Big Top
Verified purchase
I had seen this movie when it first came out and wasn't really impressed because it wasn't the typical Pee Wee Herman that you saw in the TV show or his first movie Pee Wee's Big Adventure. But after just seeing the movie now I found it quite entertaining, especially with all the crap the movie industry has been churning out the last few years. Sure it's not the typical Pee Wee Herman stuff but it's cool because he actually gets with a woman in this, with an actually fairly intense make out scene, lol. I just saw the new Pee Wee Herman movie Pee Wee's Big Holiday I think it's called and that one was great , really funny and a lot like the first one. I have always been a fan of Paul Ruebens and I am glad to see that he still being creative and sticking to what he does best. I know you are, but what am I ?
5 people found this helpful

Tina AdvocatReviewed in the United States on October 17, 2020
5.0 out of 5 stars
Pee Wee
Verified purchase
This is a delightful family film. I don't think it will disappoint anyone. There are some funny and cute scenes.
The film score by Danny Elfman is wonderful. It inspires you want to watch the film over and over.
See all reviews
Back to top
Get to Know Us
Make Money with Us
Amazon Payment Products
Let Us Help You
EnglishChoose a language for shopping. United StatesChoose a country/region for shopping.
© 1996-2021, Amazon.com, Inc. or its affiliates