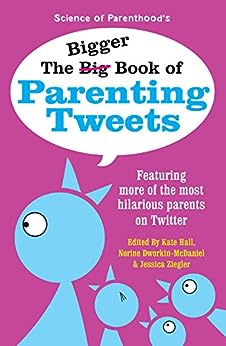 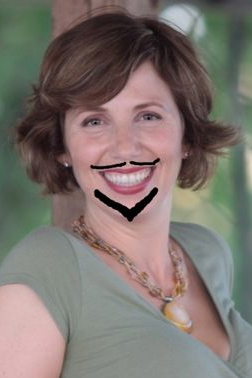 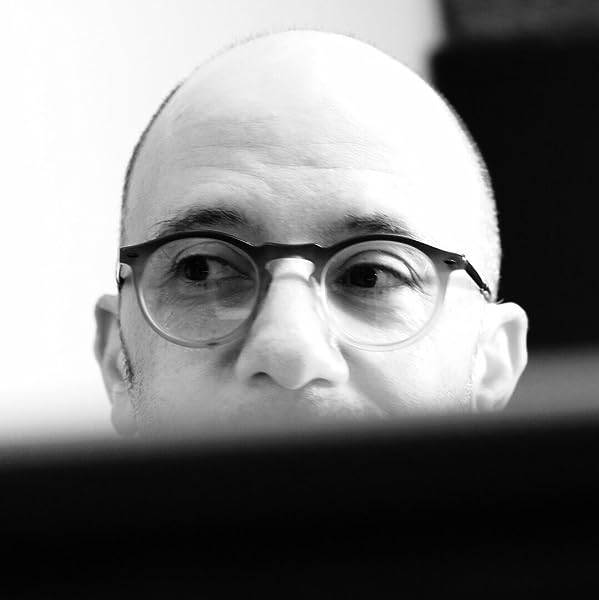 The Bigger Book of Parenting Tweets: Featuring More of the Most Hilarious Parents on Twitter (The Big Book of Tweets 2) Kindle Edition

Venturing deep into the Twitterverse in search of even more hilarity, those intrepid editors discovered more than FIFTY of the funniest comedians who just happen to be parents. Together with still more of Science of Parenthood’s signature cartoons and special “behind the tweets” stories, Book Two is BIGGER … it’s BOLDER ... and gosh darn it, people LIKE it!


Praise for The Big Book of Parenting Tweets:
"The perfect book for parents who want -- NEED -- to laugh, but don't have time to sit down and read a daunting book. Grab it, head to the bathroom and lock the door until they find you!”
— Jill Smokler, author of Confessions of a Scary Mommy

"The Big Book of Parenting Tweets dishes up bite-size nuggets of funny. Impossible to read just one." — Jen Mann, author of People I Want to Punch in the Throat: Competitive Crafters, Drop-Off Despots, and Other Suburban Scourges

“This book is HILARIOUS. Being a parent is a frustrating, hilarious, weird, wild experience. This book captures some of the best of our snark. You need it. You do.” — Nicole Knepper, author of Moms Who Drink and Swear

A terrific read, featuring some of the funniest (and most honest) parents in the Twitterverse... my go-to gift for new parents! — Johanna Stein, author of How Not To Calm A Child On A Plane and Other Parenting Advice from a Questionable Source

Here is just a peek at some of what you’ll find inside:

I don’t believe in spanking my children, but I do believe in flipping them off from the other room.
— Jewel Nunez (@OneFunnyMummy)


Me prying a toy hammer from my 4yo:
“Stop. It’s not hammer time!”
Parenting is lonely when nobody’s there to hear your outdated references.

The saddest thing I have ever seen is watching my son trying to carve a Playstation 3 out of a giant lump of coal on Christmas.

All restaurants should have a $200 cover charge for babies.

No, honey. The deer is just sleeping. They tied him down so he wouldn’t fall off the top of their Ford Explorer.

— Linda Doty (@LindaInDisguise)
Read more
Previous page
Next page
Due to its large file size, this book may take longer to download

David D. Katzman
5.0 out of 5 stars HILARIOUS! Ridiculously funny and totally worth buying.
Reviewed in the United States 🇺🇸 on July 6, 2015
Verified Purchase
This is really, really, really funny! And I spend hours a day reading tweets. You would think that with Twitter being virtual and millions and millions of tweets to discover on any given day, why read a book of them? Because these editors have pulled together some of the funniest stuff. It's really worth reading because they have done quite a nice job of unearthing some of the funniest parenting-related tweets I have ever read. If you are a parent, you will also feel the accuracy of many of these barbs. They nail the pain and absurdity of parenthood with great wit. This book would also make a great gift for a non-Twitter-using parent! Perhaps a baby shower gift?
Read more
One person found this helpful
Helpful
Report abuse

VL
5.0 out of 5 stars Punchy, relatable, hilarious
Reviewed in the United States 🇺🇸 on June 11, 2015
Verified Purchase
Well that was fun! I read the first half super quickly because it was so awesome. Then I forced myself to slow down so it wouldn't be over. I re-read a bunch of the tweets and laughed again at every single one.

If you only have a few minutes to sneak away from your kids, this is how you should spend it.
Read more
Helpful
Report abuse

Robert Knop
5.0 out of 5 stars Great book - I just bought 5 more for family and friends!
Reviewed in the United States 🇺🇸 on April 21, 2015
Verified Purchase
I love this book - it's even better than the first one with more writers and now stories behind the tweets too. I could read this book over and over - I just bought five more copies for family and friends!
Read more
4 people found this helpful
Helpful
Report abuse

D. Simpson
2.0 out of 5 stars Nothing to Blog About
Reviewed in the United States 🇺🇸 on July 13, 2015
Verified Purchase
sorry - didn't think it was humorous - just sort of flat.
I never finished it.
Read more
One person found this helpful
Helpful
Report abuse

Susan O. LaCorte
5.0 out of 5 stars Five Stars
Reviewed in the United States 🇺🇸 on April 21, 2015
Verified Purchase
This book is so so funny and a must read! Get it now.
Read more
4 people found this helpful
Helpful
Report abuse
See all reviews