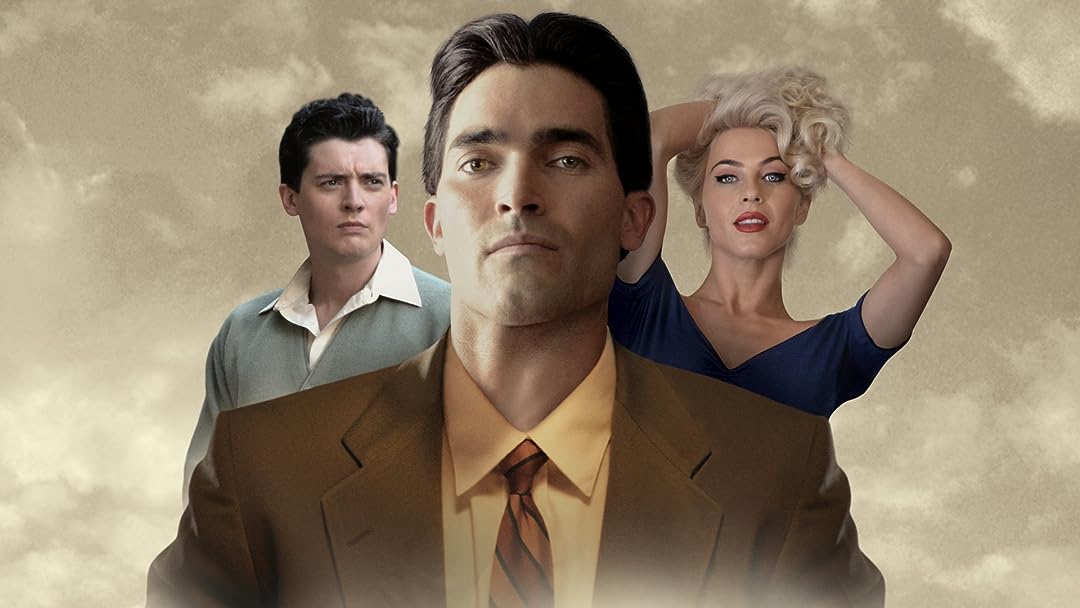 (484)
6.41 h 47 min2018X-RayPG-13
Brothers Joe & Ben Weider were the architects of muscle! Against all odds, they launched an empire and started a movement that changed the world!

Jerry W. PurvisReviewed in the United States on April 25, 2019
3.0 out of 5 stars
Somewhat interesting
Verified purchase
I bought the Bigger DVD, because of my lifelong interest in resistance training and all things connected to include bodybuilding and competitive lifting. I actually read the back and forth comments between Joe Weider and Bob Hoffman as noted in each of their respective magazines.

I was never a big fan of Joe Weider per say, due primarily to his self serving embellishments and elevated ego, but I do have to give him credit for separating bodybuilding from competitive lifting, and for promoting some of the major achievers, most specifically Arnold Schwarzenegger. Knowing the full story, I was somewhat disappointed in the film in that it blurred the lines with some facts and omitted essential facts that should have been better explained. However, with a 113 minute movie, I realize everything cannot be included.

Arnold Schwarzenegger was presented as a one dimensional oath in the film, when in fact, he was very intelligent and used Weider to his advantage, and patronized him when necessary. In the movie, Weider sees a picture of Arnold, immediately hopped on a plane, flew to Austria, found Arnold working out in a crude environment, brought him back to the US and personally trained him to win the Mr. Olympia. The truth is that Arnold was already accomplished at that time having one the Mr. Universe, and had lived in Germany and England, with good professional connections in both countries.

Given these issues, the movie is still worth watching, most specifically for those who with a previous knowledge of Weider and his impact on the sport of bodybuilding.

A.C.Reviewed in the United States on March 19, 2019
5.0 out of 5 stars
Surprisingly very good
Verified purchase
Who can really expect that a documentary about the life of a famous magazine publisher can be that really exciting to watch? It isn't as if telling a story about two brothers starting a fitness magazine and the IFBB is going to be full of action packed scenes. This isn't an Arnold Schwarzenegger documentary. Well, I guess some viewers saying it's boring will expect that. A fictional character named Bill Hauk, a racist bigot who is a competitive publisher against Weider was most likely created to actually add some more action and drama to the story. It was very predictable and expected that many viewers will start judging the bodybuilder, Calum Von Moger, who played Arnold Schwarzenegger, on his Arnold accent and body. I guess that must be an easy role to fill by a professional actor according to some viewers.
For a film that would most likely not been done by anyone else or at least not anyone with a huge budget, Bigger is a good movie to watch especially if you had followed Weider, his magazines and the IFBB during your life. If you never heard of Joe Weider or care about the history of bodybuilding then you may not have any connection to this film and be the one to give it a bad review because it isn't an interesting story to you and isn't filled with Grammy winning actors.
9 people found this helpful

Amazon CustomerReviewed in the United States on February 24, 2019
2.0 out of 5 stars
Good but wouldn't watch twice.
Verified purchase
I love good bodybuilding documentaries. There's Pumping Iron, The Golden Age of Bodybuilding, and even Generation Iron (2 was okay and 3 was the worst). I really enjoyed Bigger's intro and plot line of Joe Weider. How accurate it was I would need to do more research but I thought they portrayed a realistic look at how bodybuilding started in America as sort of a cultish following that was for homosexuals and weird guys. Then Joe made it into something real and fantastic for everyone. However, the casting of bodybuilders was ridiculous. It was nice that Sergio Jr. played his father, but the physiques are just not even close to the same. Calum von moger was probably the closest you could get to Arnold, but not a great actor. The other casting, trash. Arash rahbar as frank zane? Arash is one of my favorite modern bodybuilders, but frank zane?? Come on. The wigs were trash, the accents were trash, the training scenes were trash, the depiction of Jack Lalane, one of the most important role models of the time period, trash. I think a lot of time was put into the main characters and plot, but the subplot and supporting actors were rushed and watered down as an afterthought. Once they started showing Arnold and the classic bodybuilders of the era, it was over for me. It's like their budget ran out because they were paying these modern bodybuilders too much for their role/names in the movie. Atleast buy them some acting classes. Lastly, when a picture of Frank Columbu comes on the screen and they claim that the most famous Italian bodybuilder in history is NORWEIGAN, I can't help but vomit a little bit in my mouth. The history of bodybuilding is rich and diverse. This movie tried to portray that with the importance of Weider's jewish heritage, but they butcher it with every other name and face in the movie. Those guys mattered as well. Arnold's poor background mattered just as much. Franco's background mattered. How they came over to America at Joe Weider's request and made a name for themselves mattered. None of that was covered, just glossed over. I just wasn't satisfied after finishing the movie. I felt like I needed to watch Pumping Iron a few times just to get the satisfaction I wanted to have out of this movie.
9 people found this helpful

warrenReviewed in the United States on January 25, 2019
3.0 out of 5 stars
wudda, cudda, shudda
Verified purchase
with the history and background of body building this could have, should have,....been a fine biographical film. who wrote the script? who told the star to be a robot? was there a human director? anybody reading the script should have known this would be a clunker. the character roles were fine except none had a moment to shine. even the actor playing 'arnold' was a better actor than Arnold himself. this is what is known as missed chances. the real exciting story never got out of the camera.
4 people found this helpful

Rebecca RodriguesReviewed in the United States on July 7, 2020
4.0 out of 5 stars
Worth watching!!!
Verified purchase
As a bodybuilder myself, I really enjoyed this movie. It also gave abit of history regarding where the title Olympia in Mr. Olympia came from. Also, the strong man/weak man ads in the back of comics I used to see as a kid. (I just hope those very young lifters who watch this realize that every competitor at that level does a cocktail of growth hormones, steroids, etc... Not just diet and iron.) To all my brothers and sisters of iron. There is no color in the gym. We are all there for the same reason. God bless!! Enjoy the movie.
One person found this helpful

Feisty Redhead and Disabled VetReviewed in the United States on December 2, 2020
5.0 out of 5 stars
Must Watch! Wow!
Verified purchase
One of the best movies I've seen in years! I was totally engrossed- and it's not my type to watch. Tyler Hoechlin in particular is extraordinary. People talking about him being a robot don't understand that's exactly how the abused act. And he DEFINITELY wasn't a robot in the heartbreaking scene where he can't give Betty a happy memory- it actually brought me to tears (only the 2nd time a movie's done that and I'm 44) when he said he'd never had a birthday cake. Overall, absolutely recommend this movie!

Russell SReviewed in the United States on August 10, 2019
5.0 out of 5 stars
So much better than i thought
Verified purchase
Joe & Ben Weider were the architects of muscle! Against all odds, they launched an empire… Along the way they discovered ARNOLD SCHWARZENEGGER. First, Tyler Hoechler, what a great job he did in this movie. I think that this is a very accurate portrayal of what happened, The Weiders stepped on a bunch of toes. But through it all these guys just wanted more and more. They built an empire and began from nothing. I thought this was an amazing maovie and a wonderful story. The acting was superb.
2 people found this helpful

Gary CoyerReviewed in the United States on January 18, 2019
1.0 out of 5 stars
Boring and a mess
Verified purchase
Well it’s a good movie if you want to sleep. Boring jumbled mess.
4 people found this helpful
See all reviews
Back to top
Get to Know Us
Make Money with Us
Amazon Payment Products
Let Us Help You
EnglishChoose a language for shopping. United StatesChoose a country/region for shopping.
© 1996-2021, Amazon.com, Inc. or its affiliates