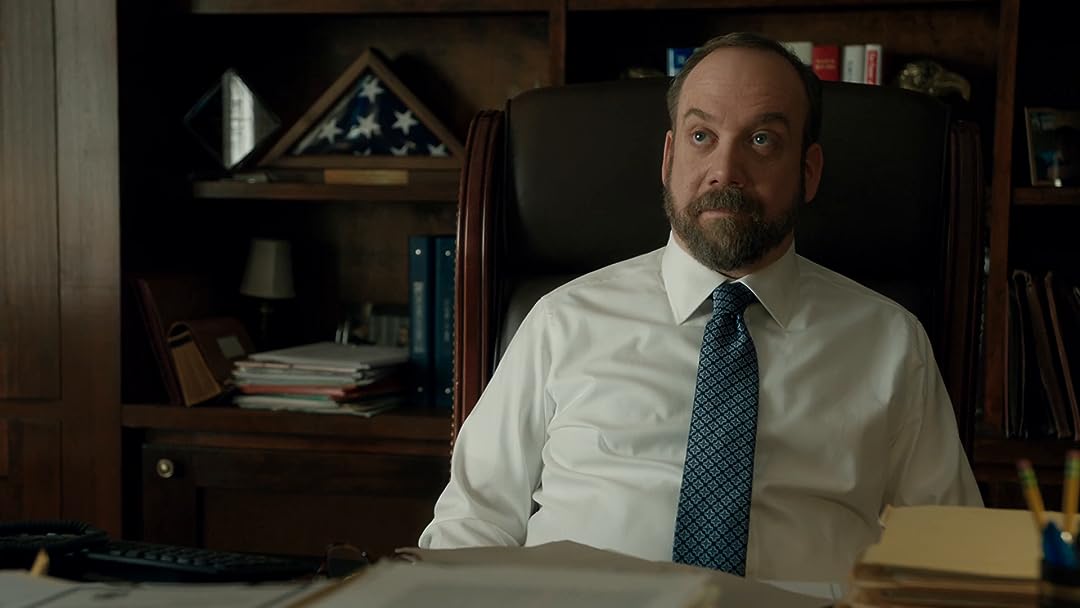 brian leeReviewed in the United States on March 6, 2020
1.0 out of 5 stars
rated X
Verified purchase
such filth with gratuitous sex and overuse of the F word. i made it through 4 episodes and decided I'll not watch again
211 people found this helpful

Sue C.Reviewed in the United States on October 11, 2020
1.0 out of 5 stars
I did not like this from the start
Verified purchase
I watched one episode and never turned it back on. It was just too full of language, and I just didn't like the feel. I wasted my money, and would really like a refund
67 people found this helpful

CDCEReviewed in the United States on February 4, 2021
1.0 out of 5 stars
The Episode Titles don't match the actual episodes
Verified purchase
While the Episode titles are in the correct order and named correctly, the actual shows are not what plays. This is impossible to watch since the Season is so out of order. Even if you google what is supposed to be in the episode, you have to watch quite a bit before you can tell if its the right one. Again, impossible to watch. Big disappointment.
43 people found this helpful

karennReviewed in the United States on December 1, 2016
5.0 out of 5 stars
Tune in for Giamatti. Binge on Lewis.
Verified purchase
BINGE! A superb show on so many levels....

First, Paul Giamatti and Damian Lewis are excellent. Perfectly cast and charismatic. I love these guys and would watch them in anything. I wasn't familiar with Lewis prior to Billions, but am now binging on some of his other shows (Life, Band of Brothers). Hard to believe he's British; he is a convincing New Yorker.

Second, the writing is smart and sublime. The storylines are perfectly crafted; the dialogue is tight, often funny. It's reminiscent of the writing on The Sopranos in which they created complex charismatic villains that you loved to watch and even root for. In Billions, the lines between heroes and villains becomes very murky. And just when you become sympathetic of one of the bad guys, he does something to make you hate him again. Plots are interesting and complex, often surprising. The character development is brilliant.

Third, the rest of the cast is excellent. I was so happy to see a couple of Suits actors in the cast.

Fourth, the female characters are all strong, smart overachievers who can hold their own against any of the males. Always nice to see that.

My husband is not a binge-watcher. Once I gobbled up the season, I cajoled him into watching "just the first episode," and after that he couldn't watch the rest of the season fast enough.

If you're hungry for great, smart scripted TV, you absolutely must watch!

TravisReviewed in the United States on October 19, 2020
5.0 out of 5 stars
Fantastic
Verified purchase
Fantastic acting from everyone involved. Great story line and character development.

Being a bit of a stock market myself, I appreciated it that much more. If you dabble in the market, you should watch this. It's about insider trading and the politics that revolve around it. Lots of grey areas in this show around morality.

Paul Giamatti is one of my favorite actors since his work on John Adams, and he does not disappoint. Damian Lewis who played Captain Winters on Band of Brothers, also fantastic.

One thing I have a problem with a lot of relationships in different movies is one or both couples just appear irrational for the sake of creating drama. But in this show, I didn't feel that way. The relationship between the US Attorney and his wife who works for Axelrod and Axe Capital is believable, and I couldn't pick a side. I was able to see both of their points of view, like I usually do with real people relationships.+

Ms. Rhoades is very attractive. She played on Son's of Anarchy. She did her role very well.

"Dollar Bill" an Axe Capital analyst is also noteworthy and likable. When Axe asks him what his level of certainty about making a trade... then he smiles and says, "I am not uncertain."
18 people found this helpful

PseudonymusReviewed in the United States on May 19, 2017
4.0 out of 5 stars
I didn't think I'd like it that much, but Season 2 became quite good!
Verified purchase
This show is quite realistic of its portrayals of the Hedge Fund world and the government's relationship with Wall Street. Although it gets pretty stereotypical and superficial in its worship of the power and money, at times it becomes quite real. If it were the case that Paul Giamatti's character were portrayed as the white knight fighting for the good of the public, I would have been disappointed. But the show does not stop there as also shows the world where Chuck Roades' father does business dealings that are quite similar to what Axelrod is doing and are simply not prosecuted at all. Also its storytelling of Albany's politics and the power behind the scenes is simply real.
18 people found this helpful

Claudia47Reviewed in the United States on January 2, 2017
5.0 out of 5 stars
A Fascinating Study of Charismatic Characters - Not to Be Missed
Verified purchase
[[ASIN:B019ZUZ3RU Billions Season 1]]
I tuned in an watched this last year, during a free Showtime Trial...I got hooked. It's the story of a young, aggressive hedge fund manager and the U.S. Attorney whose life mission it is to bring him down for insider trading. Despite the financial theme, it is anything but dull. Not only is the dialog sharp and plots interesting, but the series includes a large cast of extremely watchable characters. This is one of those series that you'll watch over and over, just to catch all the details. I liked it so much that I added Showtime to my Prime membership just so I won't miss the February, 2017 Season 2 premiere. Highly recommended.
23 people found this helpful
See all reviews
Back to top
Get to Know Us
Make Money with Us
Amazon Payment Products
Let Us Help You
EnglishChoose a language for shopping. United StatesChoose a country/region for shopping.
© 1996-2022, Amazon.com, Inc. or its affiliates