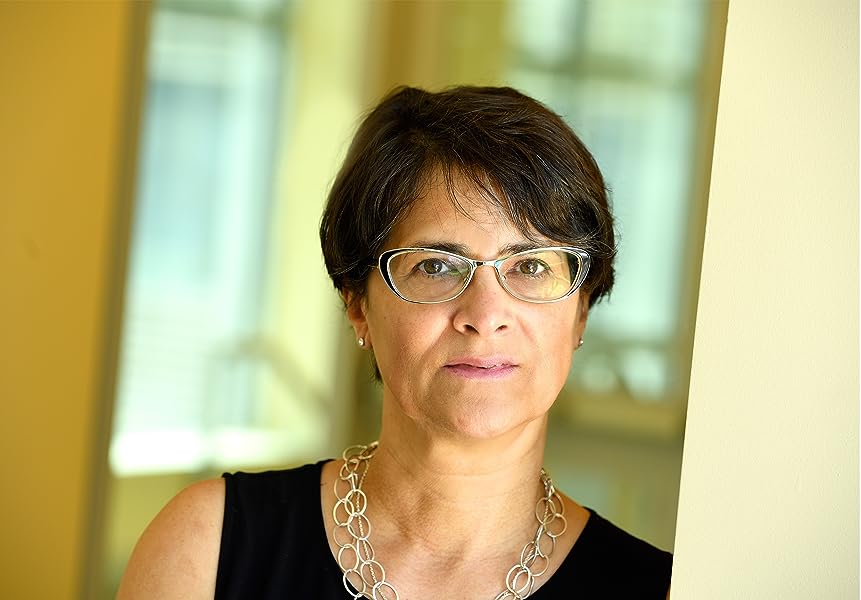 "Beautifully written and deeply researched, Birthright Citizens transforms our understanding of the evolution of citizenship in nineteenth-century America. Martha Jones demonstrates how the constitutional revolution of Reconstruction had roots not simply in legal treatises and court decisions but in the day to day struggles of pre-Civil War African-Americans for equal rights as members of the national community."-Eric Foner, Columbia University, author of Reconstruction:American Unfinished Revolution, 1863-1877 and The Fiery Trial: Abraham Lincoln and American Slavery

"Birthright Citizens is a brilliant and richly researched work that could not be more timely. Who is inside and who is outside the American circle of citizenship has been a fraught question from the Republic's very beginnings. With great clarity and insight, Jones mines available records to show how one group--black Americans in pre-Civil War Baltimore-- sought to claim rights of citizenship in a place where they had lived and labored. This is a must-read for all who are interested in what it means to be an American." -Annette Gordon-Reed, Harvard University, author of The Hemingses of Monticello: An American Family and "Most Blessed of the Patriarchs": Thomas Jefferson and the Empire of the Imagination

"Birthright Citizens gives new life to a long trajectory of African Americans' efforts to contest the meaning of citizenship through law and legal action. They claimed citizenship rights in the courts of Baltimore, decades before the concept was codified in the federal constitution- ordinary people, even the formally disfranchised, actively engaged in shaping what citizenship meant for everyone. Martha Jones takes a novel approach that scholars and legal practitioners will need to reckon with to understand history and our own times." -Tera Hunter, Princeton University, author of Bound inWedlock: Slave and Free Black Marriage in the Nineteenth Century
"Martha S. Jones sheds new light on the Dred Scott decision and the unrelenting African American fight for citizenship with original and compelling arguments grounded in remarkable research. Birthright Citizens is revelatory and timely, a book that arrives as another group of Americans wages another unrelenting fight for citizenship." -Ibram X. Kendi, American University, author of Stamped from the Beginning: The Definitive History of Racist Ideas in America

"In this exacting study, legal historian Martha Jones reinterprets the Dred Scott decision through a fresh and utterly revealing lens, reframing this key case as just one moment in a long and difficult contest over race and rights. Jones mines Baltimore court records to uncover a textured legal landscape in which free black men and women knew and used the law to push for and act on rights not clearly guaranteed to them. Her sensitive and brilliant analysis transforms how we view the status of free blacks under the law, even as her vivid writing brings Baltimore vibrantly alive, revealing the import of local domains and institutions - states, cities, courthouses, churches, and even ships - to the larger national drama of African American history. Part meditation on a great nineteenth-century city, part implicit reflection on contemporary immigration politics, and part historical-legal thriller, Birthright Citizens is an astonishing revelation of the intricacies and vagaries of black struggles for the rights of citizenship." -Tiya Miles, author of The Dawn of Detroit: A Chronicle of Slavery and Freedom in the City of the Straits

"Martha Jones's 'history of race and rights' utterly upends our understanding of the genealogy of citizenship. By showcasing ordinary people acting on their understanding of law's potentialities, Jones demonstrates the vibrancy of antebellum black ideas of birthright citizenship and their impact on black political and intellectuallife. Written with verve, and pulling back the curtain on the scholar's craft, Birthright Citizens makes an important contribution to both African American and socio-legal history." -Dylan Penningroth, University of California, Berkeley, author of The Claims of Kinfolk: African American Property and Community in the Nineteenth-Century South

Birthright Citizens examines how black Americans transformed the terms of belonging for all Americans before the Civil War. They battled against black laws and threats of exile, arguing that citizenship was rooted in birth, not race. The Fourteenth Amendment affirmed this principle, one that still today determines who is a citizen.

Winner of the Organization of American Historians' 2019 Liberty Legacy Foundation Award for the best book on civil rights in the United States anytime from 1776 to the present.
Finalist for the 2019 PROSE Award for best book in U.S./North American History by the American Association of Publishers.
On the eve of the Civil War, nearly half a million people, the majority of them born in the United States, lived with their rights always subject to political whim and their belonging always subject to the threat of removal. We might say that they were not unlike today's unauthorized immigrants and their children, at least to the degree that free people of color were also a community that endured episodes of punitive legislation and efforts to force their exile. Birthright Citizens is their story.

Martha S. Jones is the Society of Black Alumni Presidential Professor and Professor of History at The Johns Hopkins University. She was formerly a Presidential Bicentennial Professor at the University of Michigan, and was a founding director of the Michigan Law School Program in Race, Law and History. She is the author of All Bound Up Together: The Woman Question in African American Public Culture, 1830-1900 (2007) and co-editor of Toward an Intellectual History of Black Women (2015).
Read more
Start reading Birthright Citizens on your Kindle in under a minute.

4.4 out of 5 stars
4.4 out of 5
18 customer ratings
How does Amazon calculate star ratings?
Amazon calculates a product’s star ratings based on a machine learned model instead of a raw data average. The model takes into account factors including the age of a rating, whether the ratings are from verified purchasers, and factors that establish reviewer trustworthiness.
Top Reviews

Charles W. Mitchell
5.0 out of 5 stars How African Americans Used Law and Legal Action to Seize Citizenship for Themselves
Reviewed in the United States on October 26, 2018
Verified Purchase
Martha S. Jones has delved into a wide range of archival sources to tell the story of extraordinary black activists who overcame white supremacy (including colonization plans designed to exile blacks) by relentlessly pressing for rights through legislative action and the court system in antebellum Baltimore. The stories are told through the lenses of black seamen, black churches, property and firearm ownership, and efforts to adjudicate claims in Baltimore city and Maryland state courthouses. Jones's powerful concluding chapter on the legacy of the 1857 Dred Scott decision in Maryland underscores the Kafkaesque situation blacks could face; i.e., that a state could grant citizenship rights without granting citizenship--even in the wake of judicial rulings stating that blacks, while "inferior and subordinate" to whites, had "standing." Jones's prior career as a public interest lawyer in New York City allows her to approach this subject with insight and sensitivity.
Read more
16 people found this helpful
Helpful
Comment Report abuse

Michelle
5.0 out of 5 stars Excellent Study of Race and Rights in Antebellum Baltimore
Reviewed in the United States on February 27, 2020
Verified Purchase
I've had this book for a little over a year now, and I *finally* had the chance to read it last fall. Martha S. Jones has authored a really wonderful monograph about free African Americans in antebellum, popular constitutionalism, and legal consciousness. This is a must read for anyone doing 19th century U.S. history, both transnational and domestic. 'Birthright Citizens' is an excellent example of how studies in legal history can attend to law as much as they attend to cultural life.
Read more
2 people found this helpful
Helpful
Comment Report abuse

reader
2.0 out of 5 stars extremely dry
Reviewed in the United States on September 17, 2018
Verified Purchase
made what is an interesting and important topic very boring
Read more
8 people found this helpful
Helpful
Comment Report abuse

Client d'Amazon
5.0 out of 5 stars I loved this book
Reviewed in the United States on July 6, 2018
I loved this book! Martha Jones is transparent about her archival process and the present-day connections her book has with spaces around Baltimore, such as the local courthouse. One of her arguments is that citizenship is not just a concept defined and dictated by the Constitution; citizenship is also understood and practiced by free blacks despite rulings such as Dred Scott. This book changed my conception of law​ because it made me think about how ordinary people are also part of defining it through practices such as traveling and claiming property. I would highly recommend this book to anyone interested in a history of law that deals with everyday life in free black communities!
Read more
17 people found this helpful
Helpful
Comment Report abuse

David Silkenat
5.0 out of 5 stars Excellent!
Reviewed in the United States on September 12, 2019
A very important and timely study of citizenship and race.
Read more
Helpful
Comment Report abuse
See all reviews from the United States