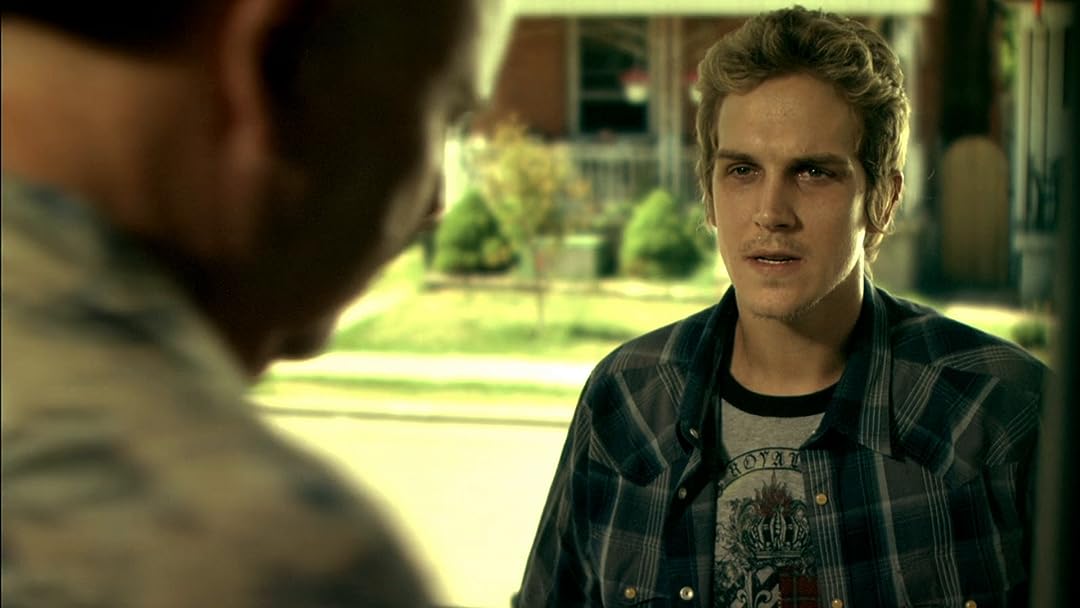 (160)
5.11 h 28 min2010X-RayUHDR
Jack is a night-shift paramedic who rescues a troubled young woman from the throes of death. When he brings Danika home to mend, he discovers she's a vampire. Otherwise, she's really perfect. But as the victims pile up, Jack questions his own fate.

The Real CieReviewed in the United States on December 7, 2020
2.0 out of 5 stars
Sadly, mostly an excuse for T&A
Verified purchase
I knew this film was not going to be high art. I enjoyed the dark humor and the characters were, overall, interesting. The idea of a vampire being reluctant and not in control of their transformation was compelling. However, the movie was mostly an excuse to show bare female breasts and booty and women writhing around groaning in a sexualized fashion while covered in fake blood. It was an excuse for softcore porn wrapped in a passable B-movie storyline. If that sort of thing is your bag, baby, then, by all means, watch away.
15 people found this helpful

Christopher HuntReviewed in the United States on November 15, 2020
1.0 out of 5 stars
Hot Garbage
Verified purchase
A pretty hot piece of garbage. The film feels like it was put together by an edgy outsider teenager with little-to-no conceptualization of how humans interact. I ended up hating every character after only 5 minutes with each of them.

It brings the following images to mind:

1-5 scale from terrible to great:

acting delivery: 2
Just grating and poorly felt on all accounts. I feel bad for Jason Mewes, who has certainly the talent to perform in properly directed and produced films, perhaps the poor delivery of acting was due to the actors' struggling with what was clearly bad production.

character development: 1
What characters? They were all static extras.

physical effects:
The vampire contacts were low quality and distracting. The blood was fine.

soundtrack / score: 3
Arguably the best part of the film. simply because it has no personality with which to offend the viewer. The sarcasm in the music choice was too heavy handed to be clever.

cinematography: 3
The quality of final, produced video was very bad, choices for framing were standard film-school fare, some decent transitions.

TReviewed in the United States on January 11, 2021
2.0 out of 5 stars
Quite dumb
Verified purchase
It stars Jason Edward Mewes. He is best known for playing Jay from Jay and Silent Bob. I'd never bothered to look up his name, and it oddly wasn't listed with the details of the film here even though he is the film's lead.

It starts out kind of funny and I was hoping that would carry through the entire film. It really didn't. It deteriorated into mostly softcore p**n with a lot of fake blood everywhere and a lot of bare breasts and butt shots in underwear and a lot of simulated sex.

Funny moments here and there but not enough to redeem a bad film.
6 people found this helpful

Peter S. BradleyReviewed in the United States on March 21, 2021
2.0 out of 5 stars
Horror/Comedy/Romance Miscue
Verified purchase
Bitten with Jason Mewes

This movie was trying to hit the sweet spot of Horror/Comedy/Romance and failed.

Jack (Jason Mewe, aka, Jay of "Jay and Silent Bob) is an overworked EMT. His life sucks. He spends his work hours repeatedly saving the lives of the same junkies and his girlfriend has broken up with him, when he meets a seemingly perfect girl, except that she's a vampire. Initially, he's smitten because she's a "10" (and we viewers get to see a fair amount of nudity), then it seems that "vampire" is another word for "junkie" and he has to end the relationship.

Unfortunately, the movie is fairly predictable in all of this. In addition, none of the characters were likable. By rights, Jason Mewe's character should have been sympathetic as an EMT caring for the poor and taking in an assault victim, but he doesn't pull it off, perhaps, because the movie treats some horrific scenes as unfunny comedy.

This movie is obviously intended as a dark comedy, but the comedy angle is more presumed than achieved. Occasionally, the movie shows some comedy tropes such as a tight focus on a speaking character, but the problem is that the situation isn't funny.

The movie is ultimately lackluster and finally inconclusive.
4 people found this helpful

All American ReviewsReviewed in the United States on July 14, 2019
3.0 out of 5 stars
A Cute Little Vampire Movie
Verified purchase
This is a cute little, low-budget vampire movie made in 2010 that I somehow managed to overlook prior to now. Starring Jay and Silent Bob's Jason Mewes it's pretty obvious from frame one that this is going to be a comedy that satirizes horror films rather than imitates them, but I ended up enjoying the mixed content and somewhat slapstick comedy spots.

Let's face it, Mewes is no Sir Lawrence Olivier. What he lacks in dramatic acting chops he makes up for in comedy timing though. This is a performance you would expect from a low-budget comedy, The rest of the cast are probably better actors and help to balance out the film a bit.

The film has some short, dramatic moments but for the most part keeps things pretty light. It does seem to be serious in following in the footsteps of more traditional vampire films by following the unofficial code of vampire movie writing. I have no idea if there is an official book for vampire movie writer's out there, but the screen writers here seem to know exactly what vampires are and are not supposed to do. With that, I get the impression that the script was probably produced by some pretty hard core vampire movie fans rather than just aimless comedy writers.

While the film was definitely made on a shoestring, they did a pretty good job of staying away from ridiculous CGI and crappy special effects. The films is pretty gritty and realistic in that sense. Mostly, it is about getting laughs and entertaining the audience though. One note worth mentioning is that there is quite a lot of gore, swearing and nudity, including a 3-way sex scene. This is definitely not a film for letting the kids watch. I'd say that if you are a fan of Mewes' other role as Jay in the Jay and Silent Bob films (JASB Strike Back, Clerks, Mall Rats, Dogma, etc.) you will probably enjoy this little film as well.
3 people found this helpful

Bianka BlackReviewed in the United States on February 21, 2021
1.0 out of 5 stars
Sexist, backward, and stupid
Verified purchase
The ideas for this movie maybe weren't too bad but the delivery was awful. The acting awful, the film work like something from bad 90's indie movies. The older buddy EMT is a trash human who I hoped I'd at least get to see die horribly but of course not because at least that would have been redeeming. It's like some lame dude had a bad break up decided to live out their immature fantasies to get over not being mature enough to handle real life with real women and decided to make up this horrid little bit of art.
2 people found this helpful

Steven A. FletcherReviewed in the United States on May 8, 2018
5.0 out of 5 stars
Perfect Vampire Movie
Verified purchase
This movie has an interesting portrayal of someone who wakes up in a pile of trash and turns out to be a vampire. She's a fairly traditional vampire, but still has a human personality. She's not a generic monster. And she's definitely not one of those newfangled nice vampires that have become so common.

There is some nudity, which is fine.

I wish this movie had a sequel or was part of a tv series or something. Then, it could explore vampirism more. Since this is only a single movie, it can only cover so much. By the way, this has no relation to the tv show Bitten; some of the reviewers seemed to be disappointed because it was something different.

I watched this movie for free with prime, but I would have gladly paid for it. I don't usually write reviews on Amazon any more, but this movie was so good that I felt I head to.

I think the movie Ginger Snaps would appeal to the people who liked this movie, though this one is better. Ginger Snaps has someone gradually becoming a werewolf and is about the things she has to go through. Bitten is a bit more "adult".

coratherReviewed in the United States on May 18, 2022
5.0 out of 5 stars
Short review of Bitten
Verified purchase
Why the five star rating?

This film is a take on the vampire genre. It doesn't take itself seriously and you shouldn't either. What you get is a great low budget genuinely humorous (at times) film that also touches on relationship issues and how people can be blinded by love despite the obvious problems staring you right in the face.

So why the five star rating? I think it's under rated. It's not trying to take any moral high ground, it's just a great goofy film that could end up as a cult classic.
One person found this helpful
See all reviews
Back to top
Get to Know Us
Make Money with Us
Amazon Payment Products
Let Us Help You
EnglishChoose a language for shopping. United StatesChoose a country/region for shopping.
© 1996-2022, Amazon.com, Inc. or its affiliates