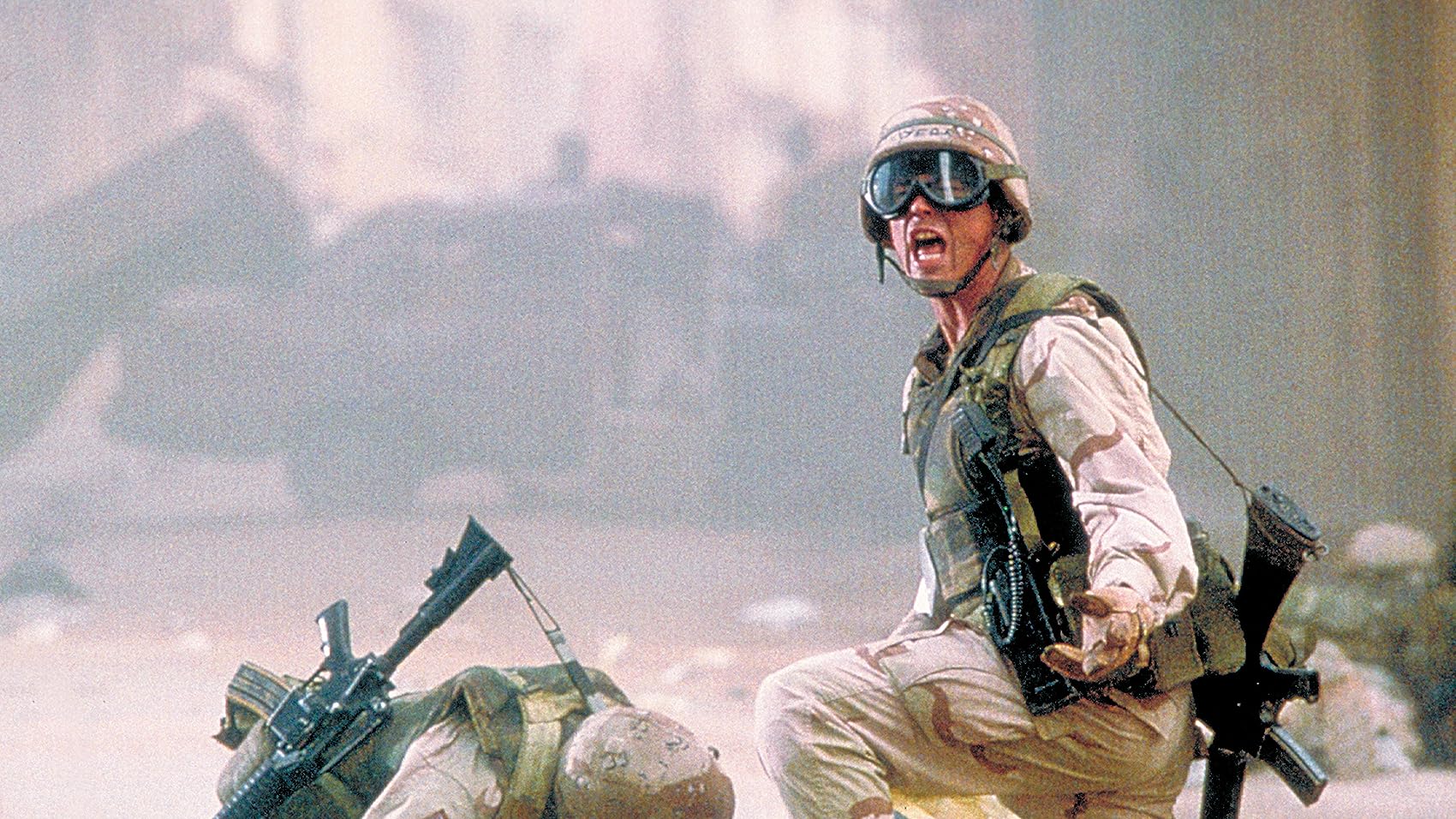 (566)
7.72 h 24 min2002X-RayR
Based on the true story of a war waged in Mogadishu by the high tech Black Hawk helicopters and the US Army Rangers and Deltas.

Mary M. RoeReviewed in the United States on November 15, 2017
5.0 out of 5 stars
The First Battle of Mogadishu
Verified purchase
Most people probably think this battle was called Black Hawk Down, the name of the book that the movie is based on. In fact, it has a name - the First Battle of Mogadishu - to distinguish it from the NINE other battles for Mogadishu in the long civil war of Somalia. Living in a military town you hear things that aren't generally expressed and don't become common knowledge. The military was concerned when the Marines were pulled that all the heavy weapons, tanks and the like, were pulled with them. They were told that the UN had plenty and would provide them. The Somali's, along with a lot of other soon and potential enemies, believed that if you kill enough Americans they will leave. This is the lesson they got out of Vietnam. What Washington displayed in Somalia was a stunning ignorance of any of the lessons from Vietnam, tragically one of those lessons is that you can not direct every action of a war from Washington and we continue to miss that one.
The movie does an excellent job of showing how the military can go from mind numbing boredom to a desperate chaotic battle for survival in seconds. It also does an excellent job at pointing out that the first horrible moments dispel any gung-ho attitudes that anyone might have had before the first shots were fired. This battle was the first time most Americans had even heard of the Delta Force and the movie does a good job of pointing out how these mostly older men were something of a legend even to the brave Rangers and how they had a calming effect in the midst of the chaos. Gordon and Shugart are the names of the two Delta Force men who displayed the uncommon courage of entering a firefight they knew they could not survive in order to save a brother soldier.
There are important lessons that we can still learn from this battle. We should always make sure that everything our soldiers could need is in the hands of our own. We need to take the target off of our men and women, we do this by making sure of why we go where we go and that the cause is worth their blood.

Trish M.Reviewed in the United States on July 19, 2020
5.0 out of 5 stars
Relentless Action
Verified purchase
Ridley Scott did a masterful job capturing the nightmarish hell the Delta Force and Rangers went through in the Battle of Mogadishu. This movie is packed with taut suspense and relentless, non-stop action. However, I do feel guilty describing it as a form of entertainment because the story is based on real life events. It's filmed in such a way that it makes you feel as if you're there with the soldiers in the middle of the battle. What a horrific incident but the movie does drive home a major theme - that of brotherhood and risking and sacrificing your life for your brothers. I'm as moved by this today as I was the first time I saw this movie when it was first released. Highly recommend.
7 people found this helpful

Butterflymom54Reviewed in the United States on August 23, 2019
5.0 out of 5 stars
A bloodbath
Verified purchase
Lot's of blood, guts and screaming. Death all throughout. Cursing and yelling. However the courage and relationships between these men is amazing. These men joined up for honor. They did what they were told. They fought, defended and gave their lives for each other. War may be something I may never understand but I can understand leaving no one behind. If you have a strong mind, cab maintain strength of emotion and have an open mind and heart, this movie, to me is one of my favorite and I recommend it. Mainly based on the Actors I have come to love. Something exciting about seeing them all together. I look forward to researching this event further. Hope we can all learn from these wars. Hate that it happened. Men love the darkness!! May we come to love the light and defend it at all cost!
8 people found this helpful

MoanakaiReviewed in the United States on November 11, 2017
5.0 out of 5 stars
Based on true story is always the best for me
Verified purchase
If you really want to know what our service people go through watch this film, it is so realistic you feel you're part of the scenes. Though it may be difficult to watch at times it contains important information about motives and intentions, courage, and friendships so deep no one could understand unless you were there.
11 people found this helpful

will crowReviewed in the United States on October 20, 2021
3.0 out of 5 stars
recruiting poster for the legion
Verified purchase
Good soundtrack, sweaty dudes in close ups with nifty quips and comebacks. This is what the military needs to keep filling the ranks with bodies. There is no ''here'' here. It's a recruiting poster for the new storm troopers, the empire's legion.
I'm not sure it beats running a tractor in Oklahoma or delivering potato chips to convenience stores though. You might be a hero to some but you'll be wondering why someday.

End UserReviewed in the United States on June 2, 2021
5.0 out of 5 stars
This Is A Must See
Verified purchase
Exactly what needed to be depicted, about this occurrence, was expertly conveyed. The acting was not overdone, the realities of being wounded were set forth in a believable manner. Casting superb.
One person found this helpful

amb8Reviewed in the United States on January 19, 2016
5.0 out of 5 stars
What a film!!
Verified purchase
sat on the edge of my seat...even though I knew the outcome. the action and adventure in this film were unbelievable, the cast was most impressive, the acting very very good. I even liked the musical score, which I rarely notice in a film. I loved the friendship of the soldiers and everyone's belief that no one is left behind. I enjoy the war movie genre and this one was right up there with some of the best. There was a lot of blood and it was a bit gory-definitely not for the faint of heart. It was 2 1/2 hours long, but I didn't notice...didn't look at the clock once to see how much longer it was going to go on. I would highly recommend this movie. It tells the story of modern day warfare and I will never forget the bravery of these young soldiers.
7 people found this helpful

Otto Smoktonowicz JrReviewed in the United States on June 2, 2021
5.0 out of 5 stars
Soldiers fight to protect each other.
Verified purchase
Thrilling account of a heroic military and humanitarian effort by US soldiers who were put at risk by politicians. Nevertheless, we can be proud of the self-sacrifice of our soldiers.
One person found this helpful
See all reviews
Back to top
Get to Know Us
Make Money with Us
Amazon Payment Products
Let Us Help You
EnglishChoose a language for shopping. United StatesChoose a country/region for shopping.
© 1996-2022, Amazon.com, Inc. or its affiliates