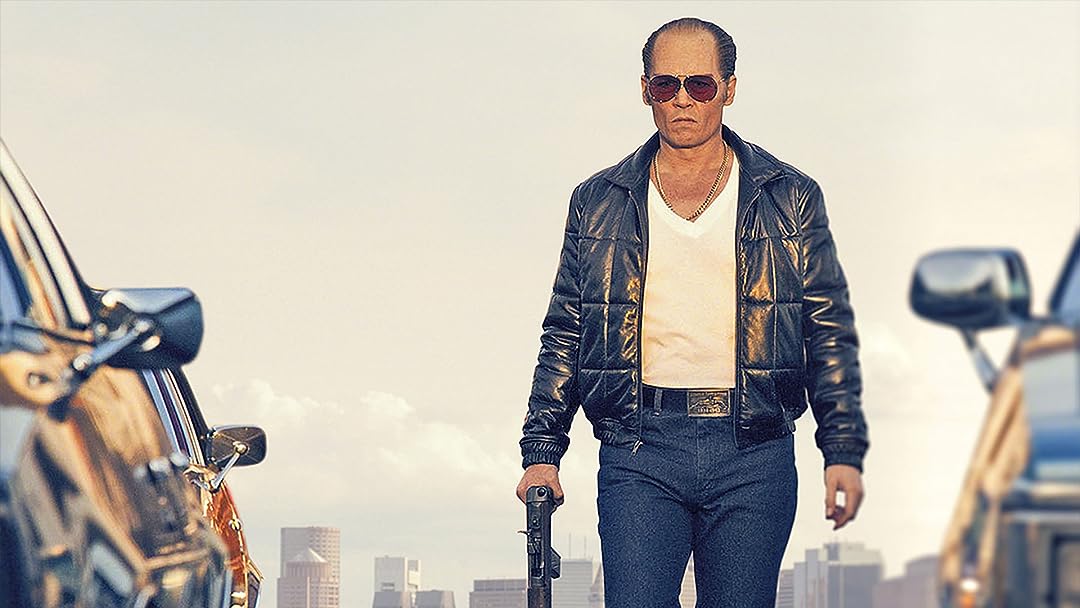 CenturionReviewed in the United States on August 10, 2016
5.0 out of 5 stars
The best portrayel of Whitey Bulger and his crimes as I've ever seen.
Verified purchase
This story about Whitey Bulger and the Winter Hill Gang is spot on. It is played well by Johnny Depp and he is very convincing as Bulger, an murderous scoundrel. I was particularly interested in the part about the Roger Wheeler murder as I was a Tulsa Police Officer at the time an my partner became Mrs. Wheeler's body guard after Roger was murdered in the parking lot of the Southern Hills Country Club in Tulsa because he wouldn't allow the Winter Hill gang to infiltrate and control the World High Alai sports in Florida that Wheeler owned. There are also interviews with some of the Tulsa detectives who worked the case for years, even thought the FBI knew who the killer was but covered it up and impeded the investigation since Bulger was an informant. I highly recommend this movie!
48 people found this helpful

Allen Garfield's #1 fan.Reviewed in the United States on June 20, 2019
3.0 out of 5 stars
Pedestrian.
Verified purchase
The kind of movie that has the obligatory scene(s) of the psychopathic gangster hugging and kissing his wife and kid. The dichotomy and whatnot... wow, right?

Second tier gangster flick (interchangeable with any other city/ethnicity/crime boss). Boston's Irish mob in general, and Whitey Bulger in particular. (You won't "understand" Bulger after viewing.) All the clichés and not much else. Watch The Departed (again) instead.

piano ladyReviewed in the United States on October 29, 2021
5.0 out of 5 stars
A true story written and acted with accuracy to the characters and the events at the time.
Verified purchase
Another Johnny Depp masterpiece! All actors did excellent jobs of bringing to life those involved in the labyrinth of gangs, their ever twisting goals. The entropy resulting from the tensions and fights, both internal and personally, and externally, between each other rises and falls as loyalty and compromised decisions by the FBI leads to the ultimate downfall of many, yet the end victory for others, though tarnished, end the end, by bad judgements that could not sustain even the purest of intentions. A very good venture into the underworld of organized and and not so organized crime, along with lots of dragging through dirt by all.
2 people found this helpful

GymBumReviewed in the United States on August 10, 2019
4.0 out of 5 stars
For Bostnians and Irish mob fans only
Verified purchase
I grew up in Boston during the time of whitey Bulger, so for me it was more of a trip down memory lane in a couple of smiles as I recognized some local places.

Many of my friends grew up in southie and Quincy. The whole notion of whitey Bulger was tremendously romanticized by the press, this guy was just a straight-up thug, he had a small territory in a small City, and he warred with other New England territories. Recently he passed in jail of a knife wound, a sad end to what's almost aImost a deserving end to a life lived in violence. Every time I drive by the Neponset river...

What really mystified me is why Johnny Depp? I could walk down my street and find a dozen guys that look more like Bulger than Depp. There were some minor inaccuracies in the writing, but I'm a Townie, any Townie would slough it off, as I did.

Again, this is a movie with more meaning to us locals, I'm sure every major city has guys like him. All in all, 👍👍

R. S. KernReviewed in the United States on April 19, 2016
4.0 out of 5 stars
Boss of Boston Lowlife
Verified purchase
I liked this one a lot. Long past his heartthrob era, Johnny Depp became a real actor able to deliver a chill when his face subtly changes to an expression of expectant evil -- which it does frequently in Black Mass. Telling a true story about a mobster responsible for so many deaths could become a "Valachi Papers" exercise in just one killing after another, which this film does, but there is that deep family / friendship / loyalty thing done in a fresh way to keep it real. It also mixes in a lot that is Boston as a character, we really felt the desperation of citizens, the detachment of the authorities, the rot of the bad parts of town. The story was engrossing, and as each newly introduced character lines up in either the "how's this one going to get it?" or "I'm gonna get that guy" line we followed the whole epic with interest.
You have to review a movie on what it delivers, not what it isn't, so I should stop there. How you feel afterwards, however, is fair game. We both wanted a "big set piece of action" somewhere in the second half -- something to really say this was a movie -- and also to 'feel' a bit more for the guy who, in the end, was so murderous that would probably have been inappropriate. Lastly, we did enjoy seeing the very things we had seen in the news about this guy. He was interesting and the film is interesting.
9 people found this helpful

LoriReviewed in the United States on January 24, 2022
5.0 out of 5 stars
One of my all time favorite movies!
Verified purchase
Johnny Depp's should have gotten an Oscar. I absolutely love this movie. The only thing that wasn't historically correct was that several FBI agents out of the Boston office were taking bribes & they through the one agent under the bus. This movie is creepy fun!
4 people found this helpful

Sony_XLReviewed in the United States on April 6, 2016
3.0 out of 5 stars
characters were wasted
Verified purchase
I was really looking forward to this movie but at the end it was a bit underwhelming. Good acting from Johnny Depp and Joel Edgerton. Depp in particular is menacing as Bulger.

Some characters were wasted such as Benedict Cumberbatch as whiteys brother and Corey Stroll as whyshak. But I guess they couldn't fit them all in the movie.

Some unnecessary scenes like the dinner scene with David Harbor which i suspect they were trying to make like the "what do you mean funny", scene from Goodfellas.

M. JoyReviewed in the United States on February 22, 2016
2.0 out of 5 stars
Not To My Liking
Verified purchase
I do like a good "org crime" movie. Just to give you an idea what my tastes are like, I liked the Untouchables - and loved the more-recent "The departed". I also loved Depp in the movie "The Ninth Gate" - which I personally hold as my fav JD role. This movie just didn't do anything for me. I STILL failed to even recognize Depp "in character" (or in make-up, whatever) and although there is a good bit of violent merciless bloodshed, the storyline didn't entertain, nor did it have any "ending" to it that satisfied my definition of a good flick. It just wasn't. I am sorry I bought it. Normally I don't post movie reviews on Amazon. I typically reserve them for other movie-oriented sites leaving Amazon as more of a "product" oriented site. But since I bought it here........
2 people found this helpful
See all reviews
Back to top
Get to Know Us
Make Money with Us
Amazon Payment Products
Let Us Help You
EnglishChoose a language for shopping. United StatesChoose a country/region for shopping.
© 1996-2022, Amazon.com, Inc. or its affiliates