You've subscribed to Black Widow (2010)! We will preorder your items within 24 hours of when they become available. When new books are released, we'll charge your default payment method for the lowest price available during the pre-order period.
Update your device or payment method, cancel individual pre-orders or your subscription at
Your Memberships & Subscriptions
There was an error. We were unable to process your subscription due to an error. Please refresh and try again. 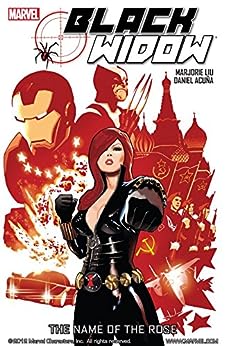 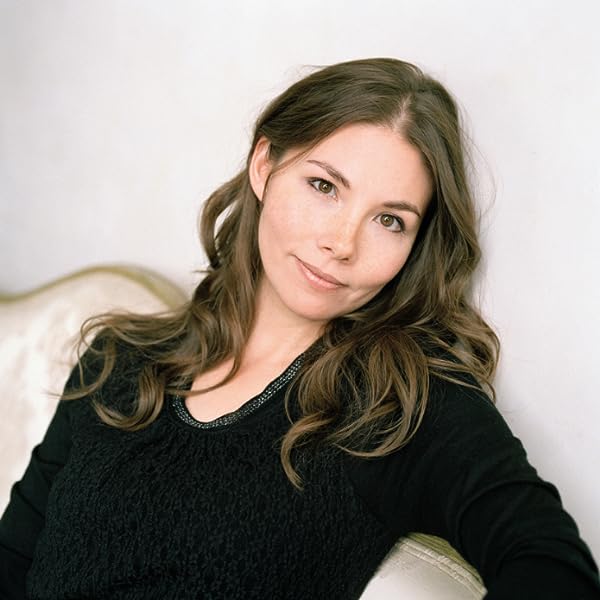 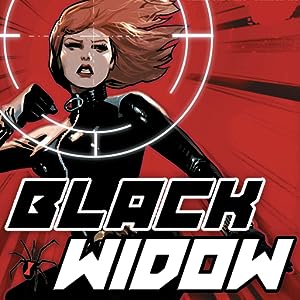 4.3 out of 5 stars
4.3 out of 5
79 global ratings
How are ratings calculated?
To calculate the overall star rating and percentage breakdown by star, we don’t use a simple average. Instead, our system considers things like how recent a review is and if the reviewer bought the item on Amazon. It also analyzes reviews to verify trustworthiness.
Top reviews

NF
4.0 out of 5 stars The heart of the Black Widow
Reviewed in the United States on February 23, 2014
Verified Purchase
The Black Widow, as imagined by most of the Marvel writers thus far, has been something of an odd character. She's too good to simply throw away but, so far, she hasn't been good enough to stand on her own, so she's been a long-running major supporting player on Iron Man, the Avengers, Daredevil, and Captain America, in turn.

The Name of the Rose graphic novel captures the five-part Black Widow mini-series, where the Widow faces one of her toughest challenges, one that will assault her on a myriad of levels, physical, emotional, and mental, and that will nearly kill her. And that will resurrect people and events that she thought were long buried and forgotten.

The series begins with the Widow being sent a faded black rose and a ribbon. She has some inkling as to what they mean but will not tell even her closest friends and associates. This is her mystery and her fight and she will pursue it alone, on a quest that takes her all over the world as well as to decades in her past. There are some good interactions between the major players in this mini-series, including gems like:

Wolverine: Just a flesh wound, right?
Black Widow: Bleeding stumps are flesh wounds. What I've got is a scratch.

And a lovely bit very reminiscent of a scene in the Avengers movie where Natasha ... well, I won't say any more. This mini-series also understands that, at heart, the Black Widow is first and foremost, a spy, and that continues to have ripple effects through her entire life even after she has, in theory, given up the profession.

So what didn't I like?
- Natasha got taken out far too easily early in the mini-series.
- Based on personal experience, you don't get your abdomen sliced open, then stitched up again, then immediately go out and get into a fight.
- The motivation of one of the secondary villains was, frankly, a bit suspect.
- You really have to suspend your disbelief when it comes to how the major villain found out a crucial bit of information.

Note: I'm being vague because I don't want to spoil anything here. These are all fairly minor issues, though, and just require a bit of the usual "willing suspension of disbelief." Overall, the graphic novel is very good and it really gets to the heart of Natasha's character, as well as offering plenty of mystery, action, mood, and even a little romance and fun. I can recommend it unreservedly if you're a Black Widow fan or if you just like an enjoyable moody mystery and an indomitable character.
Read more
5 people found this helpful
Helpful
Report abuse

Mel Odom
4.0 out of 5 stars Good Story
Reviewed in the United States on May 11, 2014
Verified Purchase
I read the first issue of this graphic novel collection when it came out and was impressed. The story is pretty emotional and there’s lots of action along the way.

Marjorie Liu is a novelist by trade, and the layered plot shows off those skills. She also does a really good job building up all the Marvel characters that are in Black Widow’s life. Captain America (Winter Soldier version), Wolverine, and Tony Stark all ring true.

The initial impetus of the story is well-done, cycling quickly up into the action regarding the attack on our heroine. However, I had to ask myself, if the eventual baddie really wanted her dead, why not kill her then? It’s a complaint I (and several other readers/watchers) haven whenever a hero ends up totally in the villain’s clutches. I have a hard time understanding why a villain wouldn’t take care of business at that moment.

The “bug” the Black Widow carried bothered me too. Sure, she’s a spy and not from America, and she has a checkered past, but she’s resolved all of that, right? At least, I’d thought so. And I seemed to be more put off by that revelation that the heroes. You can’t just dismiss that as “that’s what she does.” Tony Stark at least would have known with all the tech he deals with. And I think Wolverine might have smelled the bug on her.

After the initial action, things kind of slow down and take a step back. Black Widow pursues her villain, and along the way we get to know more about her, but I’m not sure that her loss really deepens the story enough. It would be enough for another character, but I just can’t see it with the Black Widow because there has been so much history there. The emotional scars would have shown up somewhere along the way. Especially with the way she’s confronted about her reluctance to hold a child.

Although I was a little jarred by the subject matter, Liu is an excellent storyteller. There’s enough interaction between the characters, the back and forth between the Widow and Bucky – especially with them being lovers, that I bought into that particular emotional journey.

Daniel Acuna’s art is fantastic. I don’t know what the medium was that he used, but it almost looks like watercolors, bright and liquid. His panel breakdowns are very well done, and I ended up going back through the book just to look at the art after I’d finished reading.
Read more
One person found this helpful
Helpful
Report abuse

HMS Warspite
TOP 500 REVIEWER
5.0 out of 5 stars Not for the faint of heart...
Reviewed in the United States on October 1, 2011
Verified Purchase
"Black Widow: The Name of the Rose" captures Black Widow Issues #1-5 in graphic novel format, courtesy of author Marjorie Liu and artist Daniel Acuna. Natasha Romanoff, AKA the Black Widow, is accused of treason. She will go on the run to identify her mysterious and powerful opponent and perhaps clear her name.

Natasha Romanoff had a long and violent life as a Soviet spy. She is now a beautiful and lethal superheroine and an Avenger, with many old friends, and perhaps many more enemies. Author Liu weaves these threads together into a thrilling narrative filled with plots, counterplots, betrayals, old grudges, and a surprise ending. The key to Black Widow's quest will be a former Soviet comrade, now a free agent, known as the Black Rose. Along for the ride are Captain America, the Wolverine, Tony Stark and a host of other characters from the Marvel universe. The superb artwork captures the Black Widow as a tough, enigmatic, but sometimes surprising sensitive woman.

aPriL does feral sometimes
4.0 out of 5 stars The Black Widow receives a black rose!
Reviewed in the United States on May 17, 2016
Verified Purchase
No one should know what that means to her. Stunned, she reacts too slow after seeing the rose. Unable to move, paralyzed by a dart in the neck, her enemy slides the knife into her belly - and removes the secret technology she had been hiding from everyone, including the Avengers. She knows it will mean she will have to run from everyone and find the betrayer of her secret - if she doesn't bleed to death..

fleur
5.0 out of 5 stars Great birthday present
Reviewed in the United Kingdom on May 4, 2013
Verified Purchase
I bought this for my sister for her birthday as she loves Marvel, especially Black Widow. It is very good quality, and great for Marvel fans! I would definately recommend this product!
(I will be borrowing this from my sister when she has read it :D)
Read more
3 people found this helpful
Report abuse

Ines
5.0 out of 5 stars Amazing
Reviewed in the United Kingdom on July 3, 2013
Verified Purchase
This is a great comic, the art is amazing and so is the story. I recomend it to all the Black Widow fans.
Read more
3 people found this helpful
Report abuse

Pannyrin
5.0 out of 5 stars Now this is a comic
Reviewed in Canada on March 15, 2013
Verified Purchase
Beautiful art (wonderful mood-setting colouring, no Escher girls poses), well-written (kept me so interested I plowed through it in a couple of hours) and Natasha makes an excellent lead heroine. If you're already a Black Widow fan, this is a must have. If you're not, it'll make you one.
Read more
Report abuse
See all reviews