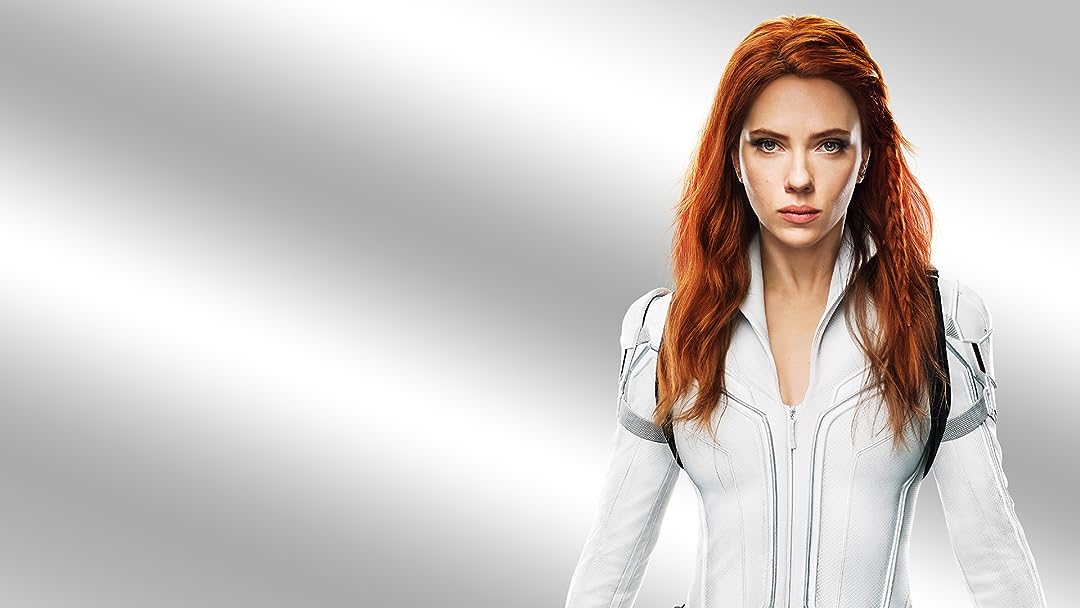 (20,619)
6.72 h 13 min2021X-RayHDRUHDPG-13
Natasha Romanoff aka Black Widow confronts the darker parts of her ledger when a dangerous conspiracy with ties to her past arises. Pursued by a force that will stop at nothing to bring her down, Natasha must deal with her history as a spy and the broken relationships left in her wake long before she became an Avenger.

LeahReviewed in the United States on August 13, 2021
5.0 out of 5 stars
Nice break from the MCU sausage fest
Verified purchase
After they killed off Natasha with horribly offensive undertones in the previous installment, I'd said goodbye to the MCU. I was done with the same-y dudes and their same-y jokes, bro-ing it up with the dwindling cast of token lady heroes.

Then on a very grumpy day after several months of grumpy days, I ran out of things to watch. So I went back with a bitterness and disappoint that dredged up all my deep disenfranchisement I feel as a woman who loves comics.

It was subtle, funny, sweet, with intensely down to earth action. It even steered clear of the incessant romantic shackles that people seem to need to attach to women to give them meaning.

Thanks for this movie MCU. I just might watch your next one.

EDReviewed in the United States on August 12, 2021
5.0 out of 5 stars
Absolutely nothing wrong with the movie.
Verified purchase
The movie is overall great, effects/acting/story/etc., and I really dont get the negative reviews. Black Widow is at least as good as most of the other superhero movies, if not all. An aspect I particularly liked was how the humor in Black Widow isn't asinine and silly, as if meant for children, contrasting some the humor that's been being infused into these superhero shows which can have a tendency to be too silly in some of the other Marvel movies. Would rate it 4.5, rounded up to 5, as there are few completely perfect movies but BW is overall great. Worth the early access 30$? That's entirely subjective and each individual needs to decide for themself.
62 people found this helpful

Just_the_FactsReviewed in the United States on August 14, 2021
1.0 out of 5 stars
Wise decisions
Verified purchase
I really wanted to like this movie, having seen the trailers that seemed to show off Marvel's ability to craft a compelling story while satisfying the need to scratch the 'action itch' of my life. And I was eager to see Florence Pugh's performance in total as the clips that showed her being 'cute' as Widow's sidekick. But nothing could overcome both a horribly written screen play and wooden acting by her other three co-stars. If you are only as good as your last movie, then the battle being waged by the star in seeking more money is wise as this was her swan song. And Disney, too, showed in wisdom in releasing this both in the theaters/streaming at the same time to get as much money possible before word-of-mouth brought box office receipts to a trickle.
61 people found this helpful

AndreiReviewed in the United States on August 31, 2021
1.0 out of 5 stars
Boring, poor acting, bad cgi
Verified purchase
It's probably the worst Marvel movie. I'm really a fan of marvel movies, but this one is a disappointment.

1. The acting is bad. I just don't believe a single person in this movie, unfortunately, the worst is Scarlet. But I'd like to mention the acting of Ever Anderson, she is really perfect and she has the best russian pronunciation as russian I appreciate even those few words she said.
2. Russians. Come on, with such a huge budget you can't find a crowd with better pronunciation? Their accent is awful. By the way, the Red Guardian is a Russian spy returning back to USSR and speaking English, seriously? I understood that the actor can't speak russian every time, but can you at least make an explanation why he speaks English with Russians. :D
3. Boring. The scenario is really boring, nothing special, nothing catchy, almost fell asleep.
4. Transformation of Black Widow from "Iron man" movie to this is sad. I want women to act like women, not a guy in the skirt.
50 people found this helpful

Zach GuidaReviewed in the United States on August 13, 2021
5.0 out of 5 stars
A Must Watch for Black Widow Fans
Verified purchase
Although it's definitely late in the making, Black Widow sticks the landing while finally placing one of my favorite Marvel characters in the spotlight. Natasha and her family have a great dynamic that I loved to watch and the action never failed to excite me. I know some people have their gripes with this movie but I personally loved it and would recommend it to MCU fans who have been waiting for another awesome female-led superhero movie.
33 people found this helpful

ChalieyttvReviewed in the United States on August 11, 2021
1.0 out of 5 stars
Couldn't Even Finish
Verified purchase
I just completely lost interest about midway through.
39 people found this helpful

AnonReviewed in the United States on August 12, 2021
5.0 out of 5 stars
Girl Power
Verified purchase
Not what I expected but well done and a great story from the Universe that fits well with the time line. Mind you a giant secret base is pretty far fetched at the end but who cares it's fantasy. Well done...OH and give the talent her money. Well earned!
35 people found this helpful
See all reviews
Back to top
Get to Know Us
Make Money with Us
Amazon Payment Products
Let Us Help You
EnglishChoose a language for shopping. United StatesChoose a country/region for shopping.
© 1996-2022, Amazon.com, Inc. or its affiliates