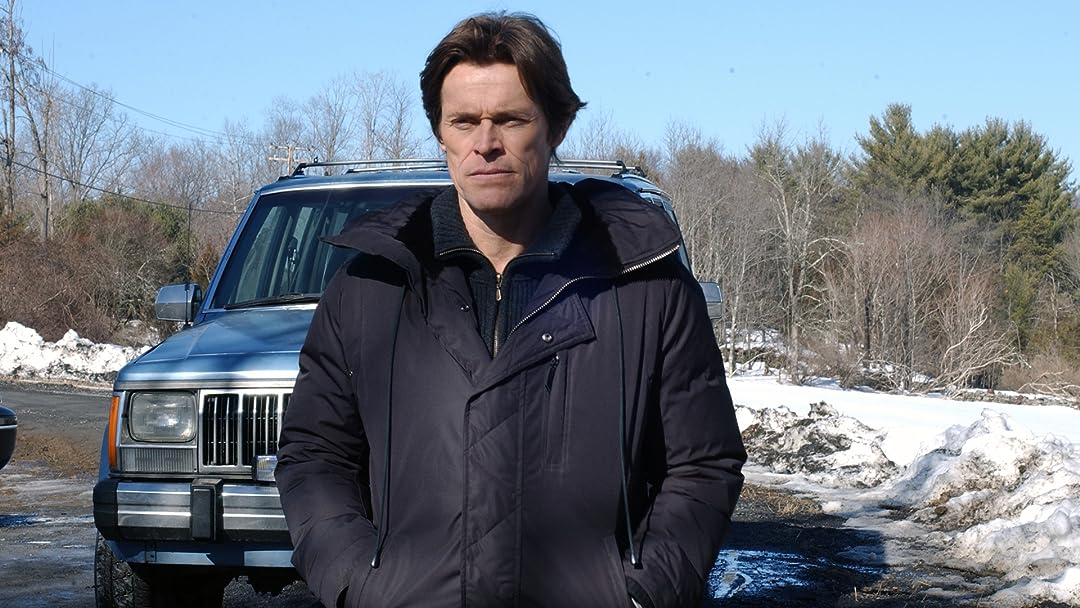 (21)
3.21 h 39 min2005PG-13
A young Italian woman (Giado Colagrande) inherits the Rubber Room, an enigmatic modern house in the New York countryside, from her deceased lover and goes to see it for the first time. Upon her arrival, she meets the caretaker (Willem Dafoe). They enter into an affair which soon becomes a complicated, bizarre game of jealousy.

Anna M. FlanaganReviewed in the United States on January 29, 2022
1.0 out of 5 stars
Spouses didn't sell this house
Verified purchase
This film demonstrates why people who are married to each other shouldn't make movies together. Did neither of them have the heart to tell the other that the plot was thin, the dialogue vapid, and the suspense nonexistent?

Alyssa BlackReviewed in the United States on July 22, 2017
2.0 out of 5 stars
Unremarkable & boring
Verified purchase
A poorly executed drama

baseballfan11556Reviewed in the United States on November 12, 2016
4.0 out of 5 stars
Four Stars
Verified purchase
Good movie

a smart womanReviewed in the United States on May 9, 2013
1.0 out of 5 stars
worst movie, EVER....
Verified purchase
whatever posessed Willem to play in this joke of a movie, we will never know. its the worst movieI have ever suffered through... on the other hand... we laughed through every scene... so this movie COULD end up being "cult".
One person found this helpful

Janice S.Reviewed in the United States on April 9, 2021
3.0 out of 5 stars
To each, his or her own.
I have several of Mr.Dafoe's films and he does have a unique style and in saying that, he goes on the wire for his choices in rolls he plays. He has a huge range and can morph into most characters with great believability.
I do like this movie, and I like that he worked with his wife. I see the talent and they worked well off of each other.
I found that the film did drag in places. There were places I would have liked to have seen more on some of the scenes but I'll digress. I felt the ending should have continued or, she should have just driven away, it would have been more believable... (no spoiler) but the ending left me with...what was that?, I would have cut a few minutes at the beginning with the house alarm (dragged), and gave that time to the end, however, I will put this movie on my shelf with all of the other films by Mr.Dafoe.

myxoplikReviewed in the United States on November 7, 2010
4.0 out of 5 stars
Most people will hate this movie
Most people will hate this movie because it is very unconventional in style, storytelling and theme. It is mostly devoid of plot, action, humour, and even the dialogue is quite sparse and (deliberately) awkward. Instead, the film presents us with a challenging piece about isolation and detachment.

The best way I can put it is to say it's a lot like a Jim Jarmusch film, particularly "Coffee & Cigarettes" except without the comedy, instead substituting a brooding, haunting tone throughout the picture. Maybe it's a bit like "Last Tango in Paris".

The thing to realize when watching this movie is that it's basically a movie about a house. Filmed at the "Rubber House", named so for its twisted, black appearance, this film instills us with all the emptiness that you'd think a lonely house would feel. Characters come and go, and each character (as lonely and disconnected as the house itself) feels an inexplicable connection to the site as well as an affinity for each other, but relationships are always troubled and awkward. It's almost as if the house itself is a jealous, menacing presence that resists any attempts to make it into a happy home.

Although I'm dwelling on the house, it's really doesn't figure into the plot. So don't expect a horror story about an evil house like "Amityville" or "Burnt Offerings" (although the latter is a killer flick as far as evil houses go). Instead, this is a very real story, full of real characters and the monotony of real life, seen through the eyes of a bunch of reclusive misfits.

Despite the heavy subject, there's some well-timed levity, notably in the restaurant scene with the great Isaach De Bankolé playing the waiter (Jarmusch fans will recognize him as the weird ice cream man in "Ghost Dog" or the hilariously annoying busybody in "Coffee & Cigarettes: No Problem"). His perfect deadpan delivery makes the restaurant scene a real treat. The fact that there's no point *is* the point.

Definitely this is not a film for casual entertainment, and despite the spooky title "Black Widow" and misleading DVD description (some nonsense about a thriller mysetery), it's definitely not a heart-pounder. What it does deliver instead is a great melancholy vibe, perfect for a cold, rainy day. It's best watched alone.
4 people found this helpful

Amanjot Reviewed in the United States on May 25, 2011
4.0 out of 5 stars
Not for Everyone, But Enjoyable to Me
I agree with the points made in "myxoplik's" review. This film is definitely more of an art film and nothing at all like what the box description says. We picked our copy up at a video store that was closing. My husband and I watched it together and were entertained but puzzled. But I didn't hate it by any means.

I re-watched the film about a month ago and now knowing not to expect the standard Hollywood type plot, I was able to take away a lot more from the nuances made in gestures and dialog. I quite like the film and I am glad we bought it. The unique style of the film almost gives you the sensation of being a voyeur into these episodes of the main characters lives. We don't know the "whole story" just what we see and hear in this present moment with them. I actually thought Defoe did a great job with his backward, secluded character. He is a delight to watch.

Yes, there is a horn type toot at one scene that is odd. After reading the review which mentioned it as being like an elf under a toadstool, I think of that when I see it and chuckle, but enjoy it none the less. The ending of the film is a bit of a shock, but it is meaningful. I think when you first see the film, you don't realize the importance of the opening scene...
3 people found this helpful

readerReviewed in the United States on October 1, 2007
1.0 out of 5 stars
HO hum
This movie gets a star, I suppose, because I watched it as long as
I did. The opening scene of a small American town in winter, was
evocative (for the minute it ran) of a nostalgic energy quickly vanishing.
But the movie itself plodded on - I've seen better high school plays
and acting , truly. The contrast between a "darkly mysterious" Italian
woman (very young woman; collegiate)and a small-town house caretaker was missing entirely- it was as if these two were running through some lines- no developed characters, and certainly not interesting characters. The "house" was presented as something either special, important to the story, or both- but it too disappointed , being mediocre. A campy brief burst of "suspense music" (sounding like an elf under a toadstool blowing a bugle- did this film not have a budget?) alerted us to certain plot developments- that's good, because the movie was so boring, we could have missed the implications . I too am a Da-foe fan, sorry this missed the mark, and sorry I couldn't take my precious time to watch more, but after a 1/2 an hour or so, I said to my dog- "This isn't very good, Bubala, and
flipped it off.
5 people found this helpful
See all reviews
Back to top
Get to Know Us
Make Money with Us
Amazon Payment Products
Let Us Help You
EnglishChoose a language for shopping. United StatesChoose a country/region for shopping.
© 1996-2022, Amazon.com, Inc. or its affiliates