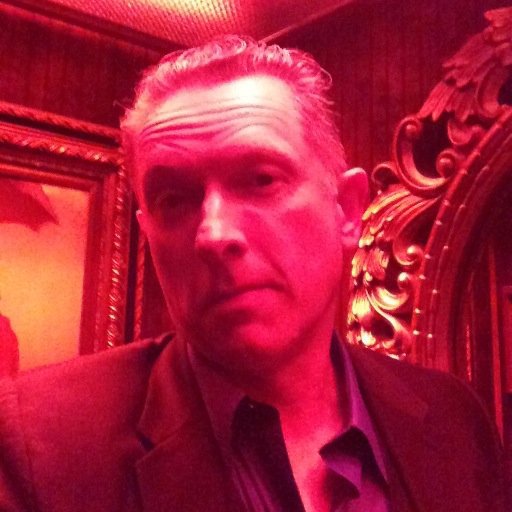 Page 1 of 1 Start overPage 1 of 1
Previous page
Next page
Start reading Blackest Night: Black Lantern Corps Vol. 2 on your Kindle in under a minute.

4.8 out of 5 stars
4.8 out of 5
83 global ratings
How are ratings calculated?
To calculate the overall star rating and percentage breakdown by star, we don’t use a simple average. Instead, our system considers things like how recent a review is and if the reviewer bought the item on Amazon. It also analyzes reviews to verify trustworthiness.
Top reviews

clairetoldmetochangemyscreennameTop Contributor: Batman
5.0 out of 5 stars An Excellent Series of Optional Tie In Stories
Reviewed in the United States on October 15, 2016
Verified Purchase
The awesome Black Lantern Corps series collects the spin-off tie ins that numerous comics featured during the main event. Again, the key here is that these are tie-in stories and not necessary reading to understand the main Blackest Night event. However, if you want a bit of fun reading that further develops the main story and the numerous characters it effects, this is a great read. In this collection we get to see how the resurrected dead effect The Flash, the Rogues, the JSA, and Wonder Woman. Specifically, The Flash and his new Blue Lantern ring attempt to save Bart Allen while the Rogues battle their demons in the forms of past members who fell in battle. The JSA arc is surprisingly emotional as Power Girl faces off against Earth 2 Lois Lane and Superman (the pair who essentially raised her as mother and father) while Jesse Quick gets one last race with her father. Finally, the Wonder Woman story arc sees WW battling a resurrected Maxwell Lord (who is both creepy and hysterical as he admonishes WW for snapping his neck) and then we see more about how Wonder Woman is both turned into a Black Lantern and then saved by the Star Sapphire Ring (Max Lord even makes fun of the insanely ridiculous Star Sapphire costume WW gets stuck with). All in all, a terrific series of stories that further fleshes out one of my favorite DC events.
Read more
2 people found this helpful
Helpful
Report abuse

warlord
5.0 out of 5 stars Black Lanterns
Reviewed in the United States on February 14, 2019
Verified Purchase
For years, the Green Lantern titles have been on fire! The stories are great. Blackest Night is one of the best. The sense of dread and urgency was palpable. The books exploring the Black Lanterns is therefore essential.
Read more
Helpful
Report abuse

N. Durham
HALL OF FAME
4.0 out of 5 stars More side stories with some surprising substance
Reviewed in the United States on November 2, 2010
Verified Purchase
Like the first Black Lantern Corps hardcover volume, Blackest Night: Black Lantern Corps Vol. 2 collects three mini-series' that flesh out some more details of the ordeals of some of the big players of Blackest Night, as the DC universe gets plunged into hell and the dead rise from their graves. Blackest Night: The Flash proves to be surprisingly essential to the core storyline, as Blackest Night writer Geoff Johns details Barry Allen's struggle against the Black Lanterns, as well as Barry's role in the event as he attempts to save his grandson Bart "Kid Flash" Allen from a terrible fate. What makes this mini in particular all the more interesting is that during Barry and the heroes ordeal, the Flash rogues have their own to deal with as well as Captain Cold and co. take the fight to the resurrected rogues. The ending of this mini is worth the price of admission alone, even if Scott Kolins' artwork is inconsistent. Blackest Night: JSA finds the current Justice Society hunted down by the resurrected original Sandman, Dr. Midnite, Mr. Terrific, Atom, Johnny Quick, and the Earth-2 Superman and Lois Lane to boot. Co-writer James Robinson (teamed here with Tony Bedard) re-teams with penciler Eddy Barrows to pick up on some plot points left found in their Blackest Night: Superman mini (found in the Vol. 1 hardcover), and this time around they fare better. The last mini, Blackest Night: Wonder Woman, is written by Wonder Woman vet Greg Rucka, and at first finds the legendary heroine taking on the resurrected Maxwell Lord, before finally succumbing to the Black Lanterns and eventually overcoming them thanks to the Star Sapphires. This mini isn't special, but the pencilwork by Nicola Scott is gorgeous enough to recommend on its own. All in all, Black Lantern Corps Vol. 2 is slightly better and almost more essential than Vol. 1 thanks to the Flash mini alone, but neither is an absolute must-own tie-in to the overall Blackest Night saga. Still though, it's a worthwhile endeavor regardless.
Read more
8 people found this helpful
Helpful
Report abuse

Sir John Jameson
3.0 out of 5 stars The word tie-in means unessential.
Reviewed in the United States on January 12, 2014
Verified Purchase
Seeing as Blackest Night and GL:Blackest Night are the only essential books for the whole story, I knew there was a chance this would be a waste. Some people say it really fleshes out the story but, to me, these issues in particular are more in line with their regular titles than adding anything worthwhile to Blackest Night.
Read more
One person found this helpful
Helpful
Report abuse

Xavier Zavala Heras
4.0 out of 5 stars Black Lantern Corps Vol 2 Review
Reviewed in the United States on December 3, 2010
Verified Purchase
Nice looking book. Thos one involve 3 stories: The Flash, JSA and Wonder Woman. Flash and JSA were ok stories. More than anything Flash was trying to get Bart Allen out of the Black Lantern Corps and himself dealing with the blue ring. The JSA storie is about survival and some emotional ties that needed to be severed (read it and you'll understand).

I particulary enjoyed the Wonder Woman story. There's 3 parts of it: WW when all the Black Lantern issue begun, WW with a black ring, and WW with a violet ring. Loooove is the answer (jeje). Big revelation, hum?.

Although it looks pretty and the stories are good, this book is not essential to the whole Blackest Night saga, so if you skip it there's no problem. If you decided to get it no matter what you should consider to get the paperback edition that comes out in 2011.
Read more
3 people found this helpful
Helpful
Report abuse

Gregory S Bailey
5.0 out of 5 stars Zombie fun
Reviewed in the United States on August 12, 2013
Verified Purchase
I got all of the Blackest Night books not only because I love DC, but because of the zombie angle also. With this volume, you need to get it if for nothing else than the Wonder Woman chapter. Greg Rucka writes a nearly perfect Diana.
Read more
One person found this helpful
Helpful
Report abuse

Amazon Customer
5.0 out of 5 stars Brilliant!
Reviewed in the United Kingdom on May 24, 2013
Verified Purchase
This is a great addition to the Blackest Night saga as it explains the origins of some of the characters becoming black lanterns.

I'm not going to give anything away, but the artwork is awesome and the stories are brilliant!
Read more
One person found this helpful
Report abuse

MR C S ALTOFT
5.0 out of 5 stars so much death, so well written
Reviewed in the United Kingdom on September 2, 2015
Verified Purchase
Keeping it nice and dark, love it
Read more
Report abuse