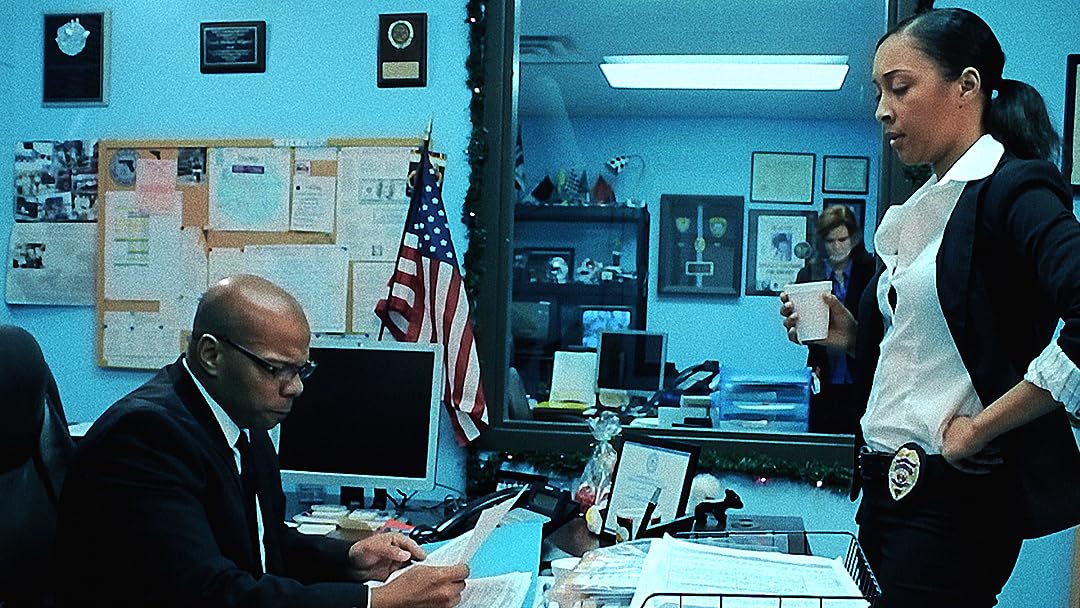 (69)6.11 h 44 min201613+
The feature length indie cyber thriller "blackhats" is about a reformed bail recovery agent who helps a co worker track down her brother who is part of a group of super hackers before they are assassinated by a rival bounty hunter.

adamzillaReviewed in the United States on May 13, 2018
2.0 out of 5 stars
Earth Girls Are Easy. Blackhats dialogue was boring
Verified purchase
got about 20 min in then switched to the much more hilarious and campy-fun film, Earth Girls Are Easy. Blackhats dialogue was boring, stale, and cheesy. Its like the writer was hoping the casting director would somehow get Arnold Schwarzenegger to play EVERY role in the movie. I would have probably watched all of something like that, especially if Arnold did that and never changed wardrobe.

Tieuel LegacyReviewed in the United States on September 13, 2016
4.0 out of 5 stars
Put On Your blackhats
Verified purchase
I watched 2 movies in the past 8 years that parts of this production team brought to fruition. I love their grind in the "independent" film world. This movie is a testament to hard work that took almost 5 years to complete. Most people would've given up by that time so it's inspiration for me to watch. (Note: Following them on dvxuser.com is informative for anyone that aspires to create a feature film.)

Technically, this is a good film. It holds my attention more than Michael Mann's Blackhat movie. Many might debate that this is the same film but that's another Hollywood story entirely that I would like to be a part of.

"blackhats" is pleasing to the eye. Talented actors deliver and get physical when they have to. It comes across as more than an action movie. There are comedic jabs in here as well. At times, I felt that some of the lines were exagerrated during serious scenes which could be intentional since it is sprinkled with comedic lines. Less exagerration might've been more in those scenes. In my opinion, it was the occasional tone in the delivery that might make viewers feel that way. It doesn't take away from the mission in the film.

Between the characters played by Sadler and Morgado, I wonder how their story would end based on their treatment of each other and I was a little surprised by the outcome. Plenty of tension there. Guys and girls will love to watch Doris Morgado at work here (beautiful and strong-willed). It'ss interesting to watch Errol Sadler's character because his position in the film typically calls for an "in your face" and "rough" type. On the exterior he didn't initially embody what people might envision as a "bountyhunter". No long haired ponytailed guys carrying shotguns here. However, when the business is about to go down, he transforms into something quite different which shows range. His dilemna becomes more complicated throughout blackhats.

There are also a few actors that are pretty well known in Atlanta circles. Chances are that you've seen E. Roger Mitchell. I might be mistaken but I remember remember him further than IMDB exhibits in Will Packer and Rob Hardy's first film Chocolate City done at FAMU. He displays an interesting dialect in this movie. Calm and collected. Onira Tares delivers also.

Teens and grownups can enjoy this movie without having to be too tech savvy.
5 people found this helpful

Paul S. PersonReviewed in the United States on October 20, 2018
3.0 out of 5 stars
Who's Who?
Verified purchase
It's well done, I must admit.
But incoherent. I found it very hard to tell who was who and what was being done by whom.
And not particularly credible, when the dastardly plot is finally revealed.

GlamnikolaiReviewed in the United States on July 6, 2016
5.0 out of 5 stars
Great indie movie!!!
Verified purchase
Great movie, love the story! and the action!!!
4 people found this helpful

i2017Reviewed in the United States on June 28, 2020
1.0 out of 5 stars
Is this for kindergarten?
Verified purchase
Sound is crap, an the cast must be changed completely.

Hugh Polly IIIReviewed in the United States on July 14, 2016
4.0 out of 5 stars
Everbody is angry except the Hero
Verified purchase
Interesting movie. Too bad it's true. I was surprised that God was thanked first in the credits. Great ending. Twists surprised me. This could have been called Hackers: Anger Management-style.
3 people found this helpful

Some of the hacking seems pulled from real scenarios.
3 people found this helpful
See all reviews
Back to top
Get to Know Us
Make Money with Us
Amazon Payment Products
Let Us Help You
EnglishChoose a language for shopping. United StatesChoose a country/region for shopping.
© 1996-2021, Amazon.com, Inc. or its affiliates