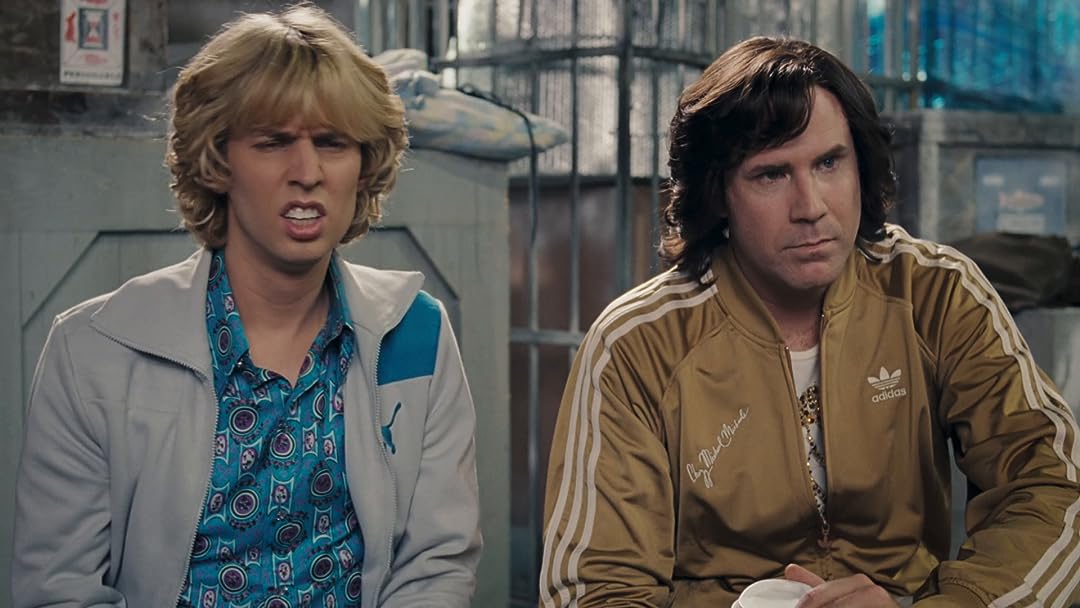 MarianneReviewed in the United States on March 5, 2018
4.0 out of 5 stars
Thoroughly enjoyable in that guilty pleasure sort of way
Verified purchase
As a figure skater, I thought this movie had moments of absolute brilliance. Unfortunately it was not consistent but I loved it anyway. They really caught the essence of much of the goofiness of ISU and USFS rules and the strange punishments and discrimination dealt out over the years. It also has some moments that are darned right painful for anyone with expensive blades to watch. There is no way anyone with $400+ blades is going to run up cement stairs, through a mall, etc. Of course that is part of the joke- there is something here for everyone. Whether you've never skated and hate to watch figure skating or you are the avid obsessed skater, there is a joke in this movie you will find brilliant or excruciating.
11 people found this helpful

joel wingReviewed in the United States on August 28, 2021
4.0 out of 5 stars
I will never tire of this movie
Verified purchase
This was the second in what I call Will Farrell’s sports trilogy which began with Talladega Nights and ended with Semi-Pro. It pitted Farrell as the bad boy of pro-skating against Jon Heder who was the poster boy, good guy. They are forced to work together as the first male skating duo. You just laugh thinking about that combination and plot.

There are so many good scenes in this film it’s hard to pick the best ones. Farrell being drunk and doing Grublets On Ice. The two training together and more. The added bonus is that they look completely ridiculous skating. Also if you pay close enough attention you can figure out why their coach Craig T. Nelson wanted a team of two male skaters. I will never tire of this movie.

This might be one of the stupidest movie concepts I've ever watched. Not to mention its routed slightly in homophobia which seems like they're doubling down on a problem that men's figure skating is already dealing with.

I'm not into skating, but I can't imagine anyone who is into skating is going to be excited or enjoy the jokes at their expense, so I'm a little lost at who the audience is for this unless it's "people that hate figure skating" and I don't see them watching a figure skating movie.

A lot of the jokes just fall flat, and it's not like they don't know who to structure jokes throughout the story: the villains actually have a well constructed arc, just not a great quality to it.

The characters are mostly unlikable and chaotic, the movie is literally telling them to stop it for half the movie, and by the time it stops I don't care what the characters do until the end.

The best bit was the romantic story arc which was heavily polluted by the rest of the story.

Kindle CustomerReviewed in the United States on December 30, 2019
5.0 out of 5 stars
Just so wrong on so many levels but hysterically funny!
Verified purchase
The whole time I was watching it I kept saying why am I finding this funny? Why am I laughing at this? I laughed till tears roll down my face, I have no idea why--it was vulgar, stupid, insipid comedy... But I had a blast watching it!
5 people found this helpful

Evan DickenReviewed in the United States on November 7, 2020
5.0 out of 5 stars
A Hidden Gem
Verified purchase
QUESTION THE FIRST: Are you a fan of Will Ferrel? Like, a REAL fan. Seriously, do you enjoy his style of comedy?

QUESTION THE SECOND: How 'bout Amy Pohler and Will Arnett (pre breakup)? Do you think they're funny? Seriously? Do You? (Because they are)

QUESTION THE THIRD: If you answered yes to both the previous questions, do you have friends who feel the same way?

QUESTION THE FOURTH: Can you find time (post quarantine) to watch this movie with them?

If you answered yes to all four questions, you will love this movie. Although not as good as any of the Anchormen (1, 1.5, 2) or Talladega Nights, this is a pretty damn fine Will Ferrel movie. Full Stop.
2 people found this helpful

Lawrence H. SnootsReviewed in the United States on April 9, 2018
5.0 out of 5 stars
A 'must see' whenever Olympic skating competitions are on TV!
Verified purchase
I have seen this movie at least four times prior to getting this on disc. It seems every time the Olympic skating competition is on TV, I get the urge to see this. After all the times I have watched it, I STILL laugh out loud the first time Ferrell and Heder see the tape of the last performance of 'the Iron Lotus' maneuver, and its' result. Hilarious.
6 people found this helpful

Michael FlakeReviewed in the United States on August 12, 2019
5.0 out of 5 stars
Outstanding Laughs
Verified purchase
I cried laughing at so many scenes. Probably the best Will Ferrell movie, but most all of them are good. I didn't realize the other main actor was the kid from Napoleon Dynamite; he was awesome and I just don't get why he's not in other major comedies since this one.
4 people found this helpful

L.B.ReddReviewed in the United States on January 18, 2021
4.0 out of 5 stars
Fun Movie to Rewatch -- Hilarious!
Verified purchase
Love this movie... always hilarious, great movie.... fantastic performances of a talented cast - particularly Will Ferrell and Jon Heder as rivals-turned-teammates -- Blades of Glory successfully spoofs inspirational sports dramas with inspired abandon. Rotten Tomatoes .com just gives it a 70 score from critics... it deserves higher score. You like a campy movie, this is a great one.
See all reviews
Back to top
Get to Know Us
Make Money with Us
Amazon Payment Products
Let Us Help You
EnglishChoose a language for shopping. United StatesChoose a country/region for shopping.
© 1996-2021, Amazon.com, Inc. or its affiliates