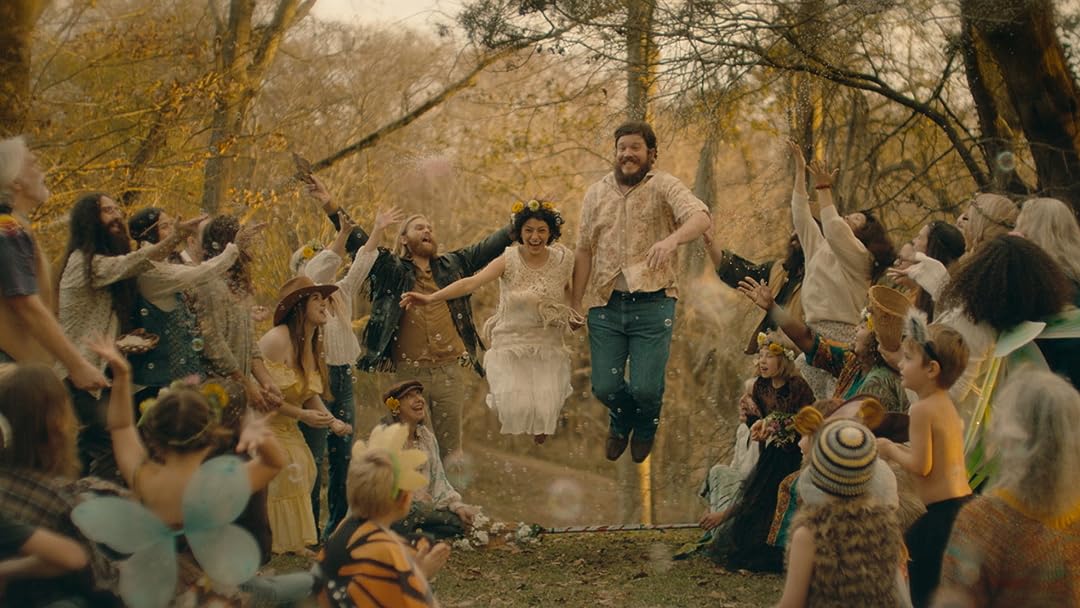 (340)
6.62 h 8 min2018R
He was a genius, a drunk, a loser, and one of the greatest musicians of his generation. The incredible life of legendary country artist Blaze Foley.

The SFC's WifeReviewed in the United States on February 7, 2019
1.0 out of 5 stars
Stop romanticizing toxicity
Verified purchase
Blaze Foley was a horrible / troubled person. Alcoholic, drug user, adulterer... but yes, he could sure write a good song. I still think it's awful. The film did nothing but make me angry. Angry for the way he treated his wife whom he said over and over that he loved so much. He was so self-absorbed and only thought of his path, as an individual, and his own self-gratfication (be it booze, drugs, other women or what step he was taking next for HIS career). He didn't love Sybil, he loved having her love him.
Ethan Hawk did a great job directing, but I wish we could stop romanticizing toxicity.
24 people found this helpful

Colonel MonkReviewed in the United States on February 18, 2019
4.0 out of 5 stars
Interesting film that captured some of the essence of underground Americana
Verified purchase
I saw some of the 1 star reviews that ripped the filmmakers because of how Blaze Foley treated his wife - if you are looking for a happy love story, move on now...... Filmakers captured what seemed to be the essence Blaze - a creative and thoughtful alcoholic artist in underground folk music. He had moments of blinding brillance between others of a low bottom alcoholic. While I wasn't familiar with Blaze Foley, I'm a huge fan of Townes Van Sant, and I felt that Hawke captured him just as I imagined him.
17 people found this helpful

Mark S. CrawfordReviewed in the United States on June 20, 2019
2.0 out of 5 stars
The Sum is Less Than the Parts
Verified purchase
I’ve heard that you “Don’t mess with Texas”, but I have to take a stand (remember the Alamo!). This movie will be appreciated by a select minority of music lovers, primarily those that know of Blaze Foley, and perhaps those that follow the Texas music scene. For those less familiar with his story, this bio-pic is slow paced, lacks any back story and deep character development, and evokes no sympathy for Foley’s character.

With that said, the production value was impressive. It was well cast. Ben Dickey as Blaze, Alia Shawkat as Sybil Rosen, and Charlie Sexton as Townes Van Zandt were all great choices and were believable and authentic in their portrayals. The movie was also well directed by Ethan Hawke. I appreciated how he used cuts to a re-created interview with Sexton/Van Zandt as a way to set-up scenes about specific periods in Foley’s life (usually centered around one of his songs). In addition, the photography and cinematography were well thought out and added much to the feel of the film. Fans of Foley will also appreciate the music.

But great production cannot make-up for lack of a sympathetic character. I didn’t note a comprehensive arc of Foley’s career. There are no scenes of him as a youth, so we don’t know how he became the person he was, let alone how and why he got into music. There is also no feel of aspiration. Did the real Foley have career goals? Did he actually want to be successful as a writer and performer? How did he define “success”? There’s no sense of growth in the character of Foley and I found myself not liking, nor caring for, who I was seeing.

After watching the bio-pic I wasn’t sure what I had seen. What was I suppose to retain? Is this a career approach to emulate? This is not a feel-good movie and there is no “take-away”. In 2015 Hawke directed “Born to be Blue” about jazz musicians Chet Baker, who also had his own vices. These two films have – to me – a similar feel. They’re probably not movies you would watch more than once. Regarding music related bio-pics, there are many other stories to be told that would inspire, inform, and – bottom-line – entertain.

joeyspeakshallowReviewed in the United States on March 28, 2019
5.0 out of 5 stars
From a longtime Blaze fan...
Verified purchase
This was well directed and well acted. Music is awesome. A beautiful film from beginning to end. Also a tear jerker... you have been warned.
11 people found this helpful

KALReviewed in the United States on May 27, 2019
5.0 out of 5 stars
Beautiful account of love and sadness
Verified purchase
As a long time Blaze and Townes fan, I thought the movie was fantastic. I read Sybil’s book as soon as I found out it existed and was excited to finally find the movie available after seeing the trailer a year ago.The movie was a beautiful rendition of Sybil’s memoir. Usually I feel let down by a movie after reading the book. That was not the case with this flick. Having lived in the woods myself (rural cabins in a small mountain community), the film captured the feel of community and living close to nature, lost loves, close friendships with struggling friends, and just the feeling of living under a canopy of trees. The scene of the couple jumping the broom was beautiful. This is a movie that I will watch over and over.
6 people found this helpful

Nettle WillowReviewed in the United States on March 3, 2019
5.0 out of 5 stars
Entire Cast and Film is stellar!
Verified purchase
Amazing film, although at times painfully real. Everyone should know who Blaze Foley was/is. And seeing Charlie Sexton again, in an acting role? He did such a great job I really think he should get some kind of award. Not to mention many more roles to come.
10 people found this helpful

theflipguyReviewed in the United States on July 4, 2019
5.0 out of 5 stars
A great songwriters very sad story!
Verified purchase
So, if you want a light hearted comedy love story, go elsewhere!! This is a well written and very well acted semi factual account of Blaze Foleys life and times as a songwriter, guitar picker, drug/alcohol abuser, lover, and wild-ass ! I found Blaze Foley through guitar playing and absolutely Love “Clay Pigeons”. A sad story about a potential musical genius, derailed by addiction. Didn’t know who actor and killer guitar picker Ben Dickey (Blaze) was, but he masterfully played all of Blaze’s songs and completely SOLD the Blaze character, good and bad. Sad story basically, but a MUST SEE if your a fan of Blaze, Townes Van Zandt and other Texas singer songwriters!
4 people found this helpful

Honey girlReviewed in the United States on February 13, 2019
1.0 out of 5 stars
The movie isn't exciting and fun , very hard to follow and not a feel Good Movie !!
Verified purchase
The movie is hard to follow , goes back and forth from third party telling the story line . No feeling of getting to know the music singer himself , not what I had anticipated , Not a feel good movie and not for family !! Regret ordering movie !!
7 people found this helpful
See all reviews
Back to top
Get to Know Us
Make Money with Us
Amazon Payment Products
Let Us Help You
EnglishChoose a language for shopping. United StatesChoose a country/region for shopping.
© 1996-2022, Amazon.com, Inc. or its affiliates