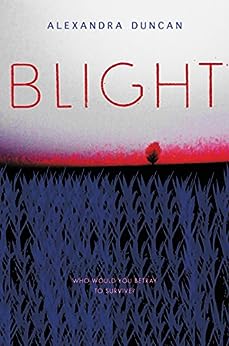 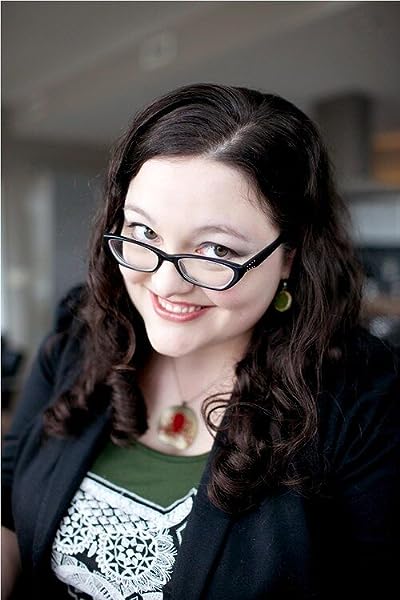 by Alexandra Duncan (Author) Format: Kindle Edition
See all formats and editions
Sorry, there was a problem loading this page. Try again.

When an agribusiness facility producing genetically engineered food releases a deadly toxin into the environment, seventeen-year-old Tempest Torres races to deliver the cure before time runs out.

From the author of the acclaimed American Booksellers Association’s Indies Introduce pick Salvage, which was called “Brilliant, feminist science fiction” by Stephanie Perkins, the internationally bestselling author of Anna and the French Kiss. This stand-alone action-adventure story is perfect for fans of Oryx and Crake and The House of the Scorpion.

Seventeen-year-old Tempest Torres has lived on the AgraStar farm north of Atlanta, Georgia, since she was found outside its gates at the age of five. Now she’s part of the security force guarding the fence and watching for scavengers—people who would rather steal genetically engineered food from the Company than work for it. When a group of such rebels accidentally sets off an explosion in the research compound, it releases into the air a blight that kills every living thing in its path—including humans. With blight-resistant seeds in her pocket, Tempest teams up with a scavenger boy named Alder and runs for help. But when they finally arrive at AgraStar headquarters, they discover that there’s an even bigger plot behind the blight—and it’s up to them to stop it from happening again.

Inspired by current environmental issues, specifically the genetic adjustment of seeds to resist blight and the risks of not allowing natural seed diversity, this is an action-adventure story that is Margaret Atwood’s Oryx and Crake meets Nancy Farmer’s House of the Scorpion.

“Duncan’s knack for character development shines through as Tempest is steadily exposed to the darker side of AgraStar...well-paced and intelligently written...A thoughtful and sensitive exploration of corrupt powers and personal responsibility, especially in today’s stormy political climate.” -- Kirkus Reviews

“Tempest is portrayed as strong and confident...Fans of dystopian fiction should find the premise and characters compelling.” -- Voice of Youth Advocates (VOYA)

“Salvage is the book I’ve been waiting for―kick-ass, brilliant, feminist science fiction. Watch out, world. Alexandra Duncan has arrived.” -- Stephanie Perkins, internationally bestselling author of Anna and the French Kiss and Lola and the Boy Next Door

“Readers will find Tempest’s story engaging and believable as the plot line twists and turns from survival story to conspiracy theory. The science fiction elements are strong...Readers who also enjoyed the “Maze Runner Series” by James Dashner...will nosh on this title.” -- School Library Journal
--This text refers to the hardcover edition.

Alexandra Duncan is an author and librarian. She lives in the mountains of western North Carolina with her husband and two monstrous, furry cats.

Alexandra Duncan is the author of the award-winning YA sci-fi novel SALVAGE (2014), its companion SOUND (2015), and the eco-thriller BLIGHT (2017). Her short stories have been published in THE MAGAZINE OF FANTASY AND SCIENCE FICTION and THE YEAR'S BEST SCIENCE FICTION AND FANTASY. She lives with her husband and three monstrous, furry cats in North Carolina. You can visit her online at www.alexandra-duncan.com.

L. H. Davis III
5.0 out of 5 stars The Entire Series was Great.
Reviewed in the United States on February 4, 2020
Verified Purchase
Sci-Fi at its best. I read all three, and I write Sci-Fi too. Enjoyed the series.
Read more
Helpful
Report abuse

Amazon Customer
5.0 out of 5 stars Great YA dystopian fiction
Reviewed in the United States on May 7, 2018
Verified Purchase
Great YA dystopian fiction, with (I hope!) lots of room for sequels. Fascinating themes to ponder - science above all else, cultural erasure, and more. There are some weak spots - plot twists you can see coming - but Blight is good enough to overlook them.
Read more
One person found this helpful
Helpful
Report abuse

tpolen
4.0 out of 5 stars Fantastic Character Development
Reviewed in the United States on August 1, 2017
In hindsight, have you ever wondered what would have happened if you'd taken a left instead of right, left a little earlier, or chosen the blue pill instead of the red?  That's what security guard Tempest Torres does when her hesitation to take a shot on scavengers results in a domino effect that irrevocably changes not only her life, but her world and the lives of thousands or even millions.

I fell right into this dystopian novel from the first page (I have a weakness for stories involving anything genetically engineered) and the world-building with the author's take on the 'haves' and 'have-nots' fascinated me.  Excellent character development with Tempest and Alder - they're fully-fleshed and well-rounded and the lack of romance/insta-love is a refreshing change, proving not every YA novel needs a romantic element to make an interesting read or complete a story.

Although Tempest is fantastic at the physical and strategic aspects of her job, she seems a little slow in connecting the dots upon discovering certain information and for several pages I wondered how long it would take to sink in.  Blight is supposedly a standalone, but I felt as if some questions were left unanswered at the end, leaving me a little puzzled.

If the author chooses to continue this story, I'd definitely be interested in reading more and I'd recommend Blight to fans of YA dystopia looking for an original story.

Thanks to Edelweiss and the publisher for the digital ARC.
Read more
2 people found this helpful
Helpful
Report abuse

Barb
5.0 out of 5 stars Great new Dystopian Ya series
Reviewed in the United States on August 2, 2017
Blight by Alexandra Duncan is the first book in her new YA dystopian series. We have not heard if this book will be a series, but having completed the book, and read the ending, I do suspect there will be more to come.

Tempest Torres, our young heroine, lives on AgraStar, a research and development area that creates genetically engineered food. Tempest, who was left at the gate when she was 5, is now 17 and a member of the security forces for Agrastar. When scavengers try to break into the compound to steal food, Tempest shoots one of them to scare them off. She joins one of the older groups for a short trip, excited to be included. While on the expedition, an explosion takes place that destroys the compound, with both people and crops destroyed. When her team fights off the attackers, she is captured, as the rest of her team is killed. Because she killed one of the scavengers, they mark her for death. Tempest will escape, and as she comes across different groups besides the AgraStar, and scavengers, she will see a different world that she was not prepared for.

Alder, one of the scavengers, who wanted to kill Tempest, will join with her find a way to survive. They, despite their differences, they will become friends, and help each other. Tempest does not believe Alder’s stories about AgraStar being bad, and she maintains her loyalty, but at the same time will protect Alder, since he saved her life. As the Blight continues to move toward other areas, Tempest is determined to bring to the main headquarters of AgraStar the seeds that will stop the destruction.

When she is rescued, Tempest will meet the woman who claims she is her mother; it seems her father stole her when she was 5, and the mother grieved over her loss. She will meet her younger sister, who resembles her, as well as a young man, whom also looks like the boy she had a crush on back home. Tempest’s mother is a high ranking scientist, which puts Tempest on higher echelon ; but she is worried about Alder, and wants to save him. What follows is at first an exciting adventure, which will become a interesting discovery with a few twists that will change everything. Tempest was a very good heroine, who must decide what is real and where does she belong. As I said earlier, the ending is not a cliffhanger, but does leave things open. I know that I for one want to know what happens next. This was a very good YA dystopian storyline, very well written by Alexandra Duncan.
Read more
One person found this helpful
Helpful
Report abuse

Cheryl Stout
TOP 1000 REVIEWER
4.0 out of 5 stars "Getting us back to the essentials of life. Depending on the God-made, not the manmade.”
Reviewed in the United States on August 1, 2017
Some of my favorite books are post-apocalyptic and or dystopian. This book definitely fits onto my preferred reading list.

Tempest Torres works as security personnel at an outlying AgraStar facility. It is a fenced huge facility that grows genetically modified corn and houses an ethanol plant and an R&D building.

Tempest wasn't always part of this facility. She was found at 5 years old outside the fence with her dead father and taken in and raised there.

When she is 17 years old, her whole life turns topsy turvy and she has to make difficult choices about who and what she's going to believe in.

I enjoyed this cautionary tale that points to possibilities in the future, some very unpleasant. The author handled the characters, the setting, and the storyline well. There were some sections I would have liked the author to expand. I'm not sure whether this is a standalone or the first in a series. There isn't a cliffhanger ending (thank goodness) and it stands fine on its own merits but I could see a decent series taking off from this book.

I received this book from Greenwillow Books through Edelweiss in exchange for my unbiased review.
Read more
2 people found this helpful
Helpful
Report abuse