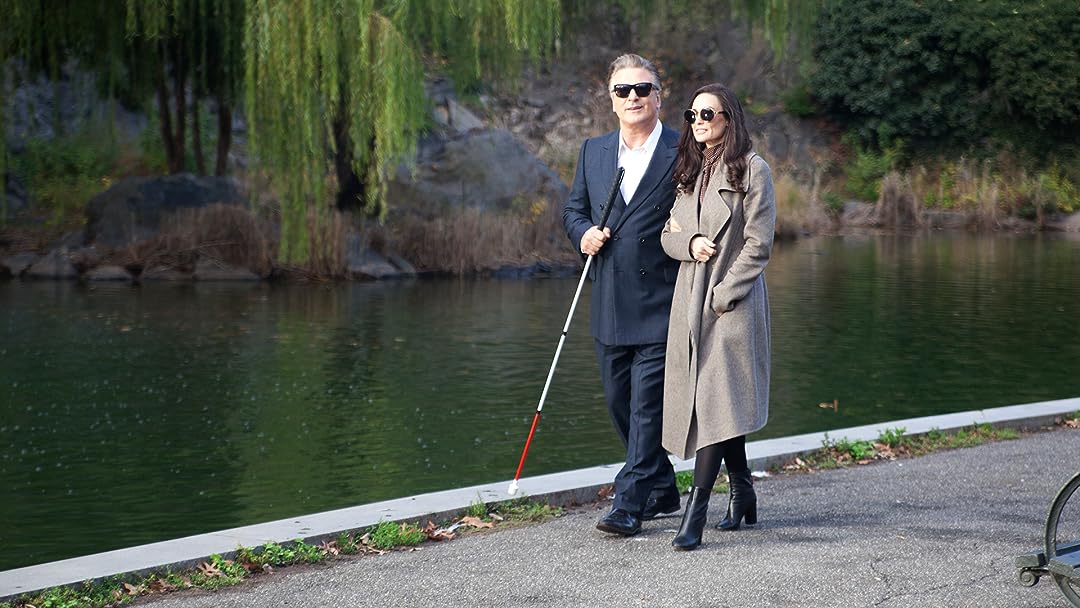 vwReviewed in the United States on April 19, 2022
3.0 out of 5 stars
Little bit of Lifetime & a little bit of Hallmark
Verified purchase
This was a decent movie. It had to have been straight to video, but still worthy enough of watching. Bring your laundry to fold, paint your toenails or grade your students papers - you'll still get the gist of it. Alec Baldwin as a cranky flippant widower and Demi Moore as a Mrs. Bernie Madoff inspired character meet and the rest you'll have to watch. Sure you could pick it apart with pointless story lines, undeveloped story lines (for other characters) but it's really a love story (Hallmark) mixed with a tad bit of overacted drama (Lifetime). Wait until you can grab it for 99 cents if you must pay, or free. It's not bad. Really.

bonbonReviewed in the United States on July 10, 2019
5.0 out of 5 stars
complicated love story
Verified purchase
I love demi moore and think she is among the under-rated actresses category. She is still beautiful and with this character, has so many dimensions as well as character flaws. Well acted and so subtle this is not like the over the top roles I am use to seeing her in. She is always the one making the shots because I think she is this way in real life but in this movie it is in a different way. As we get older she has many facets to think about and she has to think of not only herself but someone else. this must have been tough since she is a kick butt type of woman, hence my review of her playing someone so complicated and delicately fragile.
2 people found this helpful

Nina BeaverReviewed in the United States on July 20, 2017
2.0 out of 5 stars
Skip It
Verified purchase
I usually like all three of these actors and I watched it because of that movie "The Juror" back in the 80's that Alec Baldwin and Demi Moore were both in. They had this love/hate thing going on in that movie. Alec Baldwin was kinda hot back then, but in this I was buying that he was "Blind" and the whole "Poor little Rich Girl/Older house wife" thing with Demi Moore in this movie made me want to barf.
4 people found this helpful

ToothteacherReviewed in the United States on August 19, 2017
5.0 out of 5 stars
Such an under-rated joyful mature movie!
Verified purchase
Such an under-rated pleasure. It's mature, thoughtful and these three actors make a terrific ensemble. It's so rare to find a movie to watch that actually relies on a well-acted script that takes us away rather than some "mega-movie blow-up the world CGI" garbage. Anyone rating this movie less than four stars clearly knows nothing of what movies really ought to be - a story-telling escape. I have watched this movie multiple times now and will continue to enjoy and appreciate this gem of a story.
8 people found this helpful

Alyssia AlexandriaReviewed in the United States on February 15, 2021
5.0 out of 5 stars
LOVE IS POSSIBLE (Open Up Your Heart)
Verified purchase
Emotionally fractured Alec and Demi move toward each other with caution as love will survive.
Watch this with an open heart and mind - you've got one life to live right? got for it - love it out there let it find you, don't fight it:). LOL

Lauryn WingateReviewed in the United States on June 23, 2021
4.0 out of 5 stars
A very New York story
Verified purchase
I really enjoyed this movie. Different than most these days but a typical story. Told beautifully. Paced well and yet a very typical New York story. I give it a 4 - upscale esthetics are great!

J. McGinleyReviewed in the United States on July 30, 2017
4.0 out of 5 stars
Not A Bad Film. Really.
Verified purchase
There are a great many positive things to say about this film and, after having considered those, I eventually arrived at a four star rating. One of the concepts that impressed me was the representation of the character of the inside trading money worshipper. Let's face it - many of these people are covertly (and at times even openly) admired on some levels, and "white collar" criminals are usually considered to be less despicable than the average imprisoned.felon. However, that character here let us see the vicious, brutal nature that really drives the type of man hiding inside that $1,000.00 pairs of shoes. These are men whose actions render pensions useless, result in enormous job losses, destroy companies and bankrupt stock holders. This film showed us how ugly these people can be outside of the office and why they should be considered as part of the same groups of low-lifes that contain those who commit crimes against society. Financial crimes should not be somehow "elevated", and those who commit them belong in standard prisons - not the country club, minimum security institutions where they generally end up.

"Blind" overtly offered us a pretty realistic look at one of these white collar criminals - who far too many times are portrayed as otherwise harmless individuals. I commend that.

All in all, some fairly interesting character studies and some decent observations on people who must deal with - or at times, create - life altering events while nearly past middle age. If you're considerably younger, this film probably won't have a great deal of meaning to you - especially if you aren't yet aware of the difference between "bad acting" and subtlety.


6 people found this helpful
See all reviews
Back to top
Get to Know Us
Make Money with Us
Amazon Payment Products
Let Us Help You
EnglishChoose a language for shopping. United StatesChoose a country/region for shopping.
© 1996-2022, Amazon.com, Inc. or its affiliates