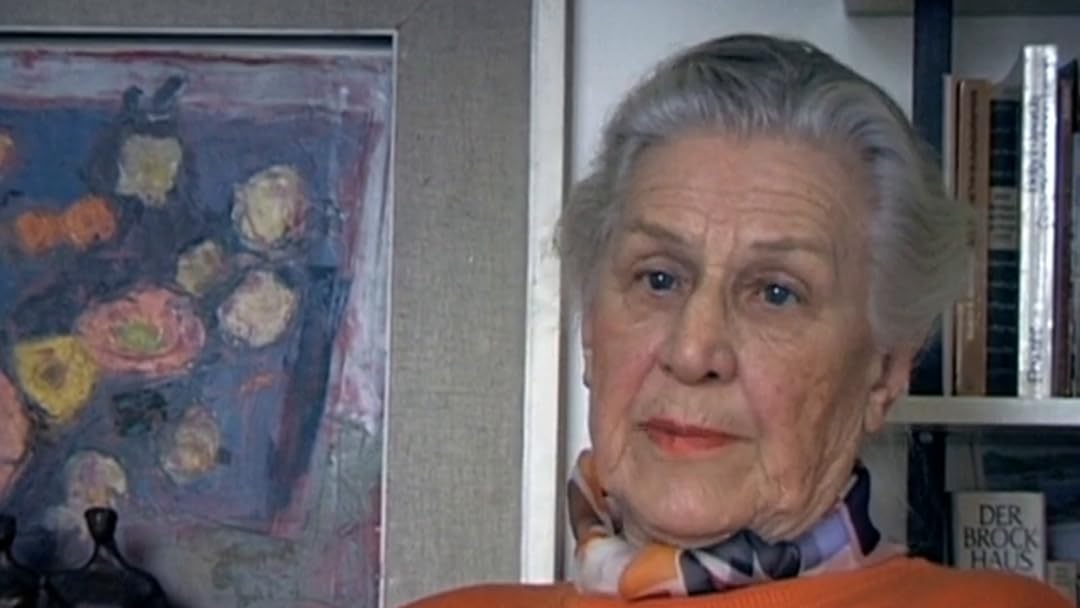 DanReviewed in the United States on August 28, 2021
5.0 out of 5 stars
An example of selective viewing and hearing.
Verified purchase
This is the story of a young woman who was involved with only one side of Adolf hitler and saw and heard only what she wanted to see and hear. It's a good example of how people can be misled by a leader who promises what a population wants to hear but delivers something much different in ways that the people would not normally accept. I feel it explains how he was able to take over the German people and they were persuaded to accept things that they would not normally believe or accept. It can happen in any culture and at any time.

Jerry R.Reviewed in the United States on February 2, 2012
4.0 out of 5 stars
A Poignant and Revealing Catharsis
Verified purchase
As an American Jew who speaks German, I found this lengthy interview particularly fascinating and compelling. Traudl Junge's speech patterns and excellent articulation made it possible for me, a non-native speaker of German, to understand everything she said without the necessity of reading the subtitles. The ability to understand what she says in her native tongue greatly enhances the insights one gains about Junge, the person. Reading subtitles is sterile and gives no inkling into the nuances that are revealed in tone of voice and vocal inflection. In addition, her facial expressions add color and meaning to her monologue.

At the end of the film, my overarching feeling toward Traudl Junge was one of pity. I believe she was a victim of her own naivete and gullibility. Her feelings of guilt and remorse seem quite genuine and sincere. But I am left with questions for which I have no answers: should one condemn a person who, by taking dictation and performing secretarial duties, assisted in the murder of millions of people, even though she personally did nothing to harm anyone? Should she be blamed for her ignorance and, perhaps, her stupidity? Did she look the other way or was she truly uninformed? These questions raise important moral and ethical issues that will probably be debated for decades.

Monica MReviewed in the United States on February 8, 2008
5.0 out of 5 stars
A Must See for "Why" of following Hitlet. One Perspective
Verified purchase
I admire Traudl Junge for her honesty. I could see myself doing just as she, in the isolated world she inhabited. In my view, she cannot be held accountable for all the evils of the time. Having been a secretary myself, I guess I could relate to her experience. I worked in a research facility as a secretary; I didn't know what each individual lab was doing in that building. Also consider that she didn't have a father and had a hole in her heart; she was therefore easily led by her need. She took the job to better herself, not even realizing that the typing test was for a personal secretary to Hitler. She wanted out of the mailroom. She wanted more money in her paycheck as we all do. This isn't excusing the whole terror of the time, but in this woman's everyday life she was like a hamster in a wheel.
9 people found this helpful

John FarrReviewed in the United States on July 18, 2007
5.0 out of 5 stars
Blind Spot
Verified purchase
With so many excellent films concerning Nazi Germany and the Holocaust, few have transfixed me as much as "Blind Spot." This feature needs no graphic wartime footage to deliver its impact. Instead, the camera stays focused on Ms. Junge, who, in her early twenties as the war raged, was completely naive in her political outlook (or so she claims). This film is made more poignant in that Ms. Junge died shortly after production was completed, giving us the feeling that in these interviews, she is working to expiate a lifetime of guilt, one born of ignorance, or perhaps more accurately, a suppression of horrific reality. This makes a perfect double feature with the outstanding narrative film "Downfall", in which her character is featured prominently.
11 people found this helpful

Lydia WahlbergReviewed in the United States on March 28, 2019
5.0 out of 5 stars
That she was young and vulnerable and hitler and his henchmen used that.
Verified purchase
I didn’t dislike anything. Well, maybe I hate the nazis even more.
One person found this helpful

Shanda DornburgReviewed in the United States on March 31, 2007
5.0 out of 5 stars
A unusual perspective that not often presented.
Verified purchase
Extremely poignant.

A unusual perspective that is not often presented.

This is a powerful look into the inside private life of Adolph Hitler, not the man he presented to the public eye.

It is also the story of a woman who found her self unexpectedly in his employ and shelter from the reality of the rest of the world, her enlightenment to his atrocities and her survival and coming to terms with what weighed heavily on her, believing that while she was at the time unaware of his innate evil, she had contributed to his crimes too. VERY eye opening.

I have watched this at least 5 times and learn something new every-time.

Steven F. BrownReviewed in the United States on October 11, 2015
5.0 out of 5 stars
Fascinating stories of WWII from a person employed and trusted by Hitler.
Verified purchase
In a series of interviews she tells of her days with Hitler. She claimed not to have known too much about the horrors of what was going on
but I am not sure she was telling all of her story. Still, it was fascinating to hear her talk.
2 people found this helpful
See all reviews
Back to top
Get to Know Us
Make Money with Us
Amazon Payment Products
Let Us Help You
EnglishChoose a language for shopping. United StatesChoose a country/region for shopping.
© 1996-2021, Amazon.com, Inc. or its affiliates