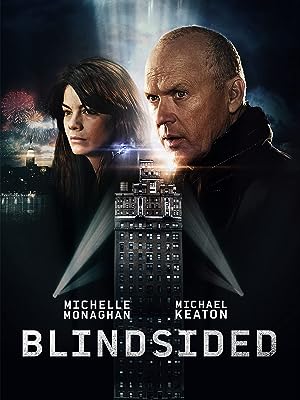 Original Toe KneeReviewed in the United States on February 22, 2021
2.0 out of 5 stars
ridiculous.
Verified purchase
writers writers writers... where are they? Or who in the world messed this one up so badly?

2/3 of the way through it goes off the cliff to absurd. Forget I told you and if you give this one a try, I wonder if you also lose all desire to see the ending. It takes a left hand turn that is so preposterous, I can't finish the move.Who's idea was this?

Micael Keaton plays another silly role that is beyond preposterous and lacks all realm of authenticity. First character "almost cares"...then a big gap in the story after "thrilling chase" and he switches places places, with a psychopath, becomes empathetic rather than the murderer we just experienced...What???? then decides to "make a difference", listen to his prey; after killing two people ALREADY, and to become a person who to "gives a sh*t" and make himself a "better person" because a cat got killed???? What???

"a story laced humanistic elements designed to draw in an audience" loosely sketched in the most nonsensical manner, alongside "a plot that has been done a thousand times" then superficially presented to the viewer with such absurd logic so that no one would ever believe any of it.... what happened to foundation? What happened to character development? What happened to drama???? Why make this movie????......

AtlangelReviewed in the United States on December 27, 2017
4.0 out of 5 stars
Great Thrill Ride
Verified purchase
This was an exciting thriller that had a few twists. I always enjoy Michael Keaton and this film was another vehicle that showcased his incredible talent. I am dating myself, but this one reminded me of "Wait Until Dark". The violence seemed over the top, but I understand the reasons why it was deemed necessary. Overall, this was a heart pounding ride.
4 people found this helpful

Bruce WinningReviewed in the United States on February 10, 2021
5.0 out of 5 stars
very unusual premise
Verified purchase
I like 16:9 and I like 5.1 surroundsound. I like the violence. I like the shooting; that was unusually important. Greed is hazardous to his health. I am getting quite confident in the recommendations list.
One person found this helpful

Craig C. LongReviewed in the United States on February 3, 2021
1.0 out of 5 stars
Total rip off
Verified purchase
this move is a rip off of "wait until Dark" and a very poor try at it, acting was not so good and it was very slow and could not wait till this crap ended. can I sue amazon for the 2 years of my black Irish life lost.

ScottReviewed in the United States on February 8, 2021
1.0 out of 5 stars
horrible!
Verified purchase
and the cat that was tossed off a 15 story roof is seen walking over the dead body of the bad guy who just got tossed over too . . . are you kidding me?

W. T.Reviewed in the United States on February 12, 2021
4.0 out of 5 stars
Really interesting.
Verified purchase
Not sure I would necessarily consider it a thriller. Some action with an interesting plot.

NanOReviewed in the United States on November 20, 2015
4.0 out of 5 stars
GOOD THRILLER!!!
Verified purchase
Good thriller! I love Michael Keaton! He makes a great villian! Good on-the-edge-of-your-seat movie!!!
5 people found this helpful
See all reviews
Back to top
Get to Know Us
Make Money with Us
Amazon Payment Products
Let Us Help You
EnglishChoose a language for shopping. United StatesChoose a country/region for shopping.
© 1996-2021, Amazon.com, Inc. or its affiliates