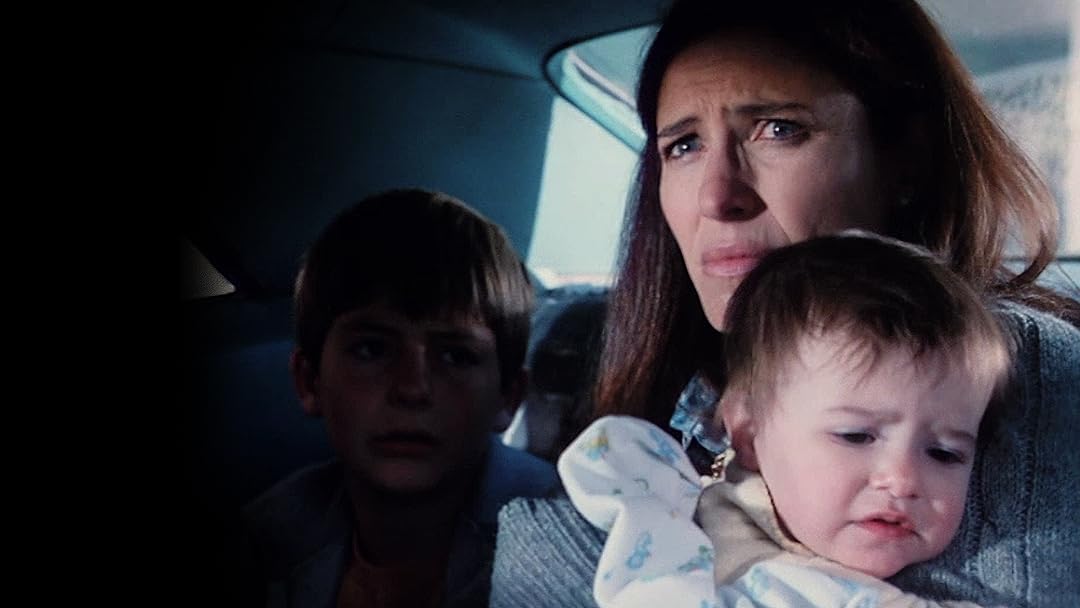 In the Blink of an Eye

(40)
5.61 h 25 min199616+
A filmmaker learns about her childhood friend who has been jailed in connection to the shooting deaths of two police officers. Her friend says she didn't commit the murders, but has ultimately been sentenced to death. Putting her career on hold, the filmmaker endeavors to win freedom for her friend and prove her innocence. Based on a true story.

Aba GayleReviewed in the United States on November 6, 2021
5.0 out of 5 stars
This is a true story and so timely!
Verified purchase
This film is well written and the acting is amazing. This is a story that everyone needs to see. Can you even image locked away for 15 years? Micki Dickoff has done a suburb job of bringing this story to the public.
Please do more to let people know it is now live streaming. I loved this movie the first time I saw it and was so happy. to be able to watch it again. I have told all my friends to watch it. Thanks!

GerardaReviewed in the United States on November 7, 2021
5.0 out of 5 stars
Broken justice system
Verified purchase
This brilliant and heart-wrenching movie is just as relevant today as it was 25 years ago. We still have a
broken justice system that too easily can be manipulated. From ambitious prosecutors who can suppress evidence to eyewitnesses being coached, and plea bargains obtained from defendants. How many criminals are willing to lie or bend the truth to save their own skin? The system is corrupt and the death penalty is arbitrary. Too many mistakes are being made and too many innocent people have been killed and are still being killed as a result. Not to mention having the means to afford good lawyers! It's no accident that many more poor people end up behind bars or worse. Abolish the death penalty!
And finally, most defendants do not have a dear and smart friend to help them. Sonia Jacobs was a very lucky woman indeed to have a Micki fighting for her.

Laura B MarshReviewed in the United States on November 7, 2021
5.0 out of 5 stars
An Excellent Film
Verified purchase
This film is a must see. It is a true story about two friends one of which spent 16 years In jail for a crime she didn't commit. The cast was excellent, and it was well written. The director did an superb job telling this story. After all, it was hers. I was on the edge of my seat wondering how this could happen. I highly recommend it.

Cynthia I. MartinezReviewed in the United States on March 26, 2011
3.0 out of 5 stars
Under oath: Corruption, lies, twisted deals, fake witnesses
Verified purchase
This movie is based on a TRUE event about a woman and her husband/lover who find themselves entangled in the corrupt legal system, landing both on DEATH ROW, after they agree to accept a ride back to their home-state from the husband/lover's EX-CON "friend."

"In the Blink of an Eye," 2 officers end-up "shot to death" and the "victims" (the woman & husband/lover), end up with GUILTY verdicts, instead of the "supposedly" EX-CON driver.

15 years later, the imprisoned woman's childhood best friend reunites with her friend and is compelled to FIGHT THE SYSTEM and OVERTURN the verdict during the course of her LAST CHANCE APPEAL. Her friend conducts her OWN investigation in collaboration with her friend's lawyers.

It is a FAST-PACED movie. The acting is not the best at all - although the storyline would have had GREATER potential. (I will RESERVE my personal opinion/thoughts about the characters - esp. the "victims" from this review, as I cannot decipher if it's due to the "bad acting" or "sloppy" script).

However, this movie reveals the "corrupt legal system," the "lies" and "twists" that actually occur in courtrooms, along with the legal "deals" that are cut-out for "alleged witnesses" that send the innocent to prison and reduce sentences for the guilty and/or fake "witnesses."

This movie emphasizes more on "THE LEGAL SYSTEM" and NOT "PRISON LIFE." So, you do NOT see "WOMEN IN PRISON LIFE" (raping, cussing, fighting, stabbing women, lunch-stealing women, etc). On the contrary, because the focus is NOT in "PRISON LIFE," this movie does not give you the slightest-chance to see PRISON as a "BAD place."

As mentioned before, it IS a very fast-paced movie. So, you're not eternally "grounded" in a courtroom OR "grounded" in prison. It moves rather quickly. It's NOT suspenseful or gripping, but just a historical story of a TRUE event.

I would have given this movie 2 stars because of the bad acting and a sloppy script (in my opinion) but the story-line's undeveloped GREATER potential is why I gave it a 3-star rating.

anca van assendelftReviewed in the United States on November 7, 2021
5.0 out of 5 stars
It's Real. It happened. Awesome movie.
Verified purchase
Powerful story. Told compellingly. This is an oldie but goodie. It's amazing what is to be found when you really start looking. Really. And sort it out. Not just one life, but many lives impacted.

Doug Van AntwerpReviewed in the United States on April 22, 2015
4.0 out of 5 stars
Suspenseful film
Verified purchase
An excellent film, suspenseful & well acted.
It's based on a true story and really holds your interest, especially if you like court trials. I couldn't stop watching it.
It shows the value of a close friendship and how one woman goes all out to support the other.
A movie well worth seeing. I'd rate it at 4 1/2 stars.
One person found this helpful

Amazon CustomerReviewed in the United States on January 17, 2019
5.0 out of 5 stars
Good movie!
Verified purchase
Based on true life, done well.
One person found this helpful
See all reviews
Back to top
Get to Know Us
Make Money with Us
Amazon Payment Products
Let Us Help You
EnglishChoose a language for shopping. United StatesChoose a country/region for shopping.
© 1996-2021, Amazon.com, Inc. or its affiliates