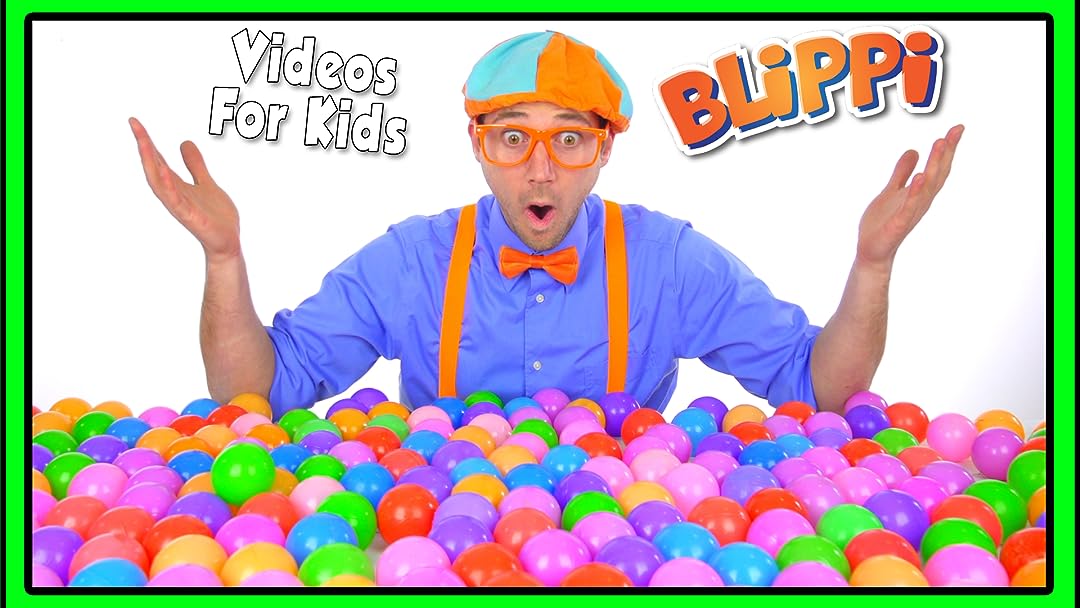 Season 2
(480)
6.72014X-RayALL
Blippi in this educational series for toddlers will teach your youngsters through the power of fun! Join Blippi at a few playgrounds and playing with some toys while keeping everything entertaining and educational at the same time!

Katherine GReviewed in the United States on May 5, 2019
1.0 out of 5 stars
All parents must read.
I am about to ruin a lot of parents happy image of this guy but I feel every parent should now who their kids are watching. My son found Blippi on his Fire Kids Unlimited FreeTime. I was not much of a fan since the guy has some bizarre antics that I don’t want my son repeating in public but my son really liked the show. Multiple people who have noticed my son watching the Blippi show have had comments like, “that guy is really weird” or “what in the world is he watching”. My only response has been in agreement. I didn’t realize how creepy this guy was until I read some info that can be found on the Amazon video app. When searching for his show you can click “view details” next to the title image, then scroll down a little for “more details”. Scroll all the way down and you find a section called “Did you know?”. I found this fun fact that I then googled to confirm. It states, “Before creating Blippi, Steven John had an old YouTube channel where he made gross out videos. One of the videos involved himself doing a Harlem Shake video in which he defecated on a friend’s buttocks”. In what universe should a man who did that be allowed to have content for children on Amazon video? I don’t care that he was in his early 20s at the time and regrets it. Sane people don’t do things like that, especially for the whole world to see, at any age. I want all Blippi content blocked for my son but turns out it is down to age filters on most devices. I have it set for 2-4 years old. His Fire Kids tablet has the ability to block specific content but Fire Sticks and phone amazon video apps are not as easy. I’m just shocked by all of this. I wish I could give zero stars.
216 people found this helpful

NonameReviewed in the United States on November 9, 2018
1.0 out of 5 stars
Terrible and disturbing. Inappropriate.
This is normalization and nothing more. A grown man should not be wearing these clothes and behaving this way. It teaches children that this perverse behavior is acceptable. I have tried to block it from Prime but as of this review Amazon does not allow blocking specific shows, only filtering by rating to require a PIN. Amazon should allow us to block a show entirely.
127 people found this helpful

I hope Amazon gets these videos taken down before more things are found out. This guy should NOT be allowed around children. Maybe it was just childish mistakes he made in the past but the risk is too great.

Jose debritoReviewed in the United States on February 22, 2021
1.0 out of 5 stars
I didn't order this, I think it a mistake.Can I get my money back?Thanks
Verified purchase
No
9 people found this helpful

Silent JayReviewed in the United States on October 18, 2019
1.0 out of 5 stars
Google- Steezy Grossman aka Blippi. You will not want your kids around him after
This man has made videos with content that is deplorable!!! Google Steezy Grossman.

Shame on Amazon for allowing this man to teach our kids, when clearly he is not fit for this position and they should know that.

I had contacted customer service regarding this, to which I received no response.

I have removed him from our watchlist and refuse to let my children watch him and am trying to inform everyone I know, since Amazon clearly approves of this man the same way YouTube does.... monetarily.
50 people found this helpful

Deedra.AustinReviewed in the United States on March 30, 2017
5.0 out of 5 stars
Great videos for children!
Verified purchase
My youngest son LOVES Blippi and can watch him all day long! Love the lessons Blippi teaches in a fun, eye catching way. Even my 7 year old son and 5 year old daughter likes Blippi.

Nothing bad to say about the videos, just wish there was way to buy all of them for Instant Video, instead of doing it one at a time. It would be so easier, and people won't have to worry about reaching their transaction limit for the day buying them.
34 people found this helpful