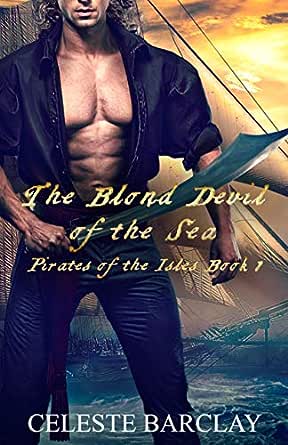 You've subscribed to Pirates of the Isles! We will preorder your items within 24 hours of when they become available. When new books are released, we'll charge your default payment method for the lowest price available during the pre-order period.
Update your device or payment method, cancel individual pre-orders or your subscription at
Your Memberships & Subscriptions
There was an error. We were unable to process your subscription due to an error. Please refresh and try again. 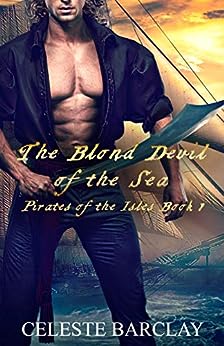 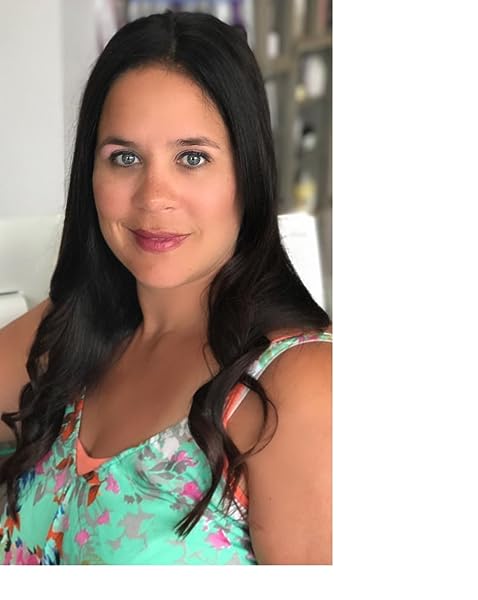 The Blond Devil of the Sea: A Steamy Enemies to Lovers Pirate Romance (Pirates of the Isles Book 1) Kindle Edition 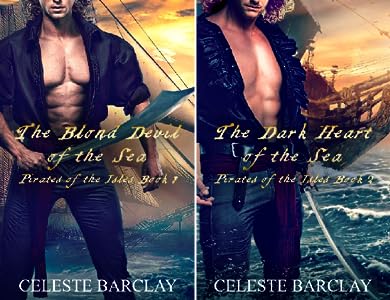 4.5 out of 5 stars
4.5 out of 5
61 global ratings
How are ratings calculated?
To calculate the overall star rating and percentage breakdown by star, we don’t use a simple average. Instead, our system considers things like how recent a review is and if the reviewer bought the item on Amazon. It also analyzes reviews to verify trustworthiness.
Top reviews

My rating is based on the other 65% of the story, which was better than average, but several things bothered me.
Our h is stolen by the H and before she realizes what type of man he is, she decides to lose her virginity because if she returns home, no-one will think she is still a virgin - so within seconds - very descriptive sex, spanking etc. I didn't care for her choice so quickly. There is also a Lesbian scene briefly described later in the story.

She JUST HAPPENS to arrive home, after being away for awhile to the exact time someone close to her is killed - not realistic! Then no loss of tears from her or others over this killing. Didn't add anything to the story and should be deleted. Because I thought less of her because she acted as if it were nothing.

Something happens between the h and the H's cousin. When they meet up again, neither mention it nor act awkward.

The story about Pirates and Highland Clan were enjoyable. There is suspense, violence and twists.

Kindle Customer 123
5.0 out of 5 stars Loved This Book!
Reviewed in the United States on April 20, 2020
Verified Purchase
Wow!! The Blond Devil of the Sea is  more than a steamy historical romances, it's sizzling hot with  all the naughty tantalizing passion on the high seas that will hold you spellbound as it comes to life with all the intrigue, betrayal and smugglers  with a web of deceit and lies that is spun that will keep you reading to the very end. It's an action-packed ride on a pirate ship full of trail and tribulations that will keep you sitting on the edge of your seat until the very end. With a incredibly strong plot that brings this read together perfectly. Celeste Barclay has written unforgettable romance with a strong plot, remarkable emotions, unforgettable characters, with setting descriptions and action sequences that are wonderfully vivid which brings this read together perfectly and will keep you captivated from the moment you begin the journey with Rowan and Caragh until the very end!. Caragh, a feisty smuggler meets her match in pirate captain Rowan a blonde hair, blue eyed brawny Highlander. Sparks fly from the first with heated tempers and feelings swirl like a raging storm at sea between and Caragh and Rowan then blaze with an all consuming passion!  A heart pounding story full of swashbuckling adventure, bdsm, drama, suspense, and trials and tribulations, turmoil, and while the suspense builds and tensions escalate with the twist and turns abound that makes this one outstanding story!

I received a free copy of this book via Booksprout and am voluntarily leaving a review.
Read more
2 people found this helpful
Helpful
Comment Report abuse

Sara K.
5.0 out of 5 stars Rowan and Caragh were such an electric couple!
Reviewed in the United States on April 20, 2020
Verified Purchase
Let me start by saying that I've loved all the books I've had the chance to read by Celeste Barclay. They are all so original and offer up the heat! But the Blond Devil took the heat to a whole new level and I AM HERE FOR IT!!! I often find that when it comes to HR you often have to make a choice, you either have to find a book that has a rich story line or find one that offers up the steaminess. They don't often go hand in hand, and that is what I love most about Celeste's books. They are the perfect blend of a rich and engaging story with plenty of the yummy steaminess I love! Rowan and Caragh were such an electric couple! There is just something about two strong and independent people finding in each other the love and trust needed to let their guard down to be vulnerable with one another that makes for an excellent read! I'm really looking forward to second book in this series that fills in the other side of the story with Rowan's cousin, Ruairi and Caragh's cousin, Senga.
Read more
2 people found this helpful
Helpful
Comment Report abuse

Merrie
4.0 out of 5 stars Hot Pirate Romance
Reviewed in the United States on April 20, 2020
Verified Purchase
I enjoyed reading this adventurous story. The main characters are full of life and the intriguing plot is full of twists and turns. The romance is hot and drives the storyline from beginning to end. If you love pirates, action, and don't mind some frank language combined with dominant/submissive sex, this is the book for you!

I received a free copy of this book via Booksprout and am voluntarily leaving a review.
Read more
One person found this helpful
Helpful
Comment Report abuse

Denise DeCrescito (From In Here)
5.0 out of 5 stars This couple is electric together, and their story is sizzling
Reviewed in the United States on April 26, 2020
Verified Purchase
This book goes places I have not seen a romance go before. Wow.

Rowan and Caragh meet in a wild clash of smuggler versus pirate, and the crazy pace of their relationship never lets up. The passion is intense and the events in the story are wild, to say the least. There is mild BDSM, and sort of cheating by the heroine, but with the hero right there and in very unusual circumstances, so I’m really not sure if it even counts as cheating. You should read the book and decide for yourself! The relationships are as complex as is the story itself, but it is never hard to follow. I am really looking forward to reading the next story in this series.
Read more
Helpful
Comment Report abuse

Loreli
5.0 out of 5 stars Passionate
Reviewed in the United States on April 20, 2020
Verified Purchase
I so enjoyed this very passionate book. This book hit on so much emotion and passion I couldn’t put it down. The twists, chemistry, drama, and suspense throughout kept me riveted. Rowan was rough and powerful. He also was very loving and caring toward Caragh. Wanted the book to continue.

I received a free copy of this book via Booksprout and am voluntarily leaving a review.
Read more
One person found this helpful
Helpful
Comment Report abuse

Amazon Customer
5.0 out of 5 stars Blond devil..
Reviewed in the United States on May 12, 2020
Verified Purchase
This book kept you on your toes.. from beginning to the end.. I highly recommend.. very good story action too!! 👍🌹🌹💐💐💃🏻💃🏻❤️❤️❤️❤️❤️
Read more
Helpful
Comment Report abuse

Kindle Customer
5.0 out of 5 stars Excellent
Reviewed in the United States on October 9, 2020
Verified Purchase
This is a wonderful story and author. I love her stories. I wasn't expecting the sex scenes, but adds spice
Read more
Helpful
Comment Report abuse
See all reviews

Mrs Marilyn Parry
5.0 out of 5 stars The Blonde Devil of the Sea
Reviewed in the United Kingdom on June 29, 2020
Verified Purchase
I enjoyed this book very much, I love Pirates and smugglers.
I had read a portion of this book previously in a huge book about Pirates and a number of authors had written short excerpts of their books to make a box set. So one day i managed to speak to one of the authors who said she had made a complete book of this story and it was still being sold on Amazon. So i purchased it and enjoyed every word. Well done Miss Barclay.
Read more
Report abuse

lcdolphin
4.0 out of 5 stars Fiery relationship
Reviewed in Canada on April 20, 2020
Verified Purchase
Amazing, very steamy story of Caragh Pedrick and Rowan MacNeill. Caragh is a very independent woman who has taken on the task of leader of her local smuggling ring. Rowan was forced from his home, and has found satisfaction as a pirate. Their fiery relationship starts very quickly, but can it continue when circumstances become misunderstandings and trust becomes an issue. This is definitely a steamy story and does include painful punishments and explicit sex scenes.
Read more
Report abuse
See all reviews