You've subscribed to Dark Desires! We will preorder your items within 24 hours of when they become available. When new books are released, we'll charge your default payment method for the lowest price available during the pre-order period.
Update your device or payment method, cancel individual pre-orders or your subscription at
Your Memberships & Subscriptions
There was an error. We were unable to process your subscription due to an error. Please refresh and try again. 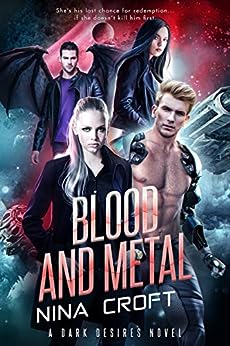 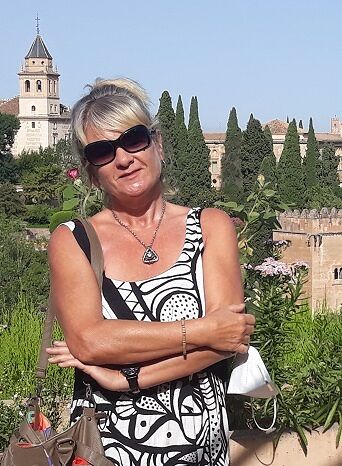 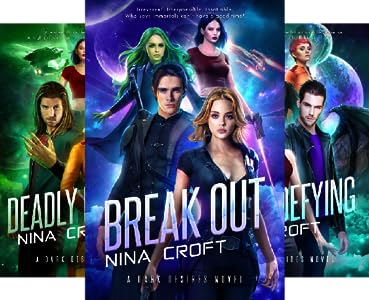 "This exciting sci-fi paranormal romance willdelight you while keeping you in suspense the whole way through! I'm stillreeling..." Jess

"Compelling, carefully crafted, and shockingly unique (because there's no other word for the one-of-a-kindgenre amalgamation), Blood and Metal will entertain readers of manydifferent romantic sub-genres." Eleanore T.

"A mixture of myth and modern technology,Blood and Metal is a strange brew but a great read...A must read for fantasylovers." S.K. Gregory

"Expect romance but most of all expect to beentertained." Marta Cox

"Wow! What a blend of multiple genres and itworks fantastically!" Jeri

"It's a perfect blend ofscifi, paranormal, and romantic suspense, and Ms. Croft makes it workbeautifully!" Monique

4.1 out of 5 stars
4.1 out of 5
40 global ratings
How are ratings calculated?
To calculate the overall star rating and percentage breakdown by star, we don’t use a simple average. Instead, our system considers things like how recent a review is and if the reviewer bought the item on Amazon. It also analyzes reviews to verify trustworthiness.
Top reviews

Eleanore T.
5.0 out of 5 stars Book Review: BLOOD AND METAL (Nina Croft)
Reviewed in the United States on August 26, 2015
Fergal Cain is half human and half cyborg after a stint at the hands of a scientist whom he now has to find, before he (Fergal) succumbs to the poison running through his veins. His six months to acclimate to the treatment Stefan gave him before disappearing is almost up, and if he doesn't find Stefan first, he'll be dead ... exactly the thing he's been fighting against his entire life.

Now, he's been taken prisoner by the only people who might be able to help him find Stefan. And those same people are on a mission to destroy the one place where Fergal's intel has told him Stefan may be.

Daisy was once a genetically modified human, part plant. These days, she's a newborn vampire, and fighting a constant, sometimes losing, battle against her newly acquired blood lust. She and her colleagues-slash-friends, a motley collection of other vampires and equally bizarre, partly human creatures, are dead-set on destroying the villains who killed their friends.

Picking up Fergal along the way wasn't really part of the plan, but now that he's around, Daisy has trouble concentrating on doing her job. They were once lovers, after all, and he's still just as appetizing --- in more than one way, now --- as he used to be. But he has secrets of his own, and with their ultimate desires at odds, will they manage to reconcile?

Where to begin? I'll start by saying that my expectations of a story that incorporates elements of science fiction, space travel, the paranormal, adventure, and romance weren't particularly high to begin with, since I had no idea what to expect.

I'm delighted to report, however, that my expectations were exceeded by an astronomically high percentage I'm not sure I could fully quantify for you. Croft's work is surprisingly seamless, organically rendered, and strikingly believable within the "otherworld" she's so cleverly devised on the page. Compelling, carefully crafted, and shockingly unique (because there's no other word for the one-of-a-kind genre amalgamation), Blood and Metal will entertain readers of many different romantic sub-genres.

Ultimately, of course, the work is a romance at its core, between the unlikeliest of characters. Fergal is half human, half computer, for heaven's sake, and Daisy is a plant human turned vampire. Their interactions are equal parts smoking hot, biting, satiric, witty, sweet, and tender, promising a fascinating read apart from the fantastical world in which their story is set.

Who else but an expert author could dream up a relationship in which the hero does everything he can to cheat death and the heroine already has ... and the two are polar opposites, quite literally, from one another? Croft makes a tremendous promise to any readers who pick up and scan the back cover copy of BLOOD AND METAL, that she'll be able to assimilate all these seemingly disparate components into a working whole.

And with all the aplomb of the talented, experienced author that she is, she keeps her part of the bargain with flying colors. All that's left is for you, the readers, to devour and enjoy.

Disclaimer: I received a complimentary copy of this work from the publisher via Netgalley in exchange for an honest, though not necessarily positive, review. The opinions I have expressed are my own.

Kindle Customer
5.0 out of 5 stars This series keeps getting better!
Reviewed in the United States on April 15, 2016
Verified Purchase
I made a HUGE mistake! I let this fifth book in Nina Croft's Dark Desires series sit on my Kindle carousel since the day it was published eight months ago. I tend to get bored by the characters, universe and writing style of an author after the third book in a series. Most of the time, I feel the books lose their magnetism and originality and become formulaic. That was a bodacious blunder in this instance. Blood and Metal was every bit as good as the first books in the series. Maybe better. It is so RARE when that happens! I'm happy and kicking myself all at the same time.

Finally, finally Daisy is getting her own installment in the series.The youthful, genetically modified co-pilot of the Blood Hunter crew has been a fixture of all five books to date. She starts the series as a chlorophyll filled human with green skin and hair, but in book four she was saved from sure death by her mentor, vampire Rico Sanchez, and granted eternal life. Daisy is finding eternal life is not all it is cracked up to be, and the effervescent girl is not adjusting well to the darkness inherent to vampire. She is always blood-hungry, lonely, and questioning her role with the crew and in the interminable future that awaits her.

Daisy finds that life doesn't stop just because she is depressed and stewing. As the book opens, the crew is attempting a rescue of Jon, the main character of book two, from where he is being detained as a long-term political prisoner. That is when it hits you that this fifth book jumped forward 20 years and all has not gone well for the Blood Hunter compatriots. Though the first prison break attempt is botched, the crew does manage to capture a useful hostage, a prison guard. As is typical in the way Croft gets a plot to fold in on itself, the guard is not the tool the crew expected. He is a past acquaintance, particularly known to Daisy, who hides his own cellular modifications. Fergal Cain and Daisy once had a "thing" and that "thing" is about to explode again, but only if new vampire Daisy can manage to not eat him first.

What follows is intricate and involved plotting, firmly entrenched in the past books of the Dark Desires series. Croft does a good job, though, of explaining past history without bogging down the narrative. Though I have read all the previous books, I believe a newby could read this installment and love it just as much.

Fergal Cain was a refreshing new voice for the series. He has this irreverent edge that helps him fit into the crew very well. He has some interesting exchanges with Rico, who weirdly finds himself almost in a fatherly role. These people know each other so well that it just oozes through the dialogue and makes the action sequences run like a well-oiled machine. Cain's modifications keep surprising, but he has a deadly deadline hanging over him, and his anxiety about getting to the doctor who initiated his DNA alteration make him seem callous and selfish to the crew. The ultimate sacrifice will be necessary when Daisy and Fergal confront their personal and physical shortcomings, the chaos engendered by the confluence of religious and secular powerplays, and any hope of a future together.
Read more
One person found this helpful
Helpful
Report abuse

Islandtimemama
5.0 out of 5 stars Worth the wait
Reviewed in the United States on August 24, 2015
Verified Purchase
Nina Croft definitely delivered in the fifth installment of the Bloodhunter series. As always, she does a great job of world-building, crafting a fascinating future for mankind (and other beings). She manages to tie in previous books to keep the story moving forward, and reminds the reader of past events without just rehashing them. I liked both leads a lot better than the previous book. As with all the other books in the series, the main characters are neither all good, nor all bad, but exist somewhere in between. One of my favorite things about this author's writing is her ability to mix snarky humor with action and suspense. Kind-hearted heroine struggling with the monster within meets cyber man unwilling to connect. Great story! I would definitely recommend to any Nina Croft fans; however, read the other books first because there's a lot going on in this one.
Read more
Helpful
Report abuse

Terri
5.0 out of 5 stars Five Stars
Reviewed in the United States on March 16, 2016
Verified Purchase
This is book 5 of a fantastic, adventure filled series. Would make a fabulous movie series
Read more
Helpful
Report abuse