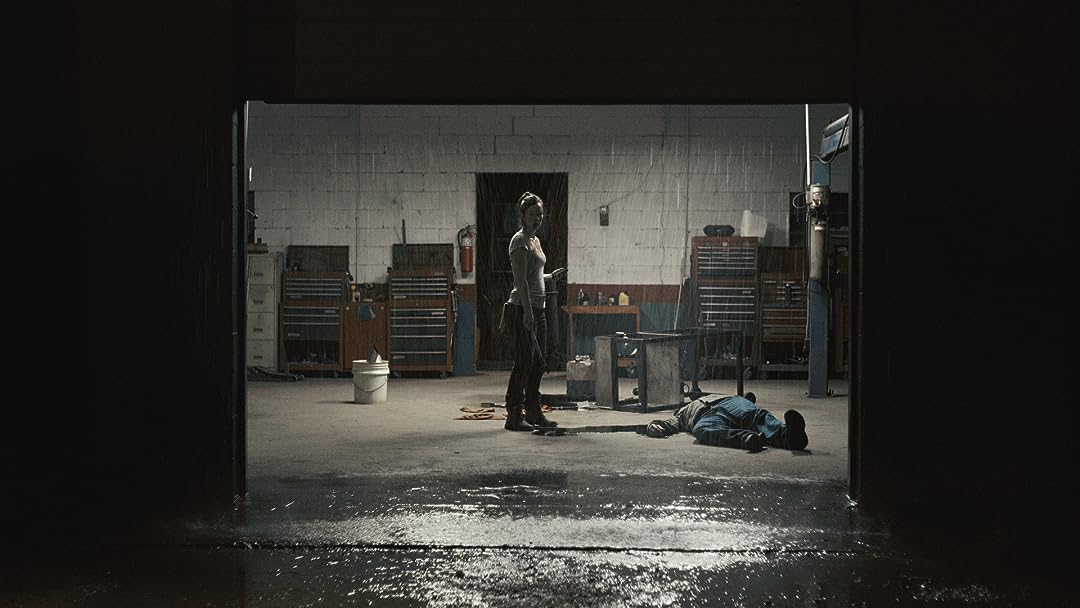 Blood On Her Name

(562)
1 h 23 min2020X-Ray16+
A woman's decision to cover up an accidental killing spirals out of control when her conscience demands she return the dead man's body to his family.

SylviaReviewed in the United States on March 19, 2020
5.0 out of 5 stars
Highly recommend this thriller!
Verified purchase
I started this film with very little knowledge about it and no expectations. It was thrilling, only giving information on a need-to-know basis. The back story of the main character's relationship with her father particularly intrigued me.

While the film is not long by today's standards, clocking in at 83 minutes, it feels complete. The story is succinct with a satisfying ending. It definitely brings multiple meanings to the title. I wasn't especially surprised by any of the twists and turns, but it also doesn't feel boringly predictable.

Geoffrey F. ArnoldReviewed in the United States on July 26, 2021
4.0 out of 5 stars
Very well done Independent film.
Verified purchase
This story is not fun to watch, but it is very realistic.

When you kill people, it isn't like in the movies where you can simply clean up, dispose of the body and move on. There are other factors involved even if you manage to dispose of the body without drawing attention to yourself as the person of interest.

The main character in this story managed to screw up what could have been a "clean" disposal. Her dad is a sheriff, so she knows things average people don't. And yet, she still manages to ruin her getting away with it...because her son is involved. He actually dealt the fatal blow.

Beyond that, the story spirals into territory you don't quite expect, but which makes sense once it unfolds.

And the ending was a bit more true to life as well, though rather depressing. But that's the reality in some situations and surroundings.

The language wasn't too bad, either. But it was realistic. Not every other word was foul, so the dialogue writers understand real people just don't use foul language as liberally as Hollywood seems to want you to believe.

Overall, a great film. No, it is NOT a thriller. It is a drama that involves a murder. Much different.

Ashley RiveraReviewed in the United States on October 14, 2021
1.0 out of 5 stars
Don't even waste your time. (Partial spoilers)
Verified purchase
I normally do not do reviews but this movie was so backwards I just had to.
I will not give out huge spoilers for those who want to invest their time into this puzzle.
So, as we all know she clearly kills someone -- there is no clear explanation or why or what exactly happened; It just happened. They never physically show anything between the two of what actually went down, he's just dead and apparently he "attacked" her but then she says : "I lost my temper" Which one is it? The relationships between all of the characters were just all over the place. The main character who is the woman was such a naive and annoying character. This film had potential but they were just lost making it. It shows parts from her childhood that were ATTEMPTED to be explained but never got to it. Just a good question for all out there - If you killed someone's significant other are you going to try to be all forgiving and buddy buddy with them? Absolutely not.
3 people found this helpful

DominicReviewed in the United States on August 6, 2021
4.0 out of 5 stars
Wow, unexpectedly original
Verified purchase
Can we just agree that the main character had the most supportive group of individuals around her the entire film? A mechanic that was hard working and honest, a grandfather that genuinely wanted to spend time with his grandson, a drug dealer that was willing to let her chill in his house, told her that he was leaving and would hook her up with another dealer, and somehow she's still carrying around this guilt from decades ago, like wow, get over yourself, lol.

Great watch! Surprised this hasn't gotten more attention. The acting was top notch, all the characters were great.
3 people found this helpful

stewygirlReviewed in the United States on March 4, 2020
5.0 out of 5 stars
So good!!!
Verified purchase
I didn't quite know what to expect, but I have to say it's easily the best psychological suspense movie I've seen in a long time. The characters are multi-faceted and truthful to the human experience. Well done all-around!
9 people found this helpful

N LaneReviewed in the United States on March 8, 2020
5.0 out of 5 stars
Twists and Turns!
Verified purchase
If you like a movie that continues to surprise with little - but important details then this movie is for you. The ending is surprise - not what I would have guessed. The sets are well done such as the rusted mailbox so you know when the main character arrived at the sheriff’s house. Not to spoil the ending but look closely for something shiny. It is the last twist. Enjoy!
6 people found this helpful

MartinReviewed in the United States on August 14, 2021
5.0 out of 5 stars
This Will Grab Your Attention, And Keep You Watching
Verified purchase
This movie truly surprised me. I thought it sounded like just another drama that I could 1/2 watch, while doing other things. I was wrong, it had my full attention. To be fair, the very beginning seems a little confusing, and 10 minutes in, you may feel the need to go back and see if you missed something. But then it starts falling perfectly into place. We should be hearing more about this movie, but it snuck in quietly. However, IMHO, it's destined to become a classic. With a touch of noir, this is a suspenseful thrill ride that will keep you captivated till the end. The storyline is perfect. There are no plot holes at the end. Each character fits perfectly. There are no separate stories added for filler. It has one story to tell, and it's done superbly.
One person found this helpful

Erika EichnerReviewed in the United States on March 6, 2020
5.0 out of 5 stars
A thriller that will make you hold your breath!
Verified purchase
A suspense thriller with a lot of twists and turns! Never a dull moment with a great cast and awesome cinematography.
8 people found this helpful
See all reviews
Back to top
Get to Know Us
Make Money with Us
Amazon Payment Products
Let Us Help You
EnglishChoose a language for shopping. United StatesChoose a country/region for shopping.
© 1996-2022, Amazon.com, Inc. or its affiliates