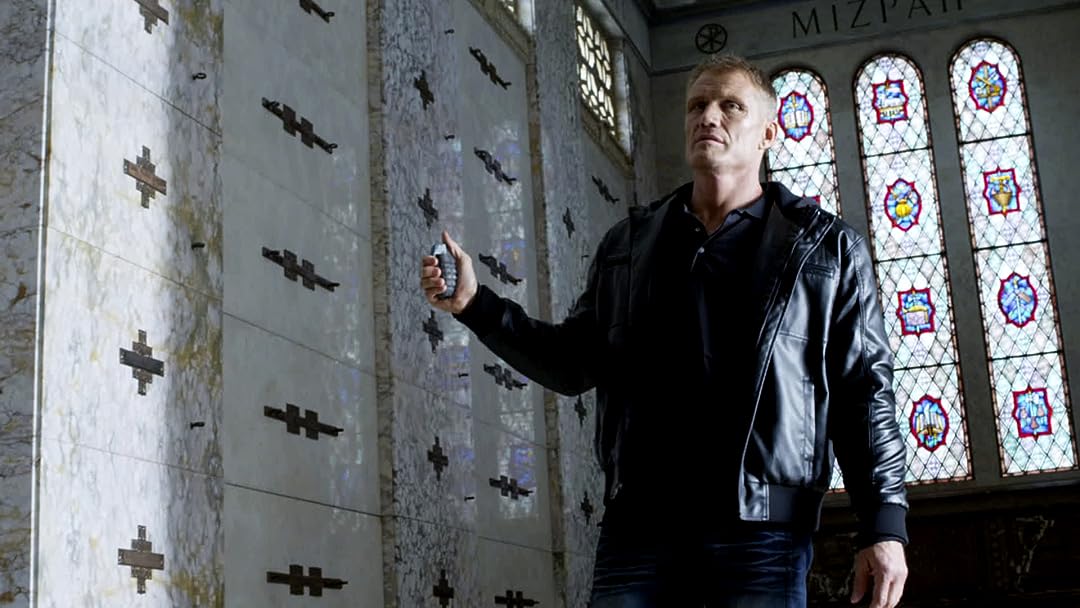 (91)
4.51 h 25 min201318+
Quinn had it all: power, money, a brother who idolized him, and a woman who loved him. But he also had enemies. Betrayed by his inner circle, Quinn is set up and arrested. Upon release from prison, Quinn tries to leave his demons in the past, but "The Company" won't let him leave in peace. Quinn fights, joining forces with his former henchman, The Swede, to take his enemies head on.

KraneReviewed in the United States on September 4, 2020
2.0 out of 5 stars
A convincing whodunit
Verified purchase
Blood of Redemption is another in the series from the gracefully aging action hero movies. Lundgren does a reasonably convincing job as a body guard/detective who relies on his brain more so than his brawn. The 2000 twist is that he fights females too now. I wouldn't rush to put this one on my must see list, but it wasn't totally unobjectionable. BR comes replete with the typical gun shootouts and contrived sex scenes, but strangely lacking the high-speed car chase through this go-round (guess it wasn't in the budget?).

Anyway, BR did take a bit more time with the plot, but neglect any real development of the characters. There are no good guys leading roles in BR (another Gen X phenomenon), only less bad, bad guys -- although they do try hard to convince us otherwise. In any event. a retired gangster is still a gangster. So the only saving grace is that they all get what's coming to them in the end.

Bruce WinningReviewed in the United States on December 5, 2019
5.0 out of 5 stars
this is the perfect movie for me
Verified purchase
I like that this is 16:9 video. I like that this is 5.1 surroundsound. I like the action and violence. I like the shooting. I like the punching and kicking. I had to skip the first three movies on Amazon Prime Video recommendations row. Recommendations row somehow got corrupted and has faulty data but this was fourth in the row and exactly what I like to watch on TV.
One person found this helpful

pcsnakeReviewed in the United States on May 20, 2021
4.0 out of 5 stars
Lundgren getting better and this was pretty good
Verified purchase
This was a little bit unexpected. Lundgren did a good job and the plot was
interesting and there was some action and a few pretty girls and things kept
moving around and all and all it was entertaining. I kind of liked it. I give it
a mild recommendation. There are better movies to watch and a lot more worse
ones.

MagnoliaReviewed in the United States on September 12, 2014
3.0 out of 5 stars
Ok
Verified purchase
This was an ok movie. I can't stand movies where there's so much back-stabbing, you forget how the movie started. This is one of those. Set in today's world, it features several rival families who blame each other for one of the patriarchs death. No one knows who really kills him until the very end, when things become very clear all of a sudden.
Dolph Lundgren plays a body guard and trusted confidant to the family of the patriarch who's killed. He tries the entire movie to figure out who did it, and discovers, to his disappointment, the perpetrator who he had trusted for years, and eventually was shot by. But, no worries, he rights things with his old friend and new enemy, and comes out clean in the end. I think the ending was the best part. But, you might disagree. Check it out...you might be more clever in figuring out who the bad guy is.
3 people found this helpful

dhartReviewed in the United States on May 23, 2014
4.0 out of 5 stars
Decent Lundgren Action Flick
Verified purchase
Wow! A Dolph Lundgren action flick with a decent plot. He joins a former criminal (Billy Zane) who just gets out of jail to go after the people who were behind the betrayal of his former boss. It doesn't matter that he is being used, Lundgren's character is more intelligent than his usual roles, he is just interested in taking down the people responsible. Good twists and a strong supporting cast keep the film interesting. Not a great film, but entertaining and better than his usual fare.
3 people found this helpful

Scot BedfordReviewed in the United States on May 16, 2020
5.0 out of 5 stars
VERY STURDY DOLPH with SATISFYING PLOT TWIST
Verified purchase
Gotta say I very much enjoyed very sturdy DOLPH in a gangster pot boiler with a very satisfying plot twist.

Bill,Reviewed in the United States on December 28, 2019
5.0 out of 5 stars
Excellent Work!
Verified purchase
Great plot and acting.