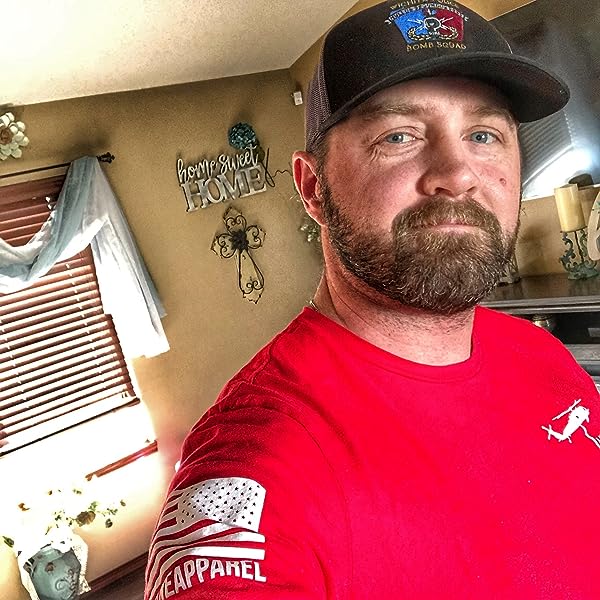 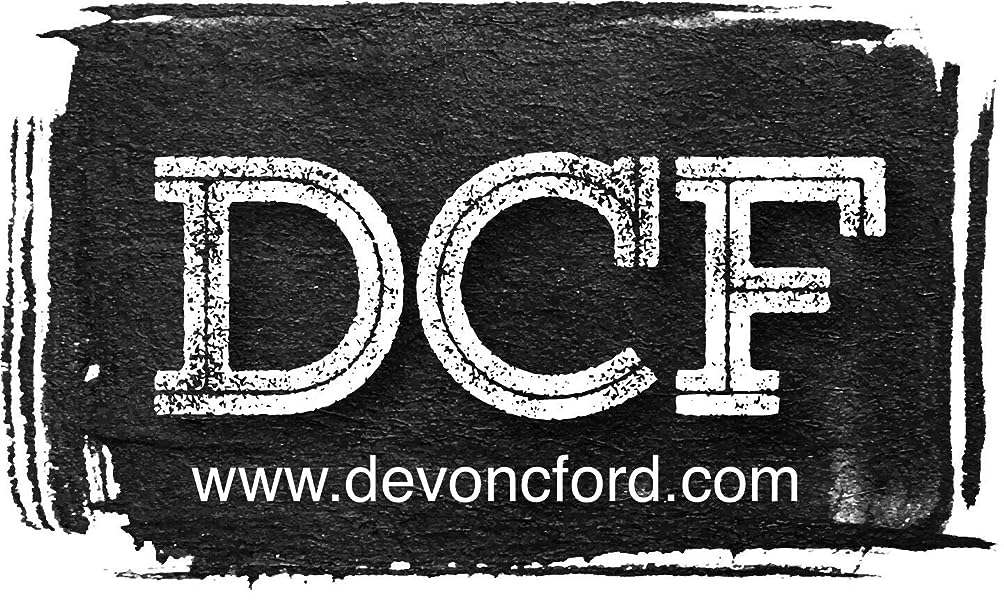 by Josh Hayes (Author), Devon C. Ford (Author)
4.3 out of 5 stars 187 ratings
Book 1 of 2: Tranquility
See all formats and editions
Sorry, there was a problem loading this page. Try again.

They came to start a new life. Now they have to fight for it. Joel Lander wants nothing more than a fresh start, far from Earth and wars that have left humanity’s birthplace in shambles. Leaving on the second mission to the distant world of Tranquility, Lander and his family plan to build a brand-new life for themselves.

Boasted to be everything Earth wasn’t—clean, unsullied, safe—Lander learns upon arrival that Tranquility is anything but. New Independence has gone dark and it soon becomes clear that he will have to fight a terrifying enemy to save their new home, forcing him back into the very life he’d thought he’d left behind on Earth.

M. Kalish
4.0 out of 5 stars Pretty entertaining
Reviewed in the United States 🇺🇸 on August 4, 2021
Verified Purchase
You can tell one or both of the authors was prior military by the way the veterans talk. Also, toward the end of the book, all the grammatical errors leads me to believe at least one of them was infantry. The story is cool as all hell, and the ‘rigs’ were a definitely neat addition. I really want to shoot a blogger at a Rhino.
Read more
One person found this helpful
Helpful
Report abuse

joshua drum
3.0 out of 5 stars Spell check does not replace an Editor
Reviewed in the United States 🇺🇸 on September 8, 2021
Verified Purchase
I really want to like these. Colonzation and Military scifi. Thats my thing. But I can only reread so many sentances trying to figure out what word they MEANT to use. 5 incorrect words on one page. I just couldnt take it anymore.
Read more
One person found this helpful
Helpful
Report abuse

William B. Harden MD
5.0 out of 5 stars very enjoyable read
Reviewed in the United States 🇺🇸 on October 7, 2021
Verified Purchase
Always like a good story, hero and/or heroine . This had it all. Looking forward to reading next volume. As always, if this is the sort of space opera that you like, the you are going to like this😜
Read more
Helpful
Report abuse

Scott Moon
5.0 out of 5 stars Excellent book. Can't wait for book two.
Reviewed in the United States 🇺🇸 on June 15, 2021
Verified Purchase
I've followed the careers of Josh Hayes and Devon C. Ford for a while and have been eagerly awaiting this book. It did not disappoint. My only question is when can I get book number two! (I also purchased the audiobook and really love the narrator.)
Read more
One person found this helpful
Helpful
Report abuse

Mike Keller
5.0 out of 5 stars Outstanding! Not for the faint of heart, but an exciting, hardcore battles.
Reviewed in the United States 🇺🇸 on June 19, 2021
Verified Purchase
Blood and gore, cursing and swearing, cold nights on hard ground. Military Sci-Fi at its best! Non-stop action and excitement. Everything I love in a story. I'm going to dive into the next in this series right now!
Read more
Helpful
Report abuse

Kindle Customer
5.0 out of 5 stars Loved this!
Reviewed in the United States 🇺🇸 on August 2, 2021
Verified Purchase
Was everything I want in a scifi mecha story! Fun world building, neat villian, and a great relationship between the protagonists.
Read more
Helpful
Report abuse

Lyn
5.0 out of 5 stars Blood, Steel, and Grit
Reviewed in the United States 🇺🇸 on September 14, 2021
Full of action, tension, bravado, and mecha destruction! This new mil-SF series by Hayes and Ford launches with a bang. A new colony on an alien world encounters a deadly threat. When the second colony ship arrives, all that is left of the original settlement is confusion and chaos. Our heroes - well-drawn and sympathetic - face the unknown with ingenuity and grit.

Good writing and pacing (though a bit long, imo), this novel has straightforward plotting - the first half tackles the mystery and the second half recounts the expected contest in battle. The ultimate outcome may not be in doubt (we're cheering for the good guys, after all!), but there's so much going sideways that the adventure stays gripping.

Blood and Steel works well as a stand alone if you don't want to start a new series, but there's a nice short segue to a set-up for book 2 for those who want more deep-space thrills. For fans of the genre, this is a good entry. High dead body count and language warning (too many f-bombs for my taste - these are colonists so the vulgar language is unnecessary imo). But one of the authors knows this about me as we live in the same town. ;-) So for me, 4.5 stars.
Read more
Helpful
Report abuse
See all reviews

Kay Smillie
5.0 out of 5 stars Will Keep You Riveted From Page One
Reviewed in the United Kingdom 🇬🇧 on June 8, 2021
Verified Purchase
This is my first book by either Josh Hayes or Devon C Ford, and it certainly won't be the last. I haven't read many military sci-fi series, so this is all new stuff to me.

The main character, Joel Lander, his wife and toddler daughter are part of the second wave of Earth people wanting to start a new life in New Independence on the planet Tranquility. The first colony settled there years ago, however, communication with them has since been lost. They have no idea what will be waiting for them when they arrive there, and the research on the planet certainly didn't factor THIS into the equation.

This book had me on the edge of my seat a number of times as Joel and his (civilian) crew are called upon to fight for their new settlement, and here's the twist... Come on, you didn't expect me to tell you everything, did you?

James Millstone
2.0 out of 5 stars I COULD care less!
Reviewed in the United Kingdom 🇬🇧 on August 10, 2021
Verified Purchase
How authors, two of them, could write a book without knowing the phrase " I could care less" is the exact opposite of the correct phrase of "I couldn't care less" is baffling in itself, a credit to their education system perhaps?
Still, at least in what I could stand to read of the story they didn't say "Could of" so that was something.
The story though just grew more ridiculous by the page, an alien being apparently takes control of colonists on a planet, possibly via spores or something, but the rescuers take no biohazard precautions, & simply cannot connect this with said colonists current behaviour, it's a rebellion or they've simply gone mad...
Anyone from a boy scout upwards, let alone someone with military training would find this all laughable for a while, then be insulted to be expected to believe this twaddle.
Read more
Report abuse

Christopher morgan
5.0 out of 5 stars A futuristic realistic adventure
Reviewed in the United Kingdom 🇬🇧 on June 8, 2021
Verified Purchase
I love both writers other stories and this keeps the reader interested right from the start. A bit of history,politics,mystery and action with a husband and wife mc.

Ron Robson
5.0 out of 5 stars What a great read!
Reviewed in the United Kingdom 🇬🇧 on December 26, 2021
Verified Purchase
A great story with plenty of action. Not for the faint hearted but an excellent read. The lead characters were very good and consistent in their application to try and do the right thing against a lot of opposition. The alien threat was interesting. I can't help but feel that we haven't heard the last of the Hive given the burst of energy sent up at the end. As the cave housed a communication centre it appears obvious.
Read more
Report abuse

Nat 87
5.0 out of 5 stars Brilliant world building and sci-fi adventure!
Reviewed in the United Kingdom 🇬🇧 on June 8, 2021
Verified Purchase
Wow!
This is obviously going to be an epic series! Fantastic world building and very well created characters!
Devon and Josh have done a terrific job on this collaboration, the book builds the characters and reasons for the voyage across space. The arrival at the planet saw the pace accelerate hugely, with the action making me flick the pages SO fast! There are so many twists, turns and new ideas - I cannot wait until book 2!
Read more

Nat 87
5.0 out of 5 stars Brilliant world building and sci-fi adventure!
Reviewed in the United Kingdom 🇬🇧 on June 8, 2021
Wow!
This is obviously going to be an epic series! Fantastic world building and very well created characters!
Devon and Josh have done a terrific job on this collaboration, the book builds the characters and reasons for the voyage across space. The arrival at the planet saw the pace accelerate hugely, with the action making me flick the pages SO fast! There are so many twists, turns and new ideas - I cannot wait until book 2!