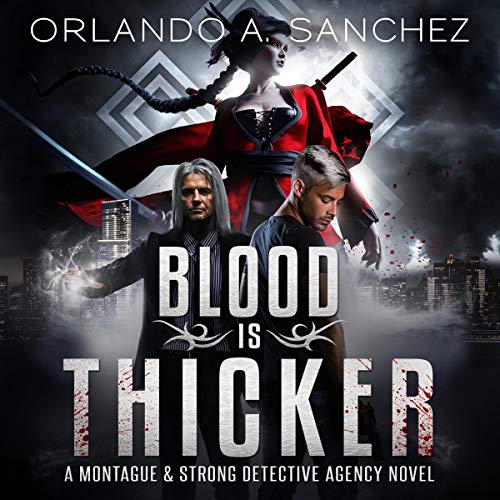 4.6 out of 5 stars
4.6 out of 5
356 global ratings
How are ratings calculated?
To calculate the overall star rating and percentage breakdown by star, we don’t use a simple average. Instead, our system considers things like how recent a review is and if the reviewer bought the item on Amazon. It also analyzes reviews to verify trustworthiness.
Top reviews

Kindle Customer
5.0 out of 5 stars Wow!
Reviewed in the United States on April 20, 2019
Verified Purchase
Wow. Just wow. I'm exhausted after reading this.

First, the only complaint I have is that I totally hate cliffhangers. This has a cliffhanger, so be prepared to be annoyed.

I thought the previous books in this series were great. This was even better, and I didn't think that was possible. I refuse to do spoilers, so I'm not going to describe the entire book. You'll have to read it yourself. I want Tristan and Simon to be real so they can be my friends and I can do coffee and tea with them. On a daily basis. Especially Simon because he shares my sense of humor. Peaches? Love him. A new character, Dex, is introduced and I want him to join my coffee/tea dates too. I can't stress enough how this author has made these characters so addicting. The secondary characters are great too.

This book has so many storylines going on and seamlessly weaves them together. None of it feels scattered and hard to follow. This was intense from the beginning to the end. So much edge-of-your-seat-I-think-someone-is-surely-gonna-die action. It would be overwhelming but again, there's heart to this world the author has created. You want to jump into the book and help, even though they do fine on their own. The heroes are in the middle of so much drama, but the author sucks you in for the ride, somehow managing to hold on to your energy level to keep reading without taking a breath, by the personalities he has created. The world matches reality so it also makes you ponder our own world. Powerful people are corrupt and care little about who gets hurt in the process, as long as greed and power win. It's nice to see people knock them off their narcissistic egos and megalomanic behavior. It's a wild ride that you will enjoy. Take a nap afterward, because you will be exhausted. But you'll love every word, sentence, and chapter. On to the next. After I eat a protein bar, for sure.
Read more
2 people found this helpful
Helpful
Report abuse

LC Rogers
5.0 out of 5 stars They had to magicscience the heck out of this one...
Reviewed in the United States on September 26, 2017
Verified Purchase
Orlando Sanchez hits it out of the park, again! Each Monty & Strong adventure becomes more over the top than the last. As the cast of characters grows and the storyline develops the danger and intrigue becomes more complex and for every answer there are at least two new questions. The core group remains stable. Top billing goes to Tristan Montague, the somewhat uptight, quintessentially English mage, who is currently on the run from his old order for opening a void vortex in New York City. There were extenuating circumstances. We’re still not really sure why he left his order in the first place. Chances are high that the reason involved irreconcilable philosophical diffetences. Simon Strong rounds out the partnership as the somewhat rough around the edges, newly minted, cursed immortal. Strong, who used to work for NYTF, New York's supernatural police force, in an undisclosed capacity, is still learning his way around the supernatural world. Hades (yeah, that Hades), apparently has an odd sense of humor because he gave Simon one of Cerberus' puppies, Peaches. Peaches is a perpetually hungry force of nature who accompanies Simon everywhere and periodically talks Simon into allowing him to maim and shred things.
When Blood Hunters attack and kidnap Michiko, the current head of the Dark Council and Simon's, well, we're not really sure exactly what their relationship is, it's complicated, the boys go on the offensive. Not surprisingly, it turns out that there is more going on than initially meets the eye. In order to save Chi, Monty and Strong will have call on old friends, make new enemies, get reacquainted with family, and magicscience the heck out of their rescue plan. The action is non-stop and by the end there are so many plates in the air that the boys may need to call in reinforcements to keep it all from crashing down around their ears. A thoroughly enjoyable read!
Read more
One person found this helpful
Helpful
Report abuse

A Customer
TOP 500 REVIEWERVINE VOICE
4.0 out of 5 stars Grrrrrr! Annoyingly abrupt cliffhanger.
Reviewed in the United States on January 28, 2021
Verified Purchase
I wanted a lighter read with a bit of snark, so I chose this UF, which I read three years ago. The fast-paced storyline brims with snark, vampires, magic, mages, guns & blades, a hungry Hellhound, and some of the best UF characters.

This time I listened to the audiobook version, because Kevin T. Collins is an excellent narrator. Mr. Collins gets 5 stars. Mr. Sanchez gets 3 stars after I docked 2 stars for the thrown-off-a-cliff ending.

Looks like I didn’t leave a review anywhere, probably because Blood is Thicker has a cliffhanger ending—which really annoys me, especially when I’m not expecting it. Depending on my aggravation level, I knock off 1-2 stars.
Read more
Helpful
Report abuse

Laurie C. Davis
5.0 out of 5 stars Shaynetastic!
Reviewed in the United States on January 17, 2018
Verified Purchase
Blood is Thicker, the third book of the Montague and Strong Case Files series by Orlando Sanchez, is another thrill ride. This installment involves Michiko, a powerful vampire who heads the Dark Council, who is also Simon’s girlfriend (what is their relationship, truly?), is kidnapped and the balance of life is in peril. Quick on the case, Simon and Tristan must discover who is attacking the vampires and to bring order to the supernatural community once again.
I love to read the tale of these two. It is filled with wit, humor and great characters. I love how Sanchez keeps the pace moving along, barely giving you a chance to take a breath, and you just can’t walk away until the last page. His references to other author’s characters is clever (like the wizard in Chicago and the one in St. Louis), not to mention creating new words to connect it all. It is truly shaynetastic!
Sanchez’s handling of Simon’s bond with his hellhound, Peaches, is brilliant and lends to comic relief. I love how he gives Peaches a voice, especially when he wants “meat”. Another great read from the case files of Monty and Simon. Hope Sanchez will keep them coming.
Read more
One person found this helpful
Helpful
Report abuse
See all reviews

N. Fallon
5.0 out of 5 stars Wow this series keeps upping its game
Reviewed in the United Kingdom on September 27, 2017
Verified Purchase
Wow this series just keeps upping its game! Blood is Thicker is the 3rd book in the Montague & Strong series (Tombyards and Butterflies being the 1st) which already started off well but gets even better with every book. This book is full of action with a slightly warped sense of humour. As we catch up with Monty and Simon we find out more about their dysfunctional family as this story goes more in depth into characters you already knew as well as introducing you to new ones with potential to be seriously interesting. You probably ought to set some time aside as once I started reading I really didn't want to stop!
Read more
Report abuse

CarrieO
5.0 out of 5 stars Cracking good next book in the series
Reviewed in the United Kingdom on September 28, 2017
Verified Purchase
Blood is Thicker is the third full length novel in the Montague and Strong series. Mr Sanchez has the talent for exciting storytelling with plenty of action and a good bit of humour to boot. Due to the continuing theme in the stories it is better to read them in order. The characters all have their own individual strengths and they compliment each other well, all the old ones are there, and we are introduced to some new ones, including Monty's uncle who adds even more humour to even the most serious of situations. Definitely recommended for those who love a high action, paranormal adventure story that's fast paced and great fun to read
Read more
Report abuse

Kindle Customer
5.0 out of 5 stars Blood is Thicker (Montague & Strong)
Reviewed in the United Kingdom on September 26, 2017
Verified Purchase
O.M.G.!!! This latest installment of Montague & Strong kept me awake until 05.30.
I , literally, couldn't put it down until I had finished it. More Peaches, many, many more explosions and a trunk load of fantastic magic, all wrapped up in incredible writing. Can't wait for the next 1.
Read more
Report abuse

Kindle Customer
5.0 out of 5 stars A maze ing
Reviewed in the United Kingdom on March 3, 2021
Verified Purchase
Loved every minute from the beginning to the end no boring bits you become engaged from the first sentence will be ordering the next book
Read more
Report abuse

Penelope
5.0 out of 5 stars Brilliant read
Reviewed in the United Kingdom on September 25, 2017
Verified Purchase
As with all of Mr Sanchez's books you get a great storyline, a great laugh and you finish the book having been entertained but wanting more.
Give this series a read I'm sure you will enjoy it.
Read more
One person found this helpful
Report abuse
See all reviews
Back to top
Get to Know Us
Make Money with Us
Amazon Payment Products
Let Us Help You
EnglishChoose a language for shopping. United StatesChoose a country/region for shopping.
© 1996-2021, Amazon.com, Inc. or its affiliates