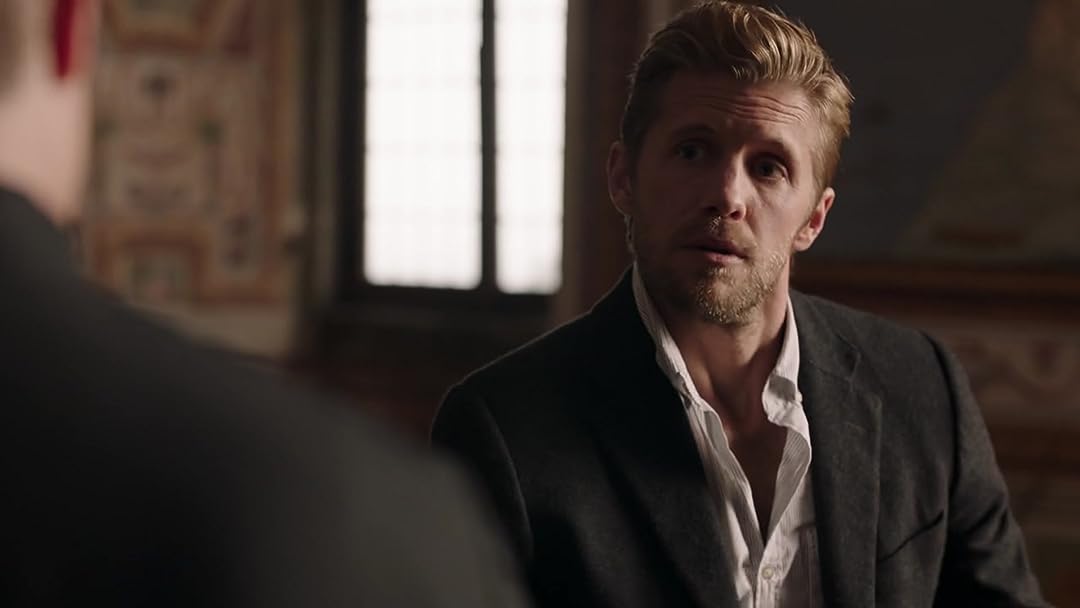 Season 1
(278)
2019X-RayTV-14
Blood & Treasure is a globe-trotting action-adventure drama about a brilliant antiquities expert and a cunning art thief who team up to catch a ruthless terrorist who funds his attacks through stolen treasure. Danny McNamara is a former FBI agent specializing in stolen arts and antiquities.

ArtistReviewed in the United States on June 29, 2019
1.0 out of 5 stars
Great show...I couldn't stop watching...even when Prime started charging for free season
Verified purchase
I love the show. It was advertised as Season One free with Prime. So I began to watch. The first 3 episodes were free, and then the next three had to be paid for. I did pay, as I love the show. I am really disappointed that Prime, which is usually so fair to customers, mislabeled or changed in midstream. I would love a refund and hope other customers will not start watching without being aware that they will have to pay for part of Season One.
77 people found this helpful

Jason S. TaylorReviewed in the United States on May 24, 2019
4.0 out of 5 stars
Nice Show
It is most definitely a cheesy pulp. But that is fun from time to time. It has predictable tropes, like ancient conspiracies, a glamorous female thief, ancient treasure, cryptic clues, etc. But that is what it is supposed to be and it does it well. The dialogue is snappy and amusing and in general it is a pleasant "candy drama". it does not pretend to be anything other than what it is not and does what it is quite well.
52 people found this helpful

jwwReviewed in the United States on May 23, 2019
2.0 out of 5 stars
Forgettable
I tried to give this a chance, but I was only able to get through the first 45 minutes of the 2 hour premiere.

Blood & Treasure, about a thief and an antiquities expert/ex-FBI agent seeking treasure sought by terrorists, just isn't as interesting as it sounds. Characters and dialogue are mostly bland. Acting is basic. A lot of predictable tropes are in this. I liked the international scenery, but it just wasn't enough to lift up the proceedings.

SammiReviewed in the United States on July 22, 2019
1.0 out of 5 stars
Product is malfunctioning
Verified purchase
Product does not play. Repeatedly get the message to try again later.
6 people found this helpful

BradleyReviewed in the United States on July 24, 2019
1.0 out of 5 stars
Sad - would not play even after buying episode.
Verified purchase
Could not get video to run. Kept saying video unavailable and to try again later. Tried for 3 consecutive days and still cannot play this video.
6 people found this helpful

John CastregeReviewed in the United States on May 28, 2019
2.0 out of 5 stars
Indiana Drones
Caught this show by accident the other night. At first it seemed interesting. Exotic locales, treasure hunting, an almost John Williams-esque soundtrack. Started out as what I thought was an homage to the Indiana Jones film (racing the Nazis to find lost artifacts) but then it morphed into the standard CBS fare. You could have switched this up with ANY of the formulaic CBS "action" shows: NCIS Lite (ahem, I mean Los Angeles), the Hawaii Five-O or Magnum PI remakes. Lather rinse, repeat.

That said, it will probably live on for 10 years as a "hit" on CBS as this is what is acceptable television these days. I'll be passing on this show too going forward.

Amazon CustomerReviewed in the United States on December 1, 2019
1.0 out of 5 stars
WATCH WHAT YOU CLICK ON. NOT VIEWABLE ON COMPUTER APPARTENTLY.
Verified purchase
I made a mistake in ordering this as I do not have necessary means (device) to view it.
One person found this helpful

Lucy TozeurReviewed in the United States on May 25, 2019
4.0 out of 5 stars
The perfect show for cinephiles!
Blood and Treasure's affection and respect for countless classic adventure films like Indiana Jones, Romancing the Stone and James Bond (just to name the most obvious) was a real delight to watch! The subtle and blatant references were fun to spot and I wonder how many I missed. There was a lot of info thrown at us in that first episode and it was all pretty interesting but a bit confusing.. I imagine it will make more sense as it goes on of course.. I hope. The flash backs were especially cool. The music and cinematography were really good and it felt like the old classic big films but for TV. A solid 4 stars.
41 people found this helpful
See all reviews
Back to top
Get to Know Us
Make Money with Us
Amazon Payment Products
Let Us Help You
EnglishChoose a language for shopping. United StatesChoose a country/region for shopping.
© 1996-2022, Amazon.com, Inc. or its affiliates