The Bloodied Ivy (The Nero Wolfe Mysteries Book 3) and millions of other books are available for Amazon Kindle. Learn more 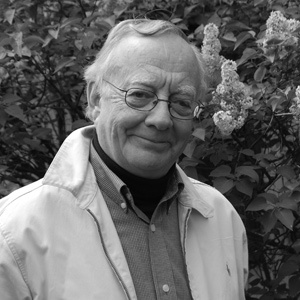 by Robert Goldsborough (Author)
4.4 out of 5 stars 256 ratings
Book 3 of 16: The Nero Wolfe Mysteries
See all formats and editions
Sorry, there was a problem loading this page. Try again.

A professor’s death lures the reclusive detective and his sidekick to a bucolic crime scene: “Goldsborough does a masterly job with the Wolfe legacy” (Booklist).

An academic so conservative he thought Ronald Reagan was a pinko, Hale Markham rules Prescott University like an intellectual tyrant—until the morning he's found dead at the bottom of one of Prescott’s famously beautiful ravines. Every liberal on campus hated the crotchety old crank, but which one is responsible for giving Markham his final push to the right? The case so intrigues the incomparable, reclusive master detective Nero Wolfe that he takes the unusual step of leaving the confines of his home. With man of action Archie Goodwin at his side, Wolfe examines jealous professors, a fanatical assistant, and a university president with an ego that—like the school itself—will not stop growing. Though they're far from the city, Wolfe and Goodwin will find that no back alley is as dangerous as the shadowy corridors of the Ivy League.
Read more
Previous page
Next page

"The Singing Trees: A Novel" by Boo Walker
A young artist forges a path of self-discovery in an enriching novel about forgiving the past and embracing second chances, from the bestselling author of An Unfinished Story. | Learn more

“Devotees of the late Rex Stout’s bestsellers will be pleasantly surprised.” —Publishers Weekly “Robert Goldsborough brings Nero Wolfe, late of Rex Stout, gloriously back to life.” —Chicago “Mr. Goldsborough has all of the late writer’s stylistic mannerisms down pat.” —The New York Times “Goldsborough does a masterly job with the Wolfe legacy.” —Booklist

Robert Goldsborough is an American author best known for continuing Rex Stout’s famous Nero Wolfe series. Born in Chicago, he attended Northwestern University and upon graduation went to work for the Associated Press, beginning a lifelong career in journalism that would include long periods at the Chicago Tribune and Advertising Age. While at the Tribune, Goldsborough began writing mysteries in the voice of Rex Stout, the creator of iconic sleuths Nero Wolfe and Archie Goodwin. Goldsborough’s first novel starring Wolfe, Murder in E Minor (1986), was met with acclaim from both critics and devoted fans, winning a Nero Award from the Wolfe Pack. Archie Goes Home is the fifteenth book in the series.
Start reading The Bloodied Ivy (The Nero Wolfe Mysteries Book 3) on your Kindle in under a minute.

Bookaholic
5.0 out of 5 stars Another A from Goldsborough
Reviewed in the United States on January 31, 2015
Verified Purchase
Once again Goldsborough has brought Archie and Wolfe to life. Again, some language and plot techniques that make it clear it's not Stout. I did enjoy the plot and the characters were not confusing as I have experienced with Rex Stout. Sometimes I would find the names too similar and couldn't keep them all straight but this time the college professors were dissimilar enough and the President, etc I didn't get lost.
It does have a little twist which I didn't watch coming! Good Job R.G.!
I don't like when the reviewers here spill too many beans so I'll just complain that I missed Saul and expected Lon to be invited to view the final proceedings from the alcove. And I won't mention the out of character response of Wolfe upon Archie's arrest.
Read more
3 people found this helpful
Helpful
Report abuse

C. Rosehelen
5.0 out of 5 stars Good read
Reviewed in the United States on May 30, 2016
Verified Purchase
Another pastiche which is well done. Author a little too taken with Rex Stout's predilection for obscure words but he has caught the tone of the originals. Nice to see that world updated and think that Archie and his genius are still operating.
Read more
Helpful
Report abuse

always looking
5.0 out of 5 stars not stupid
Reviewed in the United States on October 20, 2013
Verified Purchase
I am more or less telling what I don't like about other books than by telling you what I do like about this one.
it was not about some stupid
woman who gets herself into trouble investigating a murder, where she is a suspect or her best friend or husband, etc. it is not a story of someone who got a divorce and had to move back "home" and now is in some sort of trouble with her new business. it is not about a serial killer or child killer

basically, it is an old fashioned detective story and I enjoyed reading it
Read more
2 people found this helpful
Helpful
Report abuse

Deadman
1.0 out of 5 stars When an authors lets his political claptrap damage his betters' reputation
Reviewed in the United States on December 1, 2019
Verified Purchase
I loved Stout's works and that won't change, but it's a shame when an "author" supposedly carrying on the torch uses it to gag readers with his politics. Stout is spinning in his grave. Substituting leftist propaganda for what should have been plot worthy of Stout is shameful. Try to find some modicum of integrity if you write more, or admit you are not up to the job, Goldsborough!

I have twice tried to read this Marxist diatribe and THREW it down because it is NOT a Wolfe mystery but just mindless blather and endless arm twisting to force the reader to endure the leftist claptrap this "author" decided to use his marginal ability and fame to push. While Stout was not kind enough to keep his politics completely to himself, at least he had the class and respect for his readers to avoid this kind of political grandstanding. I would never have read his works with such pleasure and his legacy would have been short-lived. I am surprised his family would allow this garbage to be associated with the proud Stout name.

Also, the publisher is using a cheap trick, claiming the BOOK is a given length but counting the preview (read: advertising) and other forms of advertising is a cheat on the reader.

Moral: Try not only to respect the master but have some of his integrity. Believe it or not, we are not all so stupid we are fooled by this modern con-man trickery!
Read more
6 people found this helpful
Helpful
Report abuse

Lawrence C Bryer
5.0 out of 5 stars Very satisfactory.
Reviewed in the United States on February 6, 2017
Verified Purchase
Mr Goldsborough has captured Nero Wolfe's voice to a tee and is great to be able to once more read about the detective.
Read more
Helpful
Report abuse
See all reviews

Kindle Customer
3.0 out of 5 stars check the author
Reviewed in the United Kingdom on May 8, 2013
Verified Purchase
Silly mistake, but I thought I was getting a Rex Stout novel
not bad, but like almost all revisitings by someone not the original writer this failed to convince
Accept no imitations - unless, of course, you like that sort of thing
Read more
One person found this helpful
Report abuse

Rob
3.0 out of 5 stars First and last for me
Reviewed in Canada on April 20, 2022
Verified Purchase
This is the first Nero Wolfe novel I have read. The writing and the plot were mediocre. This for me was not an exciting nor original page-turner.
Read more
Report abuse