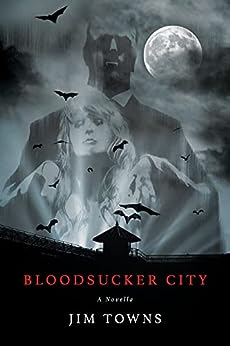 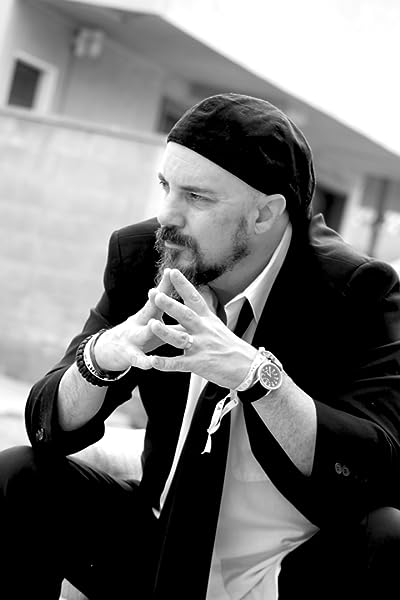 by Jim Towns (Author) Format: Kindle Edition
See all formats and editions
Sorry, there was a problem loading this page. Try again.
Like a female Shawshank Redemption-- with vampires.

Early reviews:
"What a bloodcurdling good time this was!!!" -- Michelle H, Reviewer, Netgalley
"This has to be one of the best things I've read all year." -- Netgalley Reviewer
"Jim Towns' method of storytelling reminds me of classic horror films from the 1980's and I love it!" -- Hayley S, Netgalley Reviewer
"A brilliant read. Read in one sitting. Couldn't put it down." -- Sue W, Netgalley Reviewer


The year is 1933. Falsely convicted of murdering her own boy, Lena—a poor young widow—is sentenced to life imprisonment in the infamous Steelgate Women’s Prison: an ancient stone fortress perched atop a jagged mountain in the middle of nowhere.

Abused by guards and her fellow prisoners alike, Lena is soon introduced to the Wardens of Steelgate. Strange and aloof, these seven men control everything and everybody within the prison. To break their rules brings severe punishment, as Lena soon learns when a misunderstanding sends her to the Hole for three days. There, in the darkness under the prison, she learns the true horror of Steelgate: the Wardens are all vampires, feeding off their women prisoners one by one: forgotten women, whom no one will ever miss.

Aware now that doing life in Steelgate is actually a death sentence, Lena decides she must form a plan to not only escape the prison, but to also bring down the evil that dwells there.
Read more
Previous page
Next page

Jim Towns is a filmmaker, writer and artist living in San Pedro CA. Originally from Pittsburgh, Towns studied painting and sequential art at the Savannah College of Art & Design and worked in Philadelphia and New York City before returning to Pittsburgh in 1999, where he began exhibiting his paintings and mixed media art in galleries. He moved to Los Angeles in 2005 shortly before the completion of his first feature film Prometheus Triumphant (co-directed by Mike McKown). Prometheus was released in 2009 and has been followed by the feature films STIFF, House of Bad, State of Desolation, The Beast Inside and the streaming series Immortal Hands.

Towns began publishing short fiction in 2015 with 'Powdered Frankenstein'. His short stories have been featured in anthologies and literary magazines including Pulp Modern, A Thin Slice of Anxiety, Dark Nowhere, Dead Fern Press, Burial Day and Castle of Horror. His first book AMERICAN CRYPTIC was released in 2020 by Anubis Press (soon to be followed by 2023's AMERICAN BOOGEYWOMAN). His first novel BLOODSUCKER CITY came out in November 2021 from Castle Bridge Media, and is currently being optioned to become a streaming series. WHISKEY STORIES collects his poetry, prose and photography, and is available through Uncle B Publications.

Towns' work mixes the macabre and gothic with dark humor and irony, blending styles and eras together and finding a harmonious line between pulp and literature.

Lilibet Bombshell
5.0 out of 5 stars The feminist horror dark mirror of “Rita Hayworth and the Shawshank Redemption”
Reviewed in the United States 🇺🇸 on November 2, 2021
I love a good novella, especially in horror form. There’s just something about taking a terrible, horrific tale and managing to condense it down to something around 100 pages while still managing to tell a whole story and get your point across, as an author, that impresses me so much. It’s much the same thing with short stories, but since “Bloodsucker City” is a novella (clocking in at 138 pages in paperback format), I’ll save my breath gushing about short stories in the horror genre and get to the novella this story has the most in common with, style and plot-wise, but is also the complete opposite of: “Rita Hayworth and the Shawshank Redemption”.

And I mean it: this could be a female-centric version of “Rita Hayworth and the Shawshank Redemption” if the timeline were changed to match the third wave of female incarceration in the United States during the 1930s and Stephen King wrote it as a horror novella. All the way from the unjust imprisonment of an innocent woman for life in a forbidding, stark, and miserable women’s prison perched atop a jagged mountain in the middle of nowhere to an unconventional escape… there are other similarities, but I don’t want to spoil anything.

The only reason I’ve given up those two details is because I believe the parallels between King’s novella and what Jim Towns’ has written here are completely intentional, and it really works. If you were to do a compare and contrast paper between the two novellas, it would be terrifically interesting, because what both protagonists (Elena in “Bloodsucker City” and Andy in King’s novella) go through is similar and horrific, but with such different definitions of horror. “Bloodsucker City” is the feminist horror dark mirror of “Rita Hayworth and the Shawshank Redemption”, and I think that was the whole point: Prison is horrific for everyone, but as with every systemic institution in America, prison is more horrific for women than it is for men.

I really and truly enjoyed every page of this. I encourage you to pick it up.
Read more
3 people found this helpful
Helpful
Report abuse

Rachel
4.0 out of 5 stars Quick vampire read!
Reviewed in the United States 🇺🇸 on September 12, 2022
This was a quick read but still delightful! A great vampire book to kick off fall reading. I think the one thing that I really enjoyed about this book is that we are so used to the vampires being the good guys these days, and this brings on the classic take of vampires=evil. I really probably would've enjoyed it more if it wasn't a novella and had a bit more length and plot development to it but if you want a quick and easy vampire read, this is it!
Read more
Helpful
Report abuse
See all reviews
Report an issue
Does this item contain inappropriate content?
Report
Do you believe that this item violates a copyright?
Report
Does this item contain quality or formatting issues?
Report