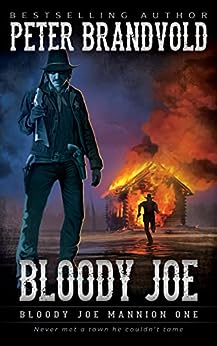 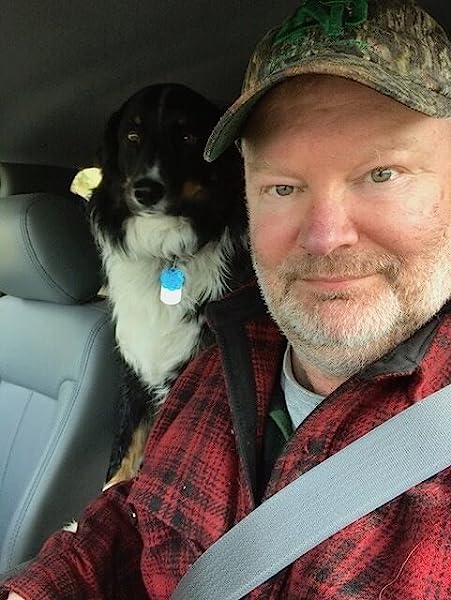 GET READY FOR A DOSE OF ACTION AND ADVENTURE WITH A HEAPING HELPING OF WESTERN JUSTICE!

“Bloody” Joe Mannion is a town tamer of great renown. His temper is just as famous. Known as the most uncompromising lawman on the Western frontier, he’s been the town marshal of Del Norte in the Colorado Territory for the past five years after several years bringing to heel towns in Kansas and Oklahoma back in the days of the great Texas cattle herds.

Now with Whip Helton behind bars, his father has issued an ultimatum to Bloody Joe and the town—either turn his son loose or he and his Spur riders will burn the town to the ground and sift the ashes. Bloody Joe finds himself between a rock and a hard place, waiting for a bullet in the back. But that’s all right. He wouldn’t have it any other way. To make sure Whip Helton hangs for kidnapping and rape, Bloody Joe will risk everything, including his life, the town, and a hail of hot lead!

Darren Perdue
5.0 out of 5 stars Round up! Peter Brandvold has another tale to tell!
Reviewed in the United States 🇺🇸 on May 6, 2022
Verified Purchase
Okay, pardners, gather ’round the campfire. I got a tale to tell ya!

Bloody Joe Mannion is the town marshal in peaceful Del Norte. It was not always this way. Once upon a time, Del Norte was overrun with every kind of lawlessness one could imagine. That is why Joe was hired in the first place. Now, he has two deputies, and one of the bigger problems they face is some rowdy ranch hands. Oh yeah, and the spoiled son of the richest rancher in the area. One day, this son breaks a month-long ban, incurs some property damage, and Jow hits his limit. This son and three of his friends burn down Joe’s house, kidnap (and savagely rape his daughter) and leave Joe for dead. Joe does not die. Now, he is hell-bent on revenge, and nothing will stand in his way. He wants his daughter back, and the bastards that took her to pay, in blood.

Actually, it is Peter Brandvold telling the tale, and this one is, in my humble opinion, is one of his best. Everything you could want in a western is within these pages: action, adventure, romance, a villain you really want to despise, a tortured hero who has a list of personal rules he does not break, and a town that needs his help whether they want it or not.

One of the other things going for this book is the writing. If you are a fan of Mr. Brandvold, then you are aware of his writing style, and you can watch the movie of this book unfold in your mind. If this is your first “Mean Pete” book, then you are really in for a treat! You will blow through this book in no time. It is written to flow like the Colorado River after a storm, and you will not miss a thing.

I could say I liked this book, but that would be a lie. I LOVED this book, and I am eagerly awaiting the next one in the series!

I give this 5++ bookmarks out of 5!!!!!!
Read more
2 people found this helpful
Helpful
Report abuse

Julie Wagner (Norwood)
5.0 out of 5 stars Book 1
Reviewed in the United States 🇺🇸 on November 19, 2022
Verified Purchase
Hang onto you hats!! Great story that will keep you on the edge of your chair with plenty of heart stopping action and great characters!!!!!!!
Read more
Helpful
Report abuse

John D.Royer
5.0 out of 5 stars Best
Reviewed in the United States 🇺🇸 on November 12, 2022
Verified Purchase
Best western I’ve read in awhile! Very well written and the story line keeps you want to not put the book down.
Read more
Helpful
Report abuse

Big Jim, Log Hauler
4.0 out of 5 stars Bloody Joe: by Peter Brandvold
Reviewed in the United States 🇺🇸 on September 10, 2022
Verified Purchase
A western tale of guts vs cowardice, strengths vs weaknesses, respectful individualism compared to disrespectful dominance and lording over of the dependent and tolerant - and how the winds of Change can blow both ways.
Read more
Helpful
Report abuse

Amazon Customer
5.0 out of 5 stars western
Reviewed in the United States 🇺🇸 on October 18, 2022
Verified Purchase
What a riveting read. Loved the action and twists this book gave. Had trouble putting it down before I was able o finish. Great job author Peter Brandvold.
Read more
Helpful
Report abuse

A User
4.0 out of 5 stars A Good Western Tale
Reviewed in the United States 🇺🇸 on May 8, 2022
Verified Purchase
Ok, westerns are not usually my type,of novel, but I took a chance and I’m not sorry. Bloody Joe is a means son of a gun and tough as nails. He has to be, in the old west. Although the end was predictable, I still enjoyed it and look forward to his next adventure.
Read more
One person found this helpful
Helpful
Report abuse

Kindle Customer
3.0 out of 5 stars Decent horse opera
Reviewed in the United States 🇺🇸 on October 21, 2022
Verified Purchase
A decent read. Not at all what I expected, but decent enough. Plenty of action. Not much else. A break from reading sword and sorcery.
Read more
Helpful
Report abuse
See all reviews
Report an issue
Does this item contain inappropriate content?
Report
Do you believe that this item violates a copyright?
Report
Does this item contain quality or formatting issues?
Report