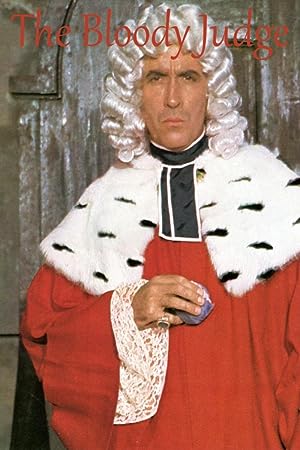 Watch with EPIX
Start your 7-day free trial
Add to
Watchlist
Redeem a gift card or promotion code
By ordering or viewing, you agree to our Terms. Sold by Amazon.com Services LLC.
Write review

Hammer + JazzReviewed in the United States on July 26, 2020
3.0 out of 5 stars
For Christopher Lee , Leo Genn , Maria Rohm (Mrs. Harry Alan Towers) and Jess Franco fans .
Verified purchase
This film is quite good for Christopher Lee fans as well as Jess Franco enthusiasts . The acting is pretty good . 1951 supporting actor Academy Award winner Leo Genn is a fine standout in the acting category as a contemporary of Lee's judge . Both men have generous screen time . Mr. Franco does a good job of directing as well as using authentic looking and scenic locations . Cinematographer Manuel Merino's work is solid too . I little bit of reading tells me that director Franco got pulled and thrust quite a good bit by several different producing countries . It seems that producer Harry Alan towers had a fondness for doing international financing when working with Mr. Franco . The full 104 + minute cut is best recommended for fans of everyone involved .

William G. RatcliffeReviewed in the United States on June 22, 2014
5.0 out of 5 stars
'Night Of The Blood Monster'
Verified purchase
I originally caught a screening of this film on TV back in the early 70's. What i originally saw (with my dad watching as well) was a highly edited version. My father even claimed it was a 'good' film, though his taste ran from war dramas to westerns, he mentioned the music was rather 'lush' for the type of film it was, and the acting was very good.
I on the other hand can add more praises.
Over the years I have searched for this film, to no avail, but didn't know it bore another title. On TV, it was called 'Night Of The Blood Monster', which was rather a poor choice in my opinion. As i researched years later, distributor American International Pictures opted for such a title to sensationalize, or exploit it's subject matter. So, recently I found 'The Bloody Judge' ('Night Of The Blood Monster') as what i have been searching for all these years.
I watched the extras first, to give me more insight on the film before actually watching it. Though they do contain 'spoilers' to those who have not seen the film yet, they do explain that the film was really not considered a 'horror' film when made, but as based on fact and more of a historical drama about George Jeffreys with some violence thrown in. I do agree with that.
Also, was financed by no less than 3 countries. I can just see the Director's face at times when so many producers were putting their 2 cents in on how certain scenes were to be filmed. That, is also explained in the extras.
Of course there are omissions that the script could have utilized, like the fact that Jeffreys had a son, John, who wasn't even mentioned in the film. But running time of almost 2 hours would have made that inclusion impossible as Christopher Lee's character was the main focus.
Christopher Lee, a man who has made more appearances on film than probably any other actor, gives more than fine performance. Some may call it 'over the top', but his attitude throughout the film played true to the character he was playing, as Jeffreys was sort of an alcoholic, as he was having kidney failure and the doctors suggested alcohol to subdue the pain. A rather bad choice, but it was 1689.
The print here is magnificent. In order to give the viewer the full experience, the best print possible was utilized, including scenes that were scissored out, as in some parts of the world, and this is 1972, could not show specific scenes that were shot (lesbianism, butchery, etc.). So what we have here is the best possible version utilizing all materials that survived all these years.
The sound quality and picture may be a little quirky at times (towards the end) as the scenes that were cut out that are now restored were from other parts of the world (Spain, Germany) and are subtitled. But these inclusions do not distract from the flow of the film.
If you are looking for another 'Mark Of The Devil', or 'The Conqueror Worm', you may be disappointed if you are looking for alot of violence.
But, if you are looking for a good historical film, with good acting, with some violence and a little nudity, and a handsome print to boot, this is a must see. And the price is rather affordable, and quite worth it for what you get.

Ron MillerReviewed in the United States on July 21, 2020
1.0 out of 5 stars
A complete waste of time
Verified purchase
About as pathetically incompetent as a movie can get. The only reason for watching is Christopher Lee...and he has far too little screen time.

Sidney OrrReviewed in the United States on March 16, 2019
2.0 out of 5 stars
Amazon's dubbing & subtitles are sloppy
Verified purchase
Please pay more attention to the subtitles in effect the WHOLE MOVIE. There are inappropriate errors that happen througout subtitling & dubbing ENGLISH -language movies.

Cosmic JoeReviewed in the United States on October 21, 2016
4.0 out of 5 stars
Here comes the judge!!
Verified purchase
Great representation of one of history`s most horrific times and one of Christopher Lee`s finest performance
One person found this helpful
See all reviews
Back to top
Get to Know Us
Make Money with Us
Amazon Payment Products
Let Us Help You
EnglishChoose a language for shopping. United StatesChoose a country/region for shopping.
© 1996-2022, Amazon.com, Inc. or its affiliates