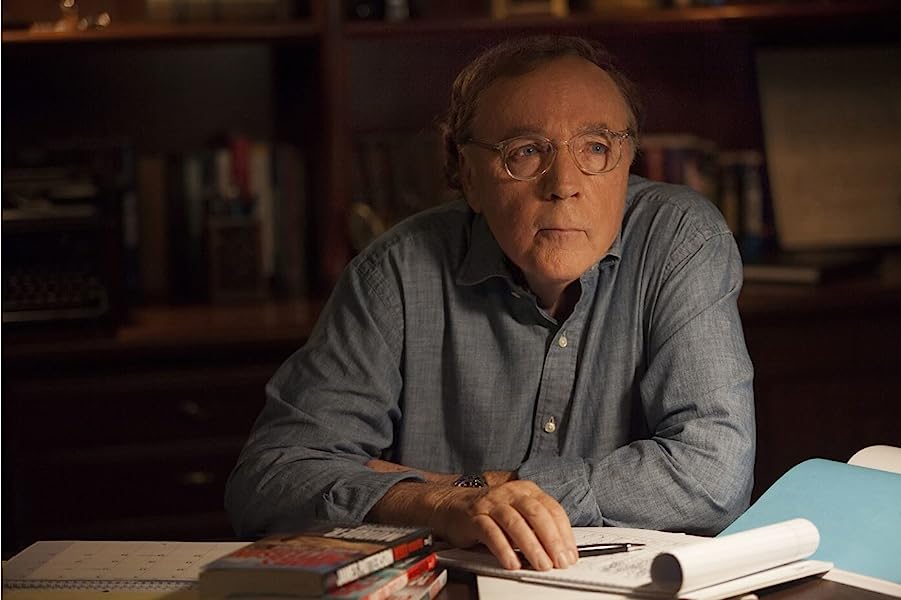 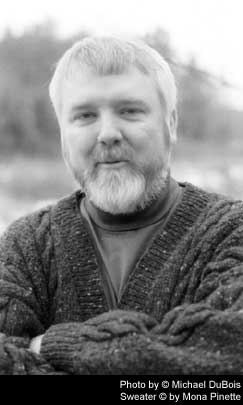 by James Patterson (Author), Brendan DuBois (Author)
4.5 out of 5 stars 8,526 ratings
See all formats and editions
Sorry, there was a problem loading this page. Try again.
Get 3 for the price of 2 Shop items

A brilliant American president is also a psychopath. He has his finger on the red button. And he’s about to start a world war with our most dangerous enemy. Put your finger on the order button. Push it to read James Patterson’s best and scariest novel yet.

“Pure Patterson… Blowback asks us to imagine what would happen if a narcissistic psychopath were elected to the White House [and] to experience the terror of the world hanging in the balance at a moment when only a handful of determined patriots can save us.” –Ron Charles, Washington Post

US President Keegan Barrett has swept into office on his success as Director of the CIA. Six months into his first term, he devises a clandestine power grab with deadly consequences.

Barrett personally orders CIA agents Liam Grey and Noa Himel to execute his plan, but their loyalties are divided. The CIA serves at the pleasure of the president, yet they’ve sworn to support and defend the Constitution of the United States against all enemies, foreign and domestic.

When the threat comes directly from the Oval Office, that’s where the blowback begins.
Read more
Previous page
Next page

James Patterson is the world’s bestselling author. The creator of Alex Cross, he has produced more enduring fictional heroes than any other novelist alive. He lives in Florida with his family.


Brendan DuBois is the award-winning author of twenty-two novels and more than one hundred seventy short stories, garnering him three Shamus Awards from the Private Eye Writers of America. He is also a Jeopardy! game show champion.

Richard Mcfaul
5.0 out of 5 stars wow
Reviewed in the United States 🇺🇸 on November 22, 2022
Verified Purchase
Could not put the story behind reading on and on. Not sure just how close to reality this saga might be but considering the strange personalities who might get elected, we need plenty of safe guard layers beneath him/her. I liked how the short chapters kept moving the story in and out of the plots coming together at the end perfectly as a very, very enjoyable read!
Read more
One person found this helpful
Helpful
Report abuse

Kindle Customer
5.0 out of 5 stars Absolute Page Turner
Reviewed in the United States 🇺🇸 on November 20, 2022
Verified Purchase
I picked this book up on Saturday morning and did not put it down until Sunday. I could not wait to get to the next page. All the characters were interesting and each chapter kept me wanting more. I will read this again in future as I wait for my next book. Love James Patterson novels! Searching for ends one now.
Read more
One person found this helpful
Helpful
Report abuse

Allen Duhe
5.0 out of 5 stars A Major Thrilled And Then Some!
Reviewed in the United States 🇺🇸 on September 27, 2022
Verified Purchase
By far the best James Patterson book to date. Kudos to Patterson and his co-author, Brendan Dubois, for a hit right out of the ballpark. When I have to take reading breaks to lower my blood pressure and heart rate which are spiking because of the suspense, I know it’s a truly awesome read! A deranged president who is literally less than a minute from plunging the world into an abyss from which their will be no escape and the only one who can thwart his irresponsible and illegal actions is being hemmed in by the President’s diabolical (and unlawful) actions - makes for a really good read. Scary because it seems so very plausible. This is a man who thinks it’s his destiny to be great and ‘save’ the world (in his distorted vision), while actually threatening to ruin it, and plunge the world into economic and quite possibly atomic chaos. And a woman who is determined not to let it happen. But can she? We all know she can, but getting to the reassurance of that literally will make your heart race. A darned good read! Quite literally, the best thriller I have read in a very long time and far and away my favorite novel bearing Patterson’s name. Buy it. Read it. Prepare to lose sleep as you think “just one more chapter,” but that chapter is a cliff-hanger so it’s again “one more chapter…”
Read more
20 people found this helpful
Helpful
Report abuse

Seacoastal
4.0 out of 5 stars INTENDED IMPLICATIONS OF OUR COUNTRY IN DANGER WITH AN OUT OF CONTROL PTESIDENT
Reviewed in the United States 🇺🇸 on October 18, 2022
Verified Purchase
I prefer layered, political espionage reads. Patterson’s last book co-written with Bill Clinton, is a superior read.
This was good but I felt it wasn’t complex & layered enough. The operatives were given too much focus and I feel the lead up of the President’s out of control spiral wasn’t nearly as detailed as I’d have liked. There wasn’t enough substance to “ get into his mind” & flow with the story “ in his head & shoes”
CIA Director’s part was well played. VP storyline was awesome. End game escalation with cyber control, again, could have been enhanced.
There were few layers that came to light throughout the read, to impact & entice the dedicated reader.
however, great and possible scenerio all in all.
Read more
5 people found this helpful
Helpful
Report abuse

Metal Lady
5.0 out of 5 stars Great thriller of a book.
Reviewed in the United States 🇺🇸 on October 31, 2022
Verified Purchase
I loved this book and could hardly put it down. It is a scary scenario and I hope it never happens. Mr. Patterson knows how to keep you coming back. I loved the characters and did not have a hard time keeping up with them. Some books have so many characters in them that you forget who they are after a few pages. But I highly recommend the book for anybody who loves one that keeps giving you surprises and keeps you glued to the story.
Read more
One person found this helpful
Helpful
Report abuse

Marti
5.0 out of 5 stars Amazing eye opener!
Reviewed in the United States 🇺🇸 on November 16, 2022
Verified Purchase
Is it plausible? Very. One would think with all the checks & balances in place, that the scenario presented in this tale would be plausible. Cybersecurity is indeed a problem and James Patterson takes it to the most utmost destructive force.
Read more
One person found this helpful
Helpful
Report abuse

rosemcred
5.0 out of 5 stars Great read
Reviewed in the United States 🇺🇸 on November 21, 2022
Verified Purchase
I could not put down this book. Kudos to Mr. Patterson for an intense read into to a world of scenarios beyond belief but certainly possible. A very tense read.
Read more
Helpful
Report abuse

Karen L. Luaders
5.0 out of 5 stars Fantastic
Reviewed in the United States 🇺🇸 on November 24, 2022
Verified Purchase
I hope Patterson writes more thrillers like this one. It is fantastic!!! A must read for his fans and new ones as well!
Read more
Helpful
Report abuse
See all reviews

SG
1.0 out of 5 stars Any Editors still working at Century / Penguin Group?
Reviewed in the United Kingdom 🇬🇧 on September 23, 2022
Verified Purchase
Not read a Patterson or a Patterson & Du Bois book before, but the blurb read like a take on Trump's disgraces, (Patterson & Trump are neighbours, wonder how that's working out?)

It is of course utter twaddle and 5 min chapters help it skip along. However, here's the major drawback:

President Keegan Barrett (the psychopath baddie) has a deed-poll shift in almost every one of the 120+ chapters. Sometimes he's President Barrett Keegan. President Keegan or President Barrett. By 1/2 way through this began to grate -- and as a published author over different genres--what this does is detracts from ALL the other facts posited. EG: huge techie details about guns it's never a XYZ 4PS with a 10 mm bullet....well, is it? I've no faith in the accuracy of page loads of "facts" as in CIA procedures etc. The simple fact that one of the largest publishing houses on the planet cannot get the name of the antagonist correct over 500 pages is APPALLING. Hence 1*. They should know better frankly, and so should Patterson / du Bois agents.
Read more
2 people found this helpful
Report abuse

john barclay
5.0 out of 5 stars First class
Reviewed in the United Kingdom 🇬🇧 on September 18, 2022
Verified Purchase
Great read from start to finish. You just wonder if in the past few years this could not have been further from the truth. Roll on the next novel.
Read more
Report abuse

Kindle Customer
5.0 out of 5 stars Wow what a superb book.
Reviewed in the United Kingdom 🇬🇧 on September 28, 2022
Verified Purchase
It took a while to get into this book, but it was well worth it. A complex story line with great details. I couldn't put the book down,hence I finished it in a day. Deserves 10 stars.
Read more
Report abuse

Dr. Tim Parker
5.0 out of 5 stars Interesting read; one of Patterson's best novels
Reviewed in Canada 🇨🇦 on October 27, 2022
Verified Purchase
Blowback is about a US President who isn't quite sane, has delusions of grandeur, and doesn't care about anyone but himself. The story builds slowly and has multiple subplots going on at once, all neatly leading one to the next. This is an engrossing and interesting read, and one can't help but compare the actions of the novel President to a former US President! I really enjoyed this novel, and it's a great collaboration between Patterson and DuBois, with more to come. hopefully. Highly recommended.
Read more
One person found this helpful
Report abuse
See all reviews