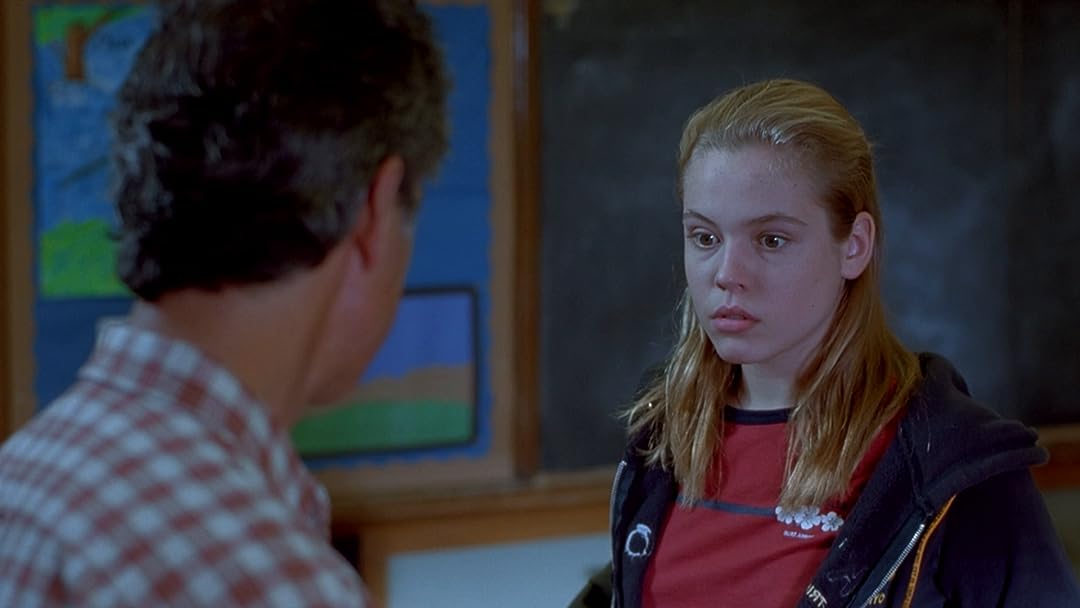 (54)
6.61 h 27 min2003R
Meg is a gifted but emotionally scarred 18-year-old. Meg finds solace in writing poetry. Mr. Auster, her English teacher, recognizes her talent and steps into the role of mentor and father figure, encouraging her to enter a national poetry contest for which he is a judge.

GLBTReviewed in the United States on January 24, 2004
5.0 out of 5 stars
Boring? Not hardly...
Verified purchase
I'm surprised that other reviewers found this movie boring or slow-moving. While it's true that there's relatively little "action" in Blue Car, the story moves along briskly and at no point did I feel like I was waiting for something to happen.
The strength of this movie is in its authenticity. The main character, Meg, looks and behaves like a teenage girl overwhelmed by her circumstances, generally confused by everything around her, and constantly on the verge of flinching in fear of being hit by life's next big event. The crush that she develops on her teacher, the one person who seems to be making any effort at all to support her, evolves quite naturally. We can see what it is that she needs from him and how it gets mixed up (in her mind and in his) with his own needs and wants. As a teacher, I could totally identify with the way his role as teacher and his role as friend (and eventually romantic interest) became increasingly blurred. We'd all like to think that these things are totally separate and distinct, but the truth is that we're all far more complex than that. Different feelings get mixed together and it's not always possible to see what we're doing (and how it's effecting others) with total objectivity.
The final outcome of the movie is painful but is handled beautifully. Things may not have worked out ideally, but Meg has grown from the experience and is now ready to start taking care of herself. This film respects all of its characters and no one is there to play the hero or the villain. Even Meg's negligent mother, who I wanted to throttle several times throughout the movie, is just a person overwhelmed by the circumstances that have gradually developed around her.
This is the first movie I've seen in a while that just took my breath away. I recommend it highly.

Timothy HumphreyReviewed in the United States on September 7, 2021
1.0 out of 5 stars
So upset!
Verified purchase
This is the first bad experience I've had with amazon. Case was cracked and bent (which I wouldn't have minded too much had it actually worked), disc was covered in scratches, DISC WOULD NOT PLAY on any device! I'm truly disappointed. I saw this movie years ago and was really excited to see it again.

Wilfredo RodriguezReviewed in the United States on January 16, 2022
2.0 out of 5 stars
Nothing really crazy about this movie
Verified purchase
Movie was okay, not what I expected.

Gorman BechardReviewed in the United States on October 23, 2003
5.0 out of 5 stars
A hauntingly beautiful film...
Verified purchase
...but whoever designed the DVD box art (suggesting a sex comedy) should be fired and forever banned from using Photoshop again! This is a devastatingly depressing drama with top notch performances, especially from Agnes Bruckner (who turns in the year's second best female performance after Scarlett Johannson in Lost In Translation). Everything about the film is so strikingly real it breaks your heart to watch. And for once, the even the deleted scenes were worth watching (you don't turn away thinking you know why they were deleted). One of the year's best films.
2 people found this helpful

LaurenReviewed in the United States on January 6, 2018
1.0 out of 5 stars
Dvd wouldn’t play
Verified purchase
The disc did not work in either of my DVD players, and when I tried on my computer it automatically prompted me to approve a software download. I checked the region and format on the label, all seemed fine. Have no idea what the problem was but that was annoying.

M. BallinghamReviewed in the United States on October 10, 2011
5.0 out of 5 stars
Honest, believable, and amazing.
Verified purchase
So I never write reviews because I kind of feel like they're a waste of time, but this movie warranted one. "Blue Car" is a really solid, great film. Period. The acting is fantastic (especially Strathairn as the could-have-been-great English teacher/confidant to Megan). There's no need for a lengthy description because watching the charachters and the story unfold is part of what makes this such an enjoyable film. You're rooting for Megan all the way, despite her missteps, and you start to believe in Mr. Auster as she does.

Bottom line: watch it. I rented it on Instant and ended up buying the DVD anyway. Beautifully written, impeccably acted, "Blue Car" does not disappoint.
4 people found this helpful

Margaret JonesReviewed in the United States on August 16, 2019
4.0 out of 5 stars
Teenage Angst. Some good poetry. S O B teacher.
Verified purchase
Poignant story of shy, teenager who wrote poetry.

PamReviewed in the United States on April 4, 2015
5.0 out of 5 stars
RATHER SAD
Verified purchase
I thought this movie was sad. I liked it.
See all reviews
Back to top
Get to Know Us
Make Money with Us
Amazon Payment Products
Let Us Help You
EnglishChoose a language for shopping. United StatesChoose a country/region for shopping.
© 1996-2022, Amazon.com, Inc. or its affiliates