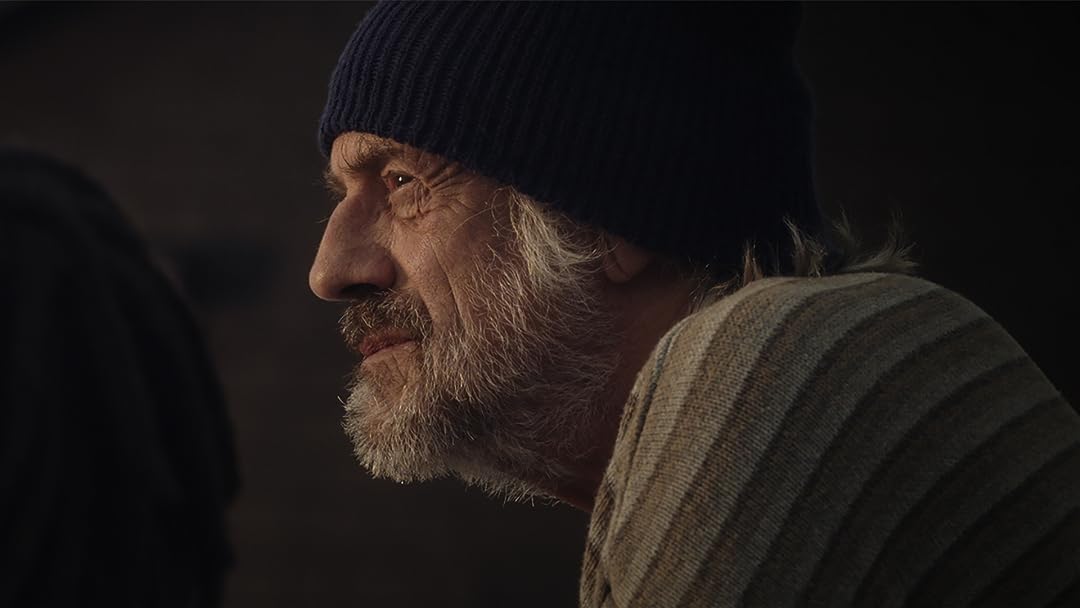 jmmReviewed in the United States on August 8, 2019
1.0 out of 5 stars
Terrible child acting/script. Sorry
Verified purchase
Love Jane Kaczmarek & Christopher Lloyd, but the child actors and their contrived script and delivery completely ruined this movie for me. I turned it off after trying for 30 minutes. Would have a been a really good movie but they were in most every scene and it was really terrible. Sorry Lloyd & Kaczmarek.
16 people found this helpful

Curtis W. JacksonReviewed in the United States on September 22, 2019
3.0 out of 5 stars
Ship Builders for 3500 Miles
Verified purchase
A crabby older man living in a seashore town embarked on a life-meaningful project — Captain Abner spoken to his worrying daughter Katherine (Jane Kaczmarek) about the Eskimo burial rites. In the isolated life he prefers from any, local social connections, Abner desires the same solitude as his burial place, the sea. After surviving family sends out the body on a float to be eventually consumed by marine life. However, Abner wants to be alone in doing that. It is why he is 'building' his boat, a 26-foot scooter.
Maybe the film can be titled The Boat Restorator (root word, restoration). How does it sound? Abner is renovating, not building the heavily weathered vassal himself. It was until a volunteer appeared on the scene. Rick, an African-American preteen with a history of behavioral problems, is residing with his uncle Charles (David Lascher) and his family. They retrieved-adopted him from an institutional camp, feeling the urge to send him back to a similar facility. Rick fears the outcome as Abner resents being doomed to a nursing home.
Other common shares the two, new, uncommon buddies have; Abner grieves his beloved wife; Rick misses his deceased mother. The Ship Builder is a likable, soft comedy-drama having favorable, sea-worthy performances from Christopher Lloyd as Abner and newcomer actor, Tekola Cornetet as Rick. The movie, based on a fictional book, was ‘built’ by the novelist who wrote and directed his first feature film, Arnold Grossman. Its official opening might have been in 2015; the film never floated at the box office until it set port at Amazon.
As of this date, it seems no professional film critic noticed it, this is not good news for Lloyd. He should have been nominated for an Oscar for 1985s Back to the Future. The experienced, talented actor proven he can helm a film not sailing too well without him. Abner told Rick about his aspirating sea trip for 3500 miles. The ending is lacking a great send-off, unsatisfactory because it hints at child endangerment. I’ll avoid spoilers. Although the movie falls short of the 3500 distance, it may be a worthwhile watch, but not exactly as a family film.
The motion picture contains thematic elements, property damaging, rude language, profanity, the middle finger. An adult and youth on separate scenes are insulted, bullied, or physically mistreated. The Boat Builder also has sensitive discussions about death and other, touchy subjects.
My expressions of gratitude for the Amazon administration allowing me to review films on their site. I received helpful opportunities improving my writing for entertainment, increasing my appreciation for the arts. My wish to conclude with The Boat Builder as the last motion picture I review here, desiring to spend more time with other activities beside viewing and writing about movies and television. Amazon have an endless supply of evaluators, so it is an easy go for me for an alternative 3500 miles in living. Thank you.

Jim & Nancy YatesReviewed in the United States on July 3, 2019
5.0 out of 5 stars
i LOVED this movie!
Verified purchase
this movie was wonderful! i found it very heart warming. Christopher LLoyd was great in this role, and i was happy to see him in a movie. the costumes for the "bad kids" seemed a little 80's and 90's inspired. the boy was NOT the greatest actor, but what a doll! i would watch this again.
YES, there is some language, but very little and not terrible.
14 people found this helpful

YeahIBought ItReviewed in the United States on September 3, 2020
1.0 out of 5 stars
Horrible acting. I blame it on the director and producers.
Verified purchase
Holy cow Amazon! How cumbersome can you make it to rate a movie off your app?

Anyway,
About the movie...lloyd was the only decent acting person in this movie. Every scene was so contrived- it's like they didn't have a director at all.
I was really disappointed with the direction of the main child actor Tekola Cornetet( which Amazon doesn't even credit-i had to google the movie's cast for his name)..i kept watching in hopes that the reason he was "acting" in such a way was because the actor was "acting" as an autistic child. I kept watching because they kept talking about doctors, but unfortunately his issues and the possibilities of child trauma/learning disabilities were never addressed, and so the viewer is left judging the performance of an apparent 10ish year old actor acting within the maturity of a 5 year old character....which lends to how awful the scripting, directing, producing, acting of the entire cast is. Simple, natural Conversations were so contrived it was cringe worthy. Watch at your own time-waste risk.
5 people found this helpful

ReniReviewed in the United States on September 10, 2019
5.0 out of 5 stars
How to not get old-& be a GOOD kid- Interesting, Emotion Invoking-Touching-Underlying Moral Content
Verified purchase
Even if you've lived years.. it doesn't mean you don't have lots of life ahead of you & sometimes you need to believe in a child . The young boy actor Tekola Cornetet, age 14 was very good portraying his character, Rick. Reading his bio makes it a real life part for him to play...Christopher Lloyd, as always- a great character actor. The movie, The Boat Builder, was interesting, emotion invoking, & contained a lot of underlying moral content...I wanted to arrest the kids on the bikes!!!
3 people found this helpful

kccbkdnaReviewed in the United States on September 1, 2020
5.0 out of 5 stars
A different kind of movie
Verified purchase
An Interesting, unique and heartfelt movie. There were some difficult scenes in the movie, it did not shy away from difficult and uncomfortable situations. It’s difficult to categorize this movie. I would not consider this a family movie. While Christianity is mentioned, the producer’s allowed a realistic view of how well meaning people fall short by seeing what they want to see. Because of this, it’s difficult to recommend this movie to a particular group. Due to the profanity, it’s not a family movie, but it does address misunderstood children, death, societal problems and the elderly. It’s definitely a different movie.

Cool Hand LukeReviewed in the United States on June 17, 2020
5.0 out of 5 stars
If you like the Hallmark Channel movies during Christmas, you'll love this!
Verified purchase
I think the young "bullies" were a little overdone and I don't think the kids would be alive after talking like they have been. Other than that, the the movie was great. I love to sail and I've sailed both solo and with family/friends. I completely understand the concept of 'being left alone' and I highly support it. I'm biased since I love any movie about sailing, but to my defense... this movie had very little "actual" sailing until the very end. Great movie and will definitely watch again. Will add it to my collection of All is Lost, Adrift, and Captain Ron. Thanks Amazon for finding this gem for me and providing it for free on Prime! :)
See all reviews
Back to top
Get to Know Us
Make Money with Us
Amazon Payment Products
Let Us Help You
EnglishChoose a language for shopping. United StatesChoose a country/region for shopping.
© 1996-2022, Amazon.com, Inc. or its affiliates