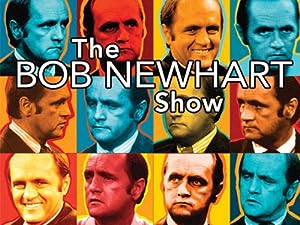 EricReviewed in the United States on October 12, 2021
5.0 out of 5 stars
Outlet Promotions ships GENUINE copy of Newhart Season 1 DVD set
Verified purchase
Kudos to Outlet Promotions. The Newhart Season 1 DVD set I received from them is genuine, and all 3 discs play without errors. Why bother mentioning this? Before ordering from Outlet Promotions, I ordered a used set from another seller that turned out to be COUNTERFEIT. I won't mention the seller's name because I believe it was not aware of it. How do you determine if the set you receive is a counterfeit? The counterfeit discs are single layer discs that hold at most 4.7 GB (here I'm using GB = 1 billion bytes). The genuine Newhart Season 1 discs are double layer discs with between 7.97 and 8.06 GB. The byte count for the genuine set of 3 discs is 24.46 GB, the byte count for the counterfeit set is 14.04 GB. You lose over 10 GB of picture quality with the counterfeit set and gain compression artifacts that result when the compressed files are reencoded a second time. If you buy the Newhart season sets, be sure to put the discs in a computer drive and check how many bytes are present.
3 people found this helpful

Made In The USA Reviewed in the United States on September 20, 2020
3.0 out of 5 stars
Newhart - Season 1 - DVD - Review
Verified purchase
3 stars overall for season 1 of Newhart.
5 stars for Tom Poston portrayal of George Utley. Character *saved* the series.
.
Seasons 1 and 2 would have been twice as funny *without* the character Kirk Devane. What were the Writers thinking?
.
Constant negativity and constant lying by the character Kirk Devane. Thankfully the character was written off the show after 2 seasons.
.
The character Marie Barone was *constant negativity* on Everybody Loves Raymond for 9 full seasons. ELR would have been twice as funny without her *nagging and complaining*.
.

DaveReviewed in the United States on April 27, 2019
5.0 out of 5 stars
Classic with a capital C
Verified purchase
This was never one of my favorite shows from the 70's (I didn't dislike it...I could take it or leave it) but I have to say now...it's great! Guess I just didn't give it a chance when I should have. Wonderful writing and acting and the characters complimented each other perfectly. It doesn't get much better than this. (and not to mention but Suzanne Pleshette was a total knockout!)
4 people found this helpful

Amazon CustomerReviewed in the United States on November 23, 2021
5.0 out of 5 stars
The beginnings of a classic
Verified purchase
Arrived fast and in excellent condition from Goodwill, this is the older Fox season 1 dvd and comes in basic boxed sleeves unlike the newer Shout factory DVDs. Season 1 Newhart is a glimpse of what is to come, it introduces characters and over all creates the foundation for what becomes probably the greatest 80s sitcom. Newhart is not preachy, it doesn't try to teach great life lessons much like the comedic genius Bob Newhart standup it deals with life amongst idiots and dear friends who sometimes are hard to tell apart.

Stephen CourtsReviewed in the United States on February 14, 2014
5.0 out of 5 stars
A LONG Time Waiting For This Awesome Show
Verified purchase
I can recall the 80's as not much fun for good clean humor. While Dallas, Dynasty and other dramas dominated, this was the one show I never missed. I loved it from the first episode through the end of the eight year run. I purchased the first DVD when it became available and waited and waited for what seemed forever for season two. I bought it immediately and discovered SHOUT is set to release season three in April. It is long past time this entire series is available for everyone who wants to enjoy it. Others have made excellent observations about the characters, the wit and charm and the genuine fondness of or better yet, the chemistry of the cast. I love this show and Bob Newhart will always have a special place in my heart. It is almost criminal that it has taken this long for this wonderful and funny, as well as original, series to finally make it to season three. I just hope the good folks at SHOUT don't stop with half of the seasons, like others did with Green Acres and Caroline In The City. Both of these shows were favorites and only three of the six Green Acres seasons were released and only two of the four Caroline In The City. If you enjoy comedy that is not over the top with outstanding acting, great characters and yes an innocence to it, this series is for you. Thank you SHOUT for finally bringing this series to DVD. Just please release the entire eight seasons ASAP.

carlosReviewed in the United States on August 26, 2018
5.0 out of 5 stars
This one has subtitles in Spanish
Verified purchase
These series are manufactured by 20th Century Fox and the image quality is slighty better than the ones manufactured by Shout Factory. The product details are wrong. This one has subtitles in Spanish and in French. There are also special features: interviews with some members of the cast that give us some insight about the series. This season is fun but I think it improved in the following seasons. A real good price ... so what else you can wish?
3 people found this helpful

The Angry CharlotteanReviewed in the United States on February 18, 2011
4.0 out of 5 stars
The first season of "Newhart" is a gem...
Verified purchase
Bob Newhart was four years removed from his first CBS sitcom when he stepped into this one, which finds him playing a how-to book writer who decides to have a go at running a rustic Vermont inn. He and his wife, Joanna (played by the gorgeous and talent Mary Frann), deal with the normal run of tourists and locals as they get adjusted to their new life. That includes Tom Poston, a good friend of Newhart's who played the inn's caretaker, George Utley; Steven Kampmann, who wrote for another CBS sitcom, "WKRP in Cincinnati", as the pathological owner of the Minuteman Cafe, Kirk Devane; and Jennifer Holmes, who played student and skier Leslie Vanderkellen. Along the way, a number of other stars make appearances, including Howard Dodson (Jack Sprague from "Andy Griffith"), Rue McClanahan (Blanche Devereaux from "The Golden Girls"), Daniel J. Travanti (Captain Frank Furillo from "Hill Street Blues") and Julia Duffy (who appears in one episode at Leslie's cousin, Stephanie, and plays the character much differently than how she defined the role in later seasons).

The first season of "Newhart" was shot on live-look videotape, like many other sitcoms of the era (including "The Cosby Show" and "Kate & Allie"). Later seasons were shot on film and on videotape processed to look like film. But that's part of the charm of the show, as is the fact that you can actually see the actors shaping and molding their characters in each episode. They're not yet "set" into a predictable pattern. They're growing as you watch. The acting is very good, but I'm inclined to agree with other posters that it does get better as the seasons progress - especially as Stephanie and the brothers Larry, Darryl and Darryl (William Sanderson, Tony Papenfuss and John Volstad) - become integral characters.

Regardless of whether 20th Century-Fox, the company that owns the MTM library, releases additional seasons, if you're a fan of the show or a fan of Bob Newhart, you really owe it to yourself to pick up the first season of "Newhart".
7 people found this helpful

S.E. PozaReviewed in the United States on May 20, 2005
5.0 out of 5 stars
Great show and great value for money
Verified purchase
Most T.V. viewers already know the Bob Newhart show from the number of times it's been syndicated. If you haven't seen it recently, now is the time to give it another look and see comedy which was driven by good writing rather than by overused and/or hackneyed sitcom plots. It's also a pleasure to see humor which isn't nasty or negative. The Bob Newhart show is downright "fresh" when viewed alongside current comedy fare.

As for the complaints about the packaging and lack of extras, one has to consider the *extremely* low price for the season and the experience Fox had with the Mary Tyler Moore show (another classic of the same era). Fox gave the first season of the Mary Tyler Moore show the star treatment and a higher price to cover the cost and it sold poorly. This made them reluctant to even release other classic comedies and the Bob Newhart show may never have seen a DVD release.

While I would have liked to have seen an interview with Bob offering some memories of his experience with the show (or introductions), I think this type of comedy doesn't benefit much from commentary since the humor is in the pacing and the dialog. Talking over the show would seem rather disruptive and pointless. Also, I'm not sure how much anyone could remember from a show that aired so long ago.

As for the packaging, I like the slim cases and wish all DVDs were released in them. The thicker cases just take up more space on your shelves. Besides, it's what is on the discs that really matters and this show's humor has aged very gracefully. It's a delight to watch again.
9 people found this helpful
See all reviews
Back to top
Get to Know Us
Make Money with Us
Amazon Payment Products
Let Us Help You
EnglishChoose a language for shopping. United StatesChoose a country/region for shopping.
© 1996-2021, Amazon.com, Inc. or its affiliates