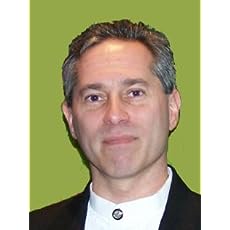 Bob Zeidman is also the president and founder of Zeidman Consulting (www.ZeidmanConsulting.com), a premier contract research and development firm in Silicon Valley that now focuses on consulting to law firms about intellectual property disputes. Since 1983, Bob has designed computer chips and circuit boards for RISC-based parallel processor systems, laser printers, network switches and routers, and other complex systems. His clients have included Apple Computer, Cisco Systems, Cadence Design Systems, Facebook, Intel, and Texas Instruments, and Zynga. Bob has worked on and testified in cases involving billions of dollars in disputed intellectual property.

Bob's secret life includes writing three award-winning novels and three award-winning screenplays. He earned a 1999 Opus Magnum Discovery Award from the Hollywood Film Festival for his novel Horror Flick, where he got to walk down the red carpet with celebrities like Jon Voight, Martin Landau, Harrison Ford, and Cameron Diaz, and he came "this close" to abandoning Silicon Valley for Hollywood.
Read more 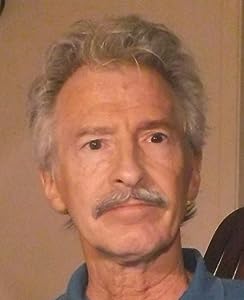 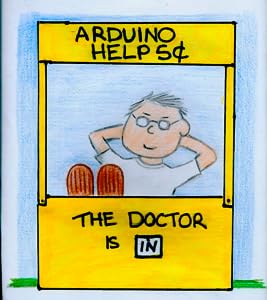 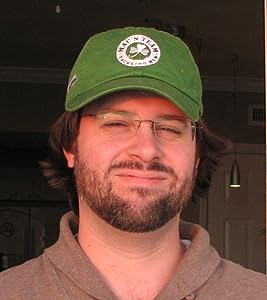 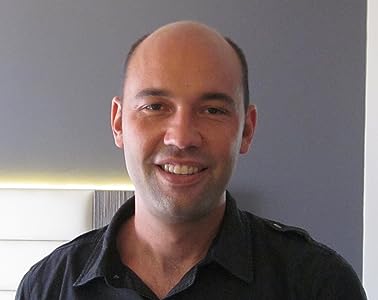 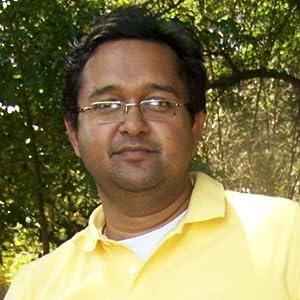 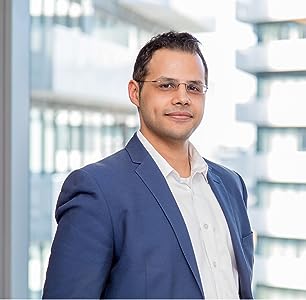 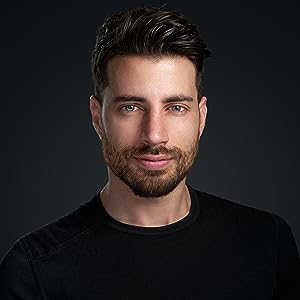 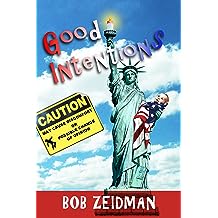 Good Intentions Jun 12, 2012
by Bob Zeidman
( 32 )
$4.99
Good Intentions is about a future United States that has become the ultimate nanny state. One man, Winston Jones, is chosen by the mysterious Fairness for EveryBody Society to be the next president because he has the required makeup—ethnic, racial, religious, sexual orientation, etc.—to “fairly represent the diversity of America.” The book is his reluctant adventure to discover what America is about and how to get it back to its real values. He comes across many clashing groups including “The Documented,” a group of legal aliens that refuse to break the law and thus get no government entitlements. He also comes in contact with Radical Femlamism, a bizarre melding of Radical Feminism and Radical Islam. All along he’s tracked by the Freedman Group, a collection of “subversives” who believe in free market capitalism and secretly run businesses without government interference.
Read more
Other Formats: Paperback 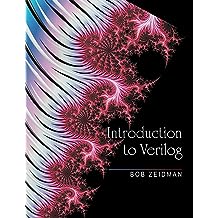 Introduction to Verilog Nov 1, 2000
by Bob Zeidman
( 12 )
$4.99
This self-study guide came about as the result of the popularity of my textbook, Verilog Designer's Library. That book is an intermediate to advanced level reference book about the Verilog Hardware Description Language. Shortly after its publication, the Institute of Electrical and Electronics Engineers (IEEE) approached me to create an introductory book, based on the Verilog seminar that I give around the world. Over the years I've used the feedback from students to try to make it the best introductory Verilog course available.
Read more
Other Formats: Paperback 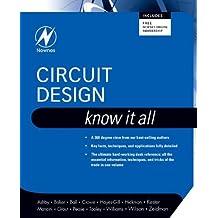 Circuit Design: Know It All (Newnes Know It All) Apr 19, 2011
by Darren Ashby , Bonnie Baker , Ian Hickman , Walt Kester , Robert Pease , Tim Williams , Bob Zeidman
( 11 )
$52.49
The Newnes Know It All Series takes the best of what our authors have written to create hard-working desk references that will be an engineer's first port of call for key information, design techniques and rules of thumb. Guaranteed not to gather dust on a shelf!

Electronics Engineers need to master a wide area of topics to excel. The Circuit Design Know It All covers every angle including semiconductors, IC Design and Fabrication, Computer-Aided Design, as well as Programmable Logic Design.

• A 360-degree view from our best-selling authors
• Topics include fundamentals, Analog, Linear, and Digital circuits
• The ultimate hard-working desk reference; all the essential information, techniques and tricks of the trade in one volume
Read more
Other Formats: Paperback 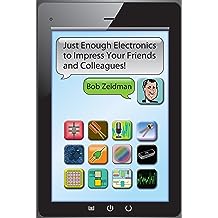 Just Enough Electronics to Impress Your Friends and Colleagues Dec 18, 2013
by Bob Zeidman
$9.99
This book is for anyone but electrical engineers. If you work with them, work for them, manage them, market to them, or sell to them, you’ll want to read this. This book will take you on a whirlwind tour of the fundamentals of electronics. By the end, you'll be familiar with the basic concepts of various kinds of modern electronic technologies and devices. You’ll be able to impress friends at cocktail parties, enhance your standing at work, and maybe even communicate with the brainy men and women who are changing the world. The topics covered are:
1.Electricity
2.Linear Devices
3.Electricity as Sound
4.Nonlinear Devices
5.Transmission Lines
6.Digital Logic
7.Semiconductor Technology
8.Memory Devices
9.Application Specific Integrated Circuits (ASICs)
10.Programmable Devices (CPLDs and FPGAs)
11.Computer Architecture
12.Engineering Equipment
Read more
Other Formats: Paperback 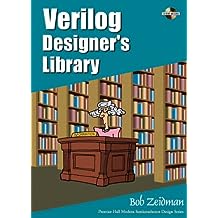 Why start coding from scratch when you can work from this library of pre-tested routines, created by an HDL expert? There are plenty of introductory texts to describe the basics of Verilog, but Verilog Designer's Library is the only book that offers real, reusable routines that you can put to work right away.

Verilog Designer's Library organizes Verilog routines according to functionality, making it easy to locate the material you need. Each function is described by a behavioral model to use for simulation, followed by the RTL code you'll use to synthesize the gate-level implementation. Extensive test code is included for each function, to assist you with your own verification efforts.

Although Verilog Designer's Library assumes a basic familiarity with Verilog structure and syntax, it does not require a background in programming. Beginners can work through the book in sequence to develop their skills, while experienced Verilog users can go directly to the routines they need. Hardware designers, systems analysts, VARs, OEMs, software developers, and system integrators will find it an ideal sourcebook on all aspects of Verilog development. 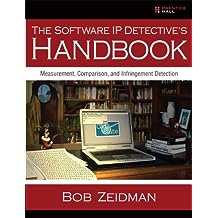 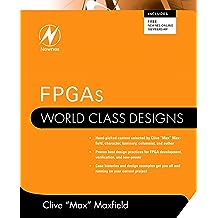 FPGAs: World Class Designs Feb 24, 2009
by Clive Maxfield
( 2 )
$55.95
All the design and development inspiration and direction a harware engineer needs in one blockbuster book! Clive "Max" Maxfield renowned author, columnist, and editor of PL DesignLine has selected the very best FPGA design material from the Newnes portfolio and has compiled it into this volume. The result is a book covering the gamut of FPGA design from design fundamentals to optimized layout techniques with a strong pragmatic emphasis. In addition to specific design techniques and practices, this book also discusses various approaches to solving FPGA design problems and how to successfully apply theory to actual design tasks. The material has been selected for its timelessness as well as for its relevance to contemporary FPGA design issues. 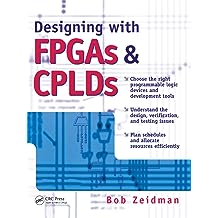 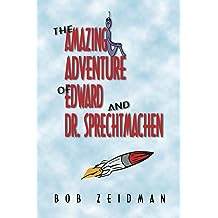 The Amazing Adventure of Edward and Dr. Sprechtmachen Jun 17, 2012
by Bob Zeidman
( 3 )
$2.99
Edward is an average little boy with an obsession for collecting things - everything from stale doughnuts to old car batteries. Dr. Sprechtmachen is the mysterious little man next door. They meet, become friends, and blast off for an adventure in outer space. They travel to Pluto where they meet the Plutacians, purple jellybean people who seem very nice -- at first. On Pluto, Edward and Dr. Sprechtmachen learn first hand about prejudice and racism, and they develop a plan to eliminate it by showing just how silly it really is. This wonderful lesson is presented in a magical, quick-paced adventure that is fun to read and educational too.
Read more
Other Formats: Paperback 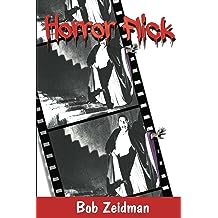 Horror Flick Aug 1, 1999
by Bob Zeidman
( 2 )
$4.99
Horror Flick is a fun, scary thriller about a film that is so bad, its viewers die watching it. The evil spirit of the movie’s leading man, who died during filming, is somehow imbedded in the film itself. Our hero is Brent Wooden, a Clint Eastwood-type, macho detective who is more comfortable dealing with psychos than psychics. His assistants include Buttonwillow McKittrick, a hippie, brainy, yet peculiarly seductive medium and Roger Herman, an ultra-low budget film maker with an ultra-high budget ego. This eclectic group must team up to stop this terrible killing spree before it airs on national television, wreaking havoc on the entire country. Their goal? Find the evil spirit and destroy it at its roots—the original celluloid copy of this long forgotten film.
Read more
Other Formats: Paperback