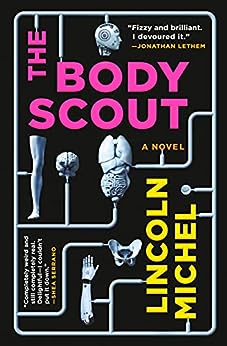 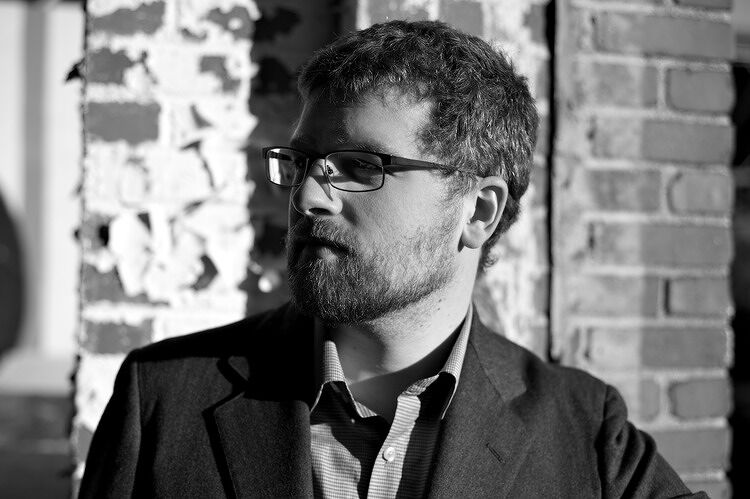 Tags that will help you discover similar books. 5 tags
mystery, thriller & suspenseeditors' pickscience fiction & fantasycyberpunkcrime
Results for:
Page 1 of 1Start overPage 1 of 1
Previous page
Next page
Where do clickable book tags come from?
Book tags are created from a variety of sources, some of which are customer-generated. Amazon is not legally responsible for the accuracy of the tags represented. If you are an author or publisher and would like to remove a tag associated with your title, please contact your vendor manager or publisher support team.
Amazon Business: Make the most of your Amazon Business account with exclusive tools and savings. Login now

“The Body Scout is the kind of wild, inventive adventure that i’d been searching for. It scratched a special itch: sly and smart, weird and wonderful, all in one package. A little bit Philip K. Dick, and I detect hints of Julio Cortazar too. Lincoln Michel is a wildly talented author and this novel is something special indeed.”―Victor LaValle, author of The Changeling

This novel is delightful in its brio and sharp as a tack in its inventiveness—and yet its greatest, most poignant gift is in asking: What does it mean to inhabit a body? A superb read.―Esmé Weijun Wang, Whiting-Award-winning author of The Collected Schizophrenias

“The Body Scout is a fizzy and brilliant confabulation, an anticorporate extrapolative throwdown that is equal parts Pohl-and-Kornbluth and George Saunders, with loads of heart, a skewed and hilarious language all its own, and the audacity to propose that the New York Mets could win a World Series by competent skullduggery. I devoured it.”
―Jonathan Lethem, award-winning author of Motherless Brooklyn

"A delirious, thrilling ride. I loved Kobo and his bad habits and broken heart, and his world is so weird and wonderful and packed with eye-popping tech that it's easy to miss how much it has to say about our own."
―Sam J Miller, Nebula-Award-winning author of Blackfish City

“The Body Scout is like a sci-fi detective novel that a sci-fi detective would write. Like the hybrids and cyborgs who fill this book, Lincoln Michel has the restless brain of Philip K. Dick, the bloodshot eyes of David Cronenberg, the tongue of William Gibson, and a beating heart ripped straight from Raymond Chandler's chest.”
―Tony Tulathimutte, Whiting-Award-winning author of Private Citizen

“The Body Scout is the best kind of cautionary tale, with urgent things to say about evolution, health care, and human nature. This is a story populated by fantastic characters and worldbuilding, but most importantly: it's a hell of a lot of fun to read.”
―Rob Hart, author of The Warehouse

"A wonderfully entertaining and disquieting jaunt through a world both old and new."―Alice Sola Kim, Whiting-Award-winner --This text refers to the paperback edition.

Lincoln Michel is the author of the story collection Upright Beasts (Coffee House Press, 2015), which was named a best book of the year by Buzzfeed and reviewed in the New York Times; Vanity Fair; O, The Oprah Magazine; Tor.com and elsewhere. His fiction and poetry appear in The Paris Review, Granta, Tin House, Strange Horizons, Vice's Motherboard, and the Pushcart Prize anthology. His essays and criticism have been published by The New York Times, GQ, Rolling Stone, and The Guardian. He is the former editor-in-chief of Electric Literature. He is the co-editor of the science fiction anthology Gigantic Worlds (Gigantic Books 2015), the flash noir anthology Tiny Crimes (Catapult, 2018), and the forthcoming horror anthology Tiny Nightmares (Catapult, 2020). He teaches speculative fiction writing in the MFA programs at Sarah Lawrence College and Columbia University. --This text refers to the paperback edition.

4.5 out of 5 stars
4.5 out of 5
29 global ratings
How are ratings calculated?
To calculate the overall star rating and percentage breakdown by star, we don’t use a simple average. Instead, our system considers things like how recent a review is and if the reviewer bought the item on Amazon. It also analyzes reviews to verify trustworthiness.
Top reviews

Mika.
5.0 out of 5 stars A fun sci-fi twist on the classic hard-boiled detective novel
Reviewed in the United States on September 21, 2021
Verified Purchase
(I wanted to give this 4.5 stars but Amazon wouldn't let me)
Despite taking place in a world beset by pandemics, wealth inequality and climate change, The Body Scout is a fast-paced, really fun read. Even better, you can tell the author had fun writing it too. Seeing familiar tropes of hard-boiled detective fiction reinvented with a science fiction twist--the hero is a weary baseball scout, the femme fatale is a Neanderthal, etc.--kept me turning the pages.

Nadine Kasuga
5.0 out of 5 stars Fun read with an unconventional voice
Reviewed in the United States on October 3, 2021
Verified Purchase
I’m not normally a science fiction fan but this book had me hooked from the first page with its distinctive voice. Michel has created a world that is disturbing and familiar at the same time, and had me turning the page until I found out what happened to all his weird and wonderful cast of characters
Read more
2 people found this helpful
Helpful
Report abuse

ehoward29
VINE VOICE
5.0 out of 5 stars A dystopian thriller that will leave you thinking about where our world could end up
Reviewed in the United States on September 21, 2021
Set in a future full of corporate and biological espionage, THE BODY SCOUT, by Lincoln Michel, follows Kobo, a struggling baseball scout and former baseball player himself who is obsessed with upgrading his own body with cybernetics whenever he can. Then he watches his baseball superstar brother, JJ Zunz, horrifically die at home plate in front of millions of viewers. Still reeling from the loss of his brother, he is recruited to investigate Zunz's death and finds himself deep in the underworld of questionable medical practices and big business corruption.
Michel has created a remarkably complex and fascinating world that is not just believable but a likely future for humanity. The amount of detail that Michel provides paints such a clear vision while keeping it as concise as possible so as not to slow the story down. The science of this world is interesting, sometimes a little icky, but always helpful in telling the story. Kobo, along with all of the the major supporting characters, are compelling to read about mostly because they all have unique imperfections that make them real, not just cardboard cutouts of people. And most all the them are selfish and opportunistic, which also make them more colorful and fun to read about. Some nice twists and unexpected revelations throughout the book,
THE BODY SCOUT is several things: a sci-fi thriller, a corporate espionage mystery, and satire of where our world could end up. All of those things together makes for a great read!
Thank you to Orbit Books, Lincoln Michel, and Netgalley for a copy of this book in exchange for an honest review!

M.
5.0 out of 5 stars Gritty Baseball-Themed Cyberpunk Noir
Reviewed in the United States on September 28, 2021
Kobo is a baseball scout—and former baseball star—who’s obsessed with body upgrades, so much so that he goes into impossible debt to get the latest limbs and organs. But when his famous brother literally explodes while playing for the Monsanto Mets, Kobo is hired by the team’s owner to find out who killed him and get his medical debt paid off in the bargain.

It’s a wild journey across a grungy, ugly cyberpunk future that corporations and the wealthy present as a utopia (wait a minute, that sounds a bit close to home…). In a near-future United States, we see how climate change has wreaked havoc and widened class divides. Capitalism rots the core of every industry, especially with the corporatization of baseball teams by bio-upgrade companies striving to sell their next product to the eager public. Every new technology manages to further corrupt the wealthy and squash the poor.

The whole book is a gallery of the grotesque with vivid descriptions of living sculptures made of real flesh, strange lab-created animals, and sex that doesn’t involve one’s own body parts. Really, it’s sci-fi blended with body horror, which aligns with the novel’s exploration of how we live in our bodies and how our bodies could become the next “luxury product.”

Kobo is a standard noir protagonist with his pessimistic viewpoint and wry first-person voice, but what differentiates him is his obsession with body upgrades that lend an interesting depth to his character. He’s complicit in the system and addicted to its promises of fulfillment while still being frustrated with it, a feeling most of us know all too well. I loved Dolores as a secondary character who goes beyond just a supporting role/love interest and the Mouth as an over-the-top (but, uh, rather familiar) corporate idiot. All of the secondary characters have agency and want to accomplish their own goals beyond those of the protagonist.

On a plot level, The Body Scout is a well-written homage to pulpy noir detective novels. It plays with the usual plot beats, character archetypes, and twists that you’d see in a murder mystery, just in an even darker futuristic setting (sci-fi and noir are bedfellows, after all, as Blade Runner shows). Sometimes the author is a little too in love with the world-building details, but I still found those asides entertaining, and you can tell he had fun creating and anticipating how every aspect of society might change. I especially appreciated representation of different gender identities and able-bodiedness, since those aspects aren’t often addressed in science fiction when it comes to new technologies.

Like any noir novel worth its salt, the story provides social critique that’s relevant to our current lifestyles. The characters’ indifferent acceptance of the way the world works—where everyone is driven by profit—was painfully familiar. I fear that there is no happy future for humanity, and that as in the novel, we will leave environmental disasters to be a problem for the next generation, and the systemic culprits of crimes will always get off scot-free. In that sense, the story’s ending is depressing to think about but ultimately realistic, and there’s validation in finding that honesty in fiction. The nihilism of the final image worked perfectly.

I requested the ARC of this book from NetGalley because I’m a big fan of Lincoln Michel’s writing newsletter Counter Craft. I was happy to find that The Body Scout embodies (sorrynotsorry) the literary/genre blend he often writes about in his essays. This novel is carefully constructed on both a plot and line level, and I hope to read more from Michel in the future.