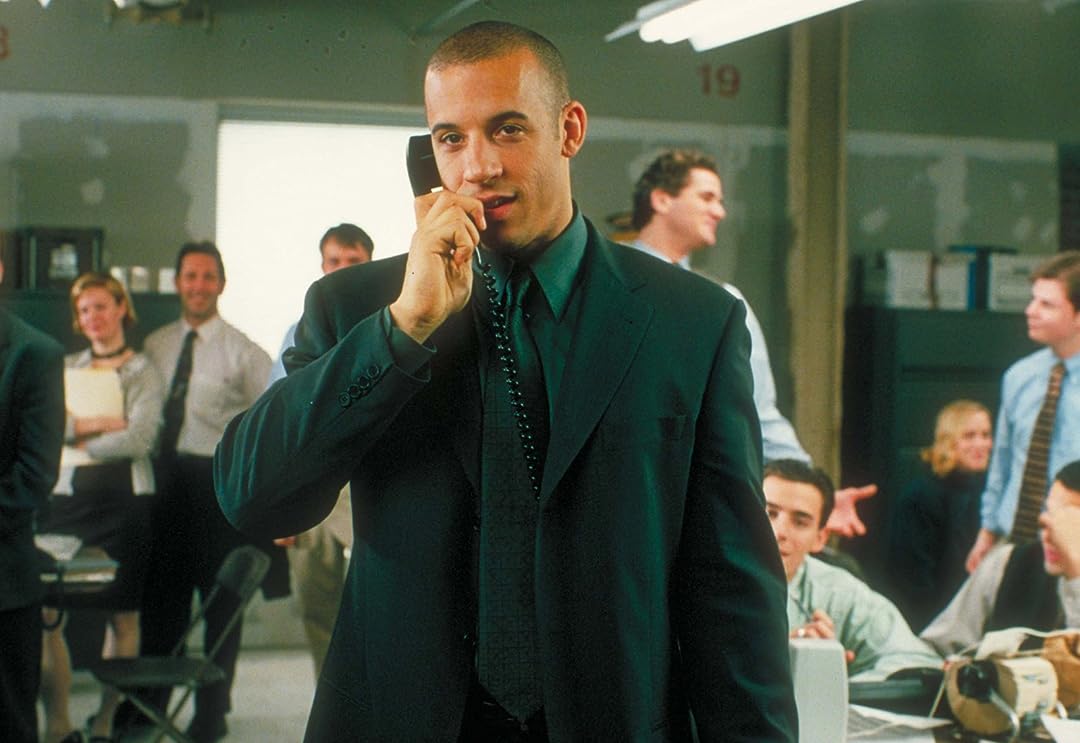 (2,541)
7.01 h 59 min2000X-RayR
An ambitious, intelligent college dropout takes a job at a small stock brokerage firm, where he meets with great success.

joel wingReviewed in the United States on October 22, 2021
4.0 out of 5 stars
Stock brokers just want to take your money so they can get rich
Verified purchase
What’s the biggest casino in the world? The stock market where the house always wins. That’s the world Giovanni Ribsi enters to try to make a fast buck. The film came out 13 years before The Wolf Of Wall Street but covers much of the same material, namely that stock brokers are just hustlers trying to get people’s money so they can become rich. The difference is that it shows some of the people who were hurt by Ribsi’s firm.

Ribsi’s character is all in on the game, but he’s also got an inquisitive mind which gets him in trouble. He’s surrounded by an interesting mix of characters from Nicky Katt his jealous boss, to a very young Vin Diesel who is like a mentor to him to Nia Long who is his love interest and Ron Rifkin as his estranged dad. The soundtrack is full of 90s East Coast Hip Hop as well from A Tribe Called Quest to Rakim to Group Home and more.

Jack E. LevicReviewed in the United States on February 5, 2016
4.0 out of 5 stars
GREAT CAST IN A THOUGHT PROVOKING STORY OF GREED AND FAMILY
Verified purchase
BOILER ROOM is a step back in time with the world was a different place. The economy was booming and the tragedy of 9/11 was yet to come. The time was ripe to make money and create a few scams along the way. A great cast heads a movie about greed, honesty and family relationships. A young Giovanni Ribisi and Vin Diesel that heads a cast that include Ben Affleck, Nia Long, Scott Caan and Ron Rifkin. Ribisi put his soul into the role of Seth Davis, an intelligent college dropout with a fractured relationship with his father, a respected judge.

It's not clear how he does this but Davis drops out of college without telling his parents and sets up a casino in his fancy apartment. His casino caters to rich college students and Davis has a financial windfall. Davis draws the attention of some questionable characters who connect him with brokerage firm JT Marlin. Soon Davis is a trainee as a stock broker and promised future earnings into the millions. Seems like a dream world but soon Davis begins to question the ethics and legitimacy of the JT Marlin. The company cold calls potential investors with promises of huge profits. It is hard to believe that so many people would fall for what could be a serious scam and risk their life's savings so readily. Yet, people do and Davis becomes the top broker in training.

The meat of this story is the moral dilemma Davis suffers when he begins to realize something is not adding up with JT Marlin. It seems like all he does is a way to gain acceptance from his distant father. Their relationship is never explored fully and it does bring up the question as to why the father is so distant. His attitude toward his son sets up Davis for failure.

It's an interesting study in relationships and moral values. The fun of this film is seeing young versions of some popular actors like Ribisi, Diesel and Affleck along with a few faces you will recognize from later movies and TV shows. BOILER ROOM is not without flaws. More character exposition could have helped flesh out the story and people's actions but still it is a riveting look back to another time.

EJReviewed in the United States on March 8, 2020
5.0 out of 5 stars
Always Be Closing
Verified purchase
An entertaining journey and cautionary tale about the days of "chop-shop" or "pump and dump" stock firms.

Ribisi’s story arc involves a complicated relationship with his father. His desire to please his father is balanced with his motivation to make money and succeed on his own terms.

Well worth a watch with some great one liners by Affleck.

An added bonus if you're from Long Island as the fictional firm is said to be based on the Island.
2 people found this helpful

P. MillerReviewed in the United States on April 18, 2014
5.0 out of 5 stars
Describes TeleMarketers And Their Deceptive Methods
Verified purchase
I saw this movie on TV and ordered it because I wanted to study the story in greater detail. My impression of the story is closely related to all the sales calls I get from companies promising some awesome offer and its nothing more than an attempt to screw people out of their money with outrageous claims.

The world we live in is very crooked by any business who crosses the line between professionalism and flat out ripping people off for personal gain. This is an awesome movie about how its done and makes you wonder about all the crap that is in your mailbox, is it legitimate?

At the first of the movie, anyone with prior experience was booted out of this company. The reason is you can't teach someone to steal if they were properly trained under ethical standards. I find this to be true in most entry level jobs and my education into business has exposed bad behaviors in most jobs I have ever had.

'Boiler Room' is based on the point of view of an up and coming stock broker who quickly starts to realize that something is seriously amiss at his new company. It was written long before the autobiography ever came out and is simply based on interviews with people, court room accounts and all other public information that came out in the legal aftermath of the company.

I watched both movies to compare and contrast. 'Boiler Room' is a little more about the personal Character played by Giovanni Ribisi and his relationship and attempts to get his dad's approval, 'The Wolf Of Wall Street' is more about the name-sake character's crazy exploits in the drug fueled late eighties and early nineties.
13 people found this helpful

zzroseReviewed in the United States on March 17, 2016
5.0 out of 5 stars
Very well done
Verified purchase
If you like trading room type movies, then you should really like this one. Very well done, good acting, solid and well executed plot with all the traits of what makes a good movie. Yes, lots of vulgarity, but some of the folks who complain about this should have known better than to watch a movie like this. Try Wolf of Wall Street and really have a fit! No, this is life on the street in the trading rooms as they were/are (as indicated by one reviewer who was in such a room). It's not at the level of Margin Call, but it's not supposed to be. It's just an entertaining movie. Forget your day job for a couple hours and enjoy the illusion....
3 people found this helpful

Luke BodewesReviewed in the United States on March 16, 2021
2.0 out of 5 stars
as far as business movies go...
Verified purchase
there is a long list of movies that, as a business student, you feel obligate to watch. this is one of them but don't get you're hopes up. if you are staring off in the "business movies" go for better ones like "the big short" "margin call" "wolf of Wall Street" first and save this for the end

Miss KReviewed in the United States on May 27, 2013
4.0 out of 5 stars
Realistic and Entertaining!
Verified purchase
My professional background is in the markets, so I understand (from the inside out) how the people IN the industry think and operate - unfortunately! I've been wanting to see this film for awhile now and I'm glad I did. I can completely identify to seeing this in real life - the mentality of the Broker bosses and the way the newer recruits related in the scene coming in new. This film has a fabulous cast, awesome performances and a very realistic portrayal of what really goes on. Greed in Wall Street still controls our Country's economic landscape. Yes, it's true. And this film will give you closer insight into the ways of the professionals in the center of it all. I highly recommend this film!
4 people found this helpful
See all reviews
Back to top
Get to Know Us
Make Money with Us
Amazon Payment Products
Let Us Help You
EnglishChoose a language for shopping. United StatesChoose a country/region for shopping.
© 1996-2021, Amazon.com, Inc. or its affiliates