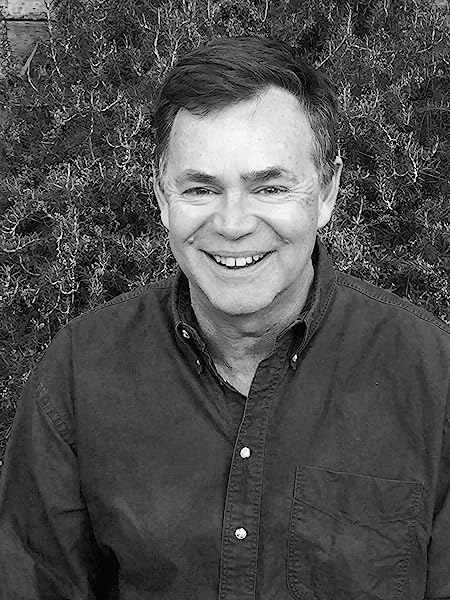 The Bonanza King: John Mackay and the Battle over the Greatest Fortune in the American West Audio CD – June 19, 2018

Gregory Crouch grew up in Goleta, California, and graduated from the United States Military Academy at West Point, with a military history field of study. He completed US Army Airborne and Ranger schools and served as an infantry officer. For five years, he was a senior contributing editor at Climbing, where he focused on writing personality profiles of famous climbers. He lives in the San Francisco Bay Area with his son and fiancé.

Start reading The Bonanza King on your Kindle in under a minute.

4.5 out of 5 stars
4.5 out of 5
103 customer ratings
How does Amazon calculate star ratings?
Amazon calculates a product’s star ratings based on a machine learned model instead of a raw data average. The model takes into account factors including the age of a rating, whether the ratings are from verified purchasers, and factors that establish reviewer trustworthiness.
Top Reviews

Kathryn Townsend
5.0 out of 5 stars Narrative non fiction the way it should be written
Reviewed in the United States on June 20, 2018
Verified Purchase
Not all narrative nonfiction is created equal. Far too many nonfiction authors get lost in the weeds of facts and figures and forget that they’re telling the story. Greg Crouch never loses sight of the fact that what he’s doing is telling a story, The story that is told in the Bonanza King is a fascinating one. This is more than just a rags to riches story, although it is definitely that. It’s the story of unbelievable wealth and how that wealth helped to shape a significant portion of our country. It provides a picture of what the west looked like while it was being developed and why it is that it developed the way it did. Crouch’s writing style is more than engaging. He took the best elements of fiction in terms of paying exquisite attention to narrative detail and the importance of writing a book with a story arc and married those elements to the recognition that facts matter and an awareness that understanding history requires context and produced a book that makes the reader truly care about people that lived and events that occurred over a hundred years ago. He makes that history feel fresh and relevant and current. If you want to be inspired by real people and real events the Bonanza King will do that. Five stars!
Read more
21 people found this helpful
Helpful
Comment Report abuse

Scuba Diver
5.0 out of 5 stars The Original Start-Up
Reviewed in the United States on June 19, 2018
Verified Purchase
In an in age where every Silicon Valley start-up is crafting a Horatio Alger rags-to-riches legend, John Mackay was the real deal. Nearly 150 years ago Mackay came to America from Ireland with little more than steadfast integrity coupled with a fierce work ethic...it was all he needed. Those bedrock traits propelled him from newspaper boy to shipbuilder to miner and ultimately to one of the richest men in the world by the his early 40s...and that was when being 40 felt like 80! To put his success in perspective, this anecdote is telling: “It is estimated that his mines on the Comstock Lode produced some 42% of the total annual coinage of the United States in 1876.”

Crouch’s “The Bonanza King” is a superb detailed history of both John Mackay’s rise in America as well as the rise of the American West. San Francisco rises as a major financial and cultural center on the back of the Gold Rush. A stock exchange is established to raise capital. Railroads dot the landscape to move ore. Telegraph lines are strung across the desert. Cities appear out of nowhere. Men with little more than a pick and strong will earn $4 dollars a day whacking solid rock at depth nearly in the dark and in boiling hot temperatures with little ventilation. Accidents abound. Fortunes are made, and lost even faster.

From a cultural and societal standpoint the reader can feel the strong forces shaping America in this book, it is written with smooth prose and includes multitudes of political, historical, and scholarly references throughout the novel. The book, as its subject matter, is of true value...tough to find a hardcover under $30 with more than 300 pages these days. Crouch comes in over 450 pages with a solid, enlightening read that reinforces the value of a strong work ethic.

Lots of cool cameo appearances like Mark Twain and General Ulysses S. Grant, both of whom Mackay had the opportunity to meet in different stages of his life.

During the 20-year boom, production was estimated at $306 million or nearly half a TRILLION in modern economic impact. Mackay’s Con. Virginia and California mines, comprising the subterranean size of about four football fields, produced nearly a third of that total value. Indeed, Mackay once remarked that he “could have rebuilt Trinity Church from the basement to spire top in solid silver.”

Love to see this book made into a movie.

John Winegarden
5.0 out of 5 stars An insightful biography, a good story, and a great read!
Reviewed in the United States on July 10, 2018
Verified Purchase
John Mackay, as presented in the Bonanza King, is certainly a fascinating story of immigrant rags-to-riches in the wild West and a refreshingly honorable, though human, role model for hard work, personal conduct, and leadership. But it is Greg Crouch's entertaining and easy-reading authorship that make this book truly one of the best biographies I've ever read. Crouch has distilled what was obviously a vast body of research on the subject into both a great story of John Mackay's life and an accessible education on topics like mining practices and corporate governance of the 19th century. From the newspaper reports of the time, Crouch has pulled plum witticisms and sprinkled them throughout each chapter, which add a wry grin at every turn and keep the whole thing feeling like a rollicking good tale rather than a pedantic history. Vignettes of other historically notable characters and events of the region and nation during the period are woven into the telling of Mackay's incredible rise, adding both entertainment and perspective. The ethnic/racial/gender/environmental injustices of the day are not glossed over, but neither are they used for story-distracting sermonizing from our two-century-removed vantage point. The only other mining-themed book I know of that is written as well is Wallace Stegner's fictional Angle of Repose, but Bonanza King has the advantages of being both factual and more uplifting! Stegner himself once said that "hard writing makes easy reading", so thanks to Greg Crouch for doing all the arduous word-mining, panning, and amalgamating that brought forth such a pure nugget of enjoyment.
Read more
8 people found this helpful
Helpful
Comment Report abuse
See all reviews from the United States

vera
5.0 out of 5 stars Honourable man, truly an inspiration.
Reviewed in the United Kingdom on September 2, 2018
Verified Purchase
An inspirational man, we could do with more like him.
Read more
Helpful
Sending feedback...
Thank you for your feedback.
Sorry, we failed to record your vote. Please try again
Report abuse