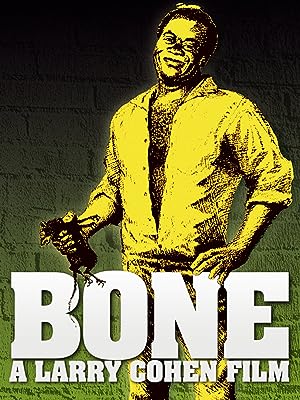 (50)
6.71 h 34 min1972R
Welcome to Beverly Hills, where upper class white married couples enjoy their happy life of wealth and privilege. But when a violently unstable black criminal invades their home, each will be forced to explore their own nightmares of lies and desire.

Def BillyReviewed in the United States on July 16, 2019
4.0 out of 5 stars
I did not know what to expect...
Verified purchase
I thought that this was about a black neighbor moving next door and the whites feeling uncomfortable due to their fears. Instead, it is a film about a couple and self reflection. It is a film with a weird but thought provoking ending.

Yaphet Cotto does a half-way decent job of trying to portray a black American, even though he does not resemble one, does not have the accents and he goes in and out of sounding proper to trying to sound 70's "hood." I am not sure if this should be considered a comedy or a drama, but it sure is interesting! I would compare a film like this in style to a film like "The Watermelon Man." I almost think that the wife in this film was the wife in that one, but I am not sure.

I am not sure if this can be purchased on DVD or Blu-Ray, but at least watch it on Prime!

baby crab cakesReviewed in the United States on July 3, 2019
5.0 out of 5 stars
weird ending, is it happy?
Verified purchase
there was only one rat swimming in that pool
this is a shaman taking you on a psychedelic journey. if it seems implausible, than you are not feeling it, just go with the flow because that is what the characters are doing. this isn't even real, these are all thoughts, the cue being the opening scene with protagonist #1 reflecting over how many people must have died in the cars he has sold; and the end scene--well, that is not real either, these are reflections of desires, guilt, shame, etc, and strung together by the lead--bone, the agitator.
3 people found this helpful

SD.Reviewed in the United States on July 14, 2019
5.0 out of 5 stars
Cohen hits a home run in his 1st time at bat.
Verified purchase
Auteur Larry Cohen's "white people are crazy" Opus gets a beautiful treatment here in all its wide screen glory, and should be seen by anyone who appreciates Cohen, masterful actor Yaphet Kotto, absurdist theater, or just good storytelling.
Jeannie Berlin may be the Oscar nominee in this cast (not for this, of course, but for The Heartbreak Kid), but Kotto is phenomenal & Joyce Van Patten deserves a nomination for her "smash the roach" scene alone.
This one is really a really hard to find & otherwise overlooked gem, and kudos to Amazon for getting it posted in such a beautiful transfer.
2 people found this helpful

noochinatorReviewed in the United States on December 28, 2017
5.0 out of 5 stars
Yaphet Kotto is good to the 'Bone'
Verified purchase
Wow, Amazon Prime does it again! I learned of this movie at the website Trailers from Hell, and lo and behold, A'zon offers it free to stream with Prime. This is how the world SHOULD work! If you love 1970s cinema, you'll love this one, an intelligent sensibility runs throughout, and the actors, writing and direction are wonderful. Keep resurrecting neglected 1970s classics like this one, please!
6 people found this helpful

JSJReviewed in the United States on July 27, 2019
5.0 out of 5 stars
Great period writing for the characters, Larry Cohen, SuperDude!
Verified purchase
Larry Cohen has a gift for capturing america's original sin and making it entertaining, using visual and language cues to pull it off.The actors were convincing enough in their roles, the plot chock with clever dialogue and well placed dramatic arcs.
2 people found this helpful

cookieman108Reviewed in the United States on January 25, 2004
4.0 out of 5 stars
A Bad Day in Beverly Hills
Verified purchase
Well, here it is, in all its' wide screen glory. Blue Underground presents writer/director/producer Larry Cohen first film Bone, also known as Housewife, Dial Rat for Terror, or Beverly Hills Nightmare completely uncut and uncensored with a whole lot of juicy extras.
This is truly a bizarre film. The title, Bone, refers to the character played by Yaphet Kotto. The movie opens by the pool of a seemingly affluent, older couple that lives in a rather large house in Beverly Hills. Bone, an unstable, unpredictable violent criminal forces his way into the lives of this couple, looking for some easy money, and we are treated to one wild ride as the plot veers into the uncharted waters of absurdity.
The very nature of perversity is explored, as the characters are forced to confront hidden desires, exposing the seamy underbelly of modern life. The material presented here may have been tamed over time, thirty years after its' inital release, but the I think the film still commands the effect to disturb, shock, and make one laugh through its' use of imagery and dialogue. Yes, I said laugh, as I would call this a black comedy of sorts.
The movie can be hard to take at times, but the use of jump cuts and incidental music are used very effectively. What may seem insignificant at times later reveals it to be of some importance. Probably my favorite performance in this film was that of Oscar nominee Jeannie Berlin (The Heartbreak Kid) who played The Girl. Her character was truly fascinating even though she had little screen time compared to the rest.
As I said, Blue Underground provides a wealth of extras on this, up until now, rare movie. There's a wonderful commentary with Larry Cohen, a short interview with distributor/director/producer Jack H. Harris, selected scenes from an early shoot of the film, trailers, a radio spot, a gallery of promotional materials, a Larry Cohen biography, and even a small reprinted still of a poster for the movie inside the case. If you are willing to take a chance on something a lot out of the cinematic mainstream, then this is as good a place as any to start.
8 people found this helpful

E. M. WolfReviewed in the United States on April 10, 2014
3.0 out of 5 stars
odd little film
Verified purchase
I was lead to believe this was in the blaxploitation genre, however it definitely is not. it does deal with race, but in a more absurdist manner that was popular in films like Little Murders and Rhinoceros. Great performances all around, but as I'm not a big fan of absurdism, I wasn't a big fan of this movie. Well written and acted, but not very interesting.
5 people found this helpful

Lakesha LewisReviewed in the United States on June 4, 2020
5.0 out of 5 stars
I wish I could find movies similar to it
Verified purchase
I love this movie.
See all reviews
Back to top
Get to Know Us
Make Money with Us
Amazon Payment Products
Let Us Help You
EnglishChoose a language for shopping. United StatesChoose a country/region for shopping.
© 1996-2021, Amazon.com, Inc. or its affiliates