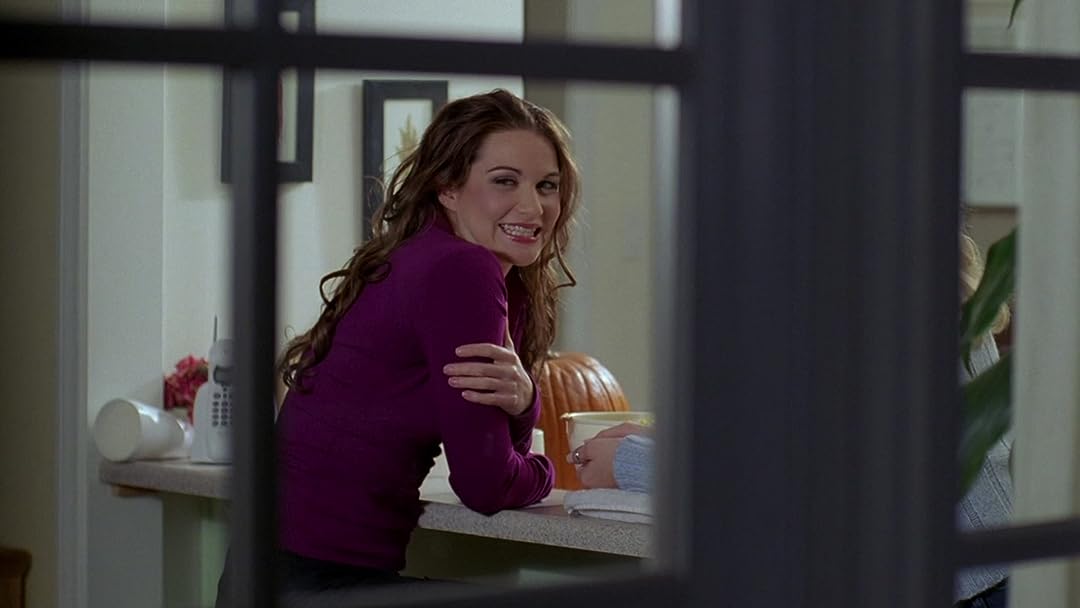 (93)
4.11 h 33 min200513+
There are rumors that a long shut down and neglected hospital is haunted by the inhabitants that died there in a fire. Four college students are about to discover that the myths might just be true..

IthacaRedReviewed in the United States on September 29, 2018
1.0 out of 5 stars
I'm a big horror fan, this was junk
Verified purchase
I love finding a good bad-horror-movie to have fun laughing at. Sadly this was just a bad bad-horror-movie. I'm supportive of small budget indie films so I'm not above giving them a chance. Just cause someone can't afford believable lighting, quality editing, and a high-end camera, doesn't mean a film can't be good. I am willing to look past those things, and was able to with this movie. What I couldn't look past was the obvious rip-offs of famous horror movies. An homage is one thing, but come on this was just a sloppy patchwork quilt of poorly executed rip-offs. The acting was super hokey. Clearly the only person who had any acting ability was the african-american gentleman playing the detective. The kid in the 90's suit and bad wig being filmed from an oddly onset low angle was super laughable with his delivery of lines and face acting as he tried to guilt the detective into helping him. Oh man that kid was just hysterically bad. So that earned it one star. The rest of the cast seemed like they were trying out for a high school play parody-version of Scooby Doo Where Are You. Don't get me wrong the goofy dialogue was a lot of why the acting was so bad, but the direction is to blame too. It's like no one explained to the cast (with the exception of the detective) that they were supposed to be playing actual people. And really? Would anyone willingly spend time with someone who mocks you for having a deceased mother? Really? And we're supposed to believe the character is willing to go into an at risk situation with someone like that? Ok, hold my coffee. lol The dog. Yeah it was obvious the dog was going to die as soon as you see the idiot teenager take her into a filthy abandoned building with unsafe floorboards, debris, likely trash and broken glass strewn about, and of course all sorts of other hazards hidden in the dark like wildlife, squatters, chemicals, old rusty equipment, need I go on? But the direction they took it was an off putting choice, and just like all those goofy tired old jumpscares, useless for moving along the plot. Just there to tick a box so this quasi-qualifies as a horror movie. These sort of effects, aren't cheap either, so they could have spent their budget much more wisely and put it toward something interesting to view. I could keep going, but I've picked on this attempt at filmmaking enough. I love horror but this isn't it. This is a wad of cliches edited together that relies on setting to do it's job. Oh, it's Halloween. Oooooo. <clutches pearls> Oh, it's an abandoned building. Oooooo. <clutches pearls harder> Oh, it's a haunted abandoned building. Oh, no no no, wait, it's a haunted abandoned hospital that somehow still has power in it. <faints> Who's paying the electric bill for the abandoned condemned building? - the ghosts? If it's the ghosts then why the need to throw the breakers? I'm doing it again. I'm talking all reasonable to the cliche pile. It is funny to see all the positive reviews on here. How many Amazon Prime accounts do the cast and crew and their friends and family have? Fortunately, this was a free movie on Prime, so I'm not out anything other than time and disappointment. <mic drop>
9 people found this helpful

TonyaReviewed in the United States on August 12, 2016
4.0 out of 5 stars
Harmless Halloween Fun, but Messy Ghost Story!
Verified purchase
"Boo" is a messy ghost story, with a muddled screenplay and low development of characters, especially Jessie. This lead character and her relationship with her mad mother are the key point of the story, but their stories are awfully disclosed. The group using an old elevator that works in an abandoned building is ridiculous; however, I did startle in some moments with the eerie atmosphere.

I certainly understand a lot of the harsh criticism for "Boo", but, I think some people may be looking at this harmless film the wrong way (or else I completely did).

"Boo" to me, seemed to be aimed more toward the "Occacianally watching" horror movie fan around Halloween-time, rather than the hardcore bloodhounds. The story seemed very "Tongue-in-cheek" and a little too cliché to be taken any other way. The acting was over the top and the setting had "Halloween Party" written all over it, so to me, I just watched as such and found it quite enjoyable. The cinematography looked great, and most of the "Startle" scares worked quite effectively, telling me that director Anthony Ferrante did his homework and produced a film destined for video store shelves. The silliness all seemed to be there for a reason and served it's purpose well, leaving the viewer wanting more. Again, I didn't go into this expecting "The Shinning", so maybe I'm wrong on every level, but I was not let down.

After-all folks, the film is called "Boo".... I give it at least four stars. Great for Halloween!

D. WilliamsReviewed in the United States on March 16, 2018
4.0 out of 5 stars
I enjoyed it
Verified purchase
Quite good, I enjoyed it. A group of young adults (I won't call them teens, too old for that) decide to explore a haunted hospital on Halloween, and of course, everyone knows that's a dumb thing to do. Had a lot of scare scenes where you knew something was going to happen, but not entirely sure until it does. And how many times does it take these guys to get that you shouldn't get in that elevator, unless you have no intention of getting out of there? Kind of funny at how many times the characters see something that is obviously not quite right, yet still approach it far too close for comfort, even when it's floating in the air, or are able to see through, or are covered with gallons of blood and has a mangled body. See, these are things that a good horror movie has plenty of. Perhaps the most amazing thing about this movie, though, is that there are 3 survivors. Now, that's rare.

Akice69Reviewed in the United States on August 18, 2018
5.0 out of 5 stars
Good-n-Creepy! Good
Verified purchase
After watching this I am heartened to see that someone still knows how to make a decent horror film. With all of the average (or below average) stuff coming out nowadays (this genre of film does seem to be a lost art more and more), I was surprised to find myself actually thinking 'Now THIS is more like it'. Starts off looking like just another one of those tacky, below-the-belt spoofs involving a bunch of young adventurers getting stuck in some creepy building on Halloween... but it quickly separates itself from just another piece in the slush pile, this is what separates the proverbial wheat from the chaff. It was spooky, it moved along at a good pace and it wasn't weighed down with scenes that didn't make sense (or seem inappropriate to the storyline). The ending didn't leave me with that 'aw shucks, the good guys always win' feeling, either - and that is exactly the way a good horror flick SHOULD end. A good ending should still make your skin crawl a little - and maybe kick that lamp setting up a notch as well. Well-acted, good storyline, well-paced and a not-the-same-old-stuff ending. A clear 'A' grade on this here paper!!
5 people found this helpful

Tracey WeissReviewed in the United States on December 7, 2019
3.0 out of 5 stars
Not bad. Enjoyable if you've got some free time.
Verified purchase
There were a few unexpected twists and the acting is, for the most part, decent enough. It kept my attention well enough to watch it in two segments. (I usually can't sit through a B-movie for more than 20 minutes at a time.) I would say it's worth your time if you're looking for a creepy ghost story that won't tax your brain too much.

AutumnReviewed in the United States on July 25, 2016
4.0 out of 5 stars
Good story line
Verified purchase
Overall it wasn't scary, but the story line was what I really liked. If you're looking for a scare maybe with the lights off and the sound up otherwise keep looking. If you want an interesting story then I recommend this for sure. I don't want to spoil it for anyone, but actually getting to know the story of the psyche ward of the hospital was a plus considering you usually don't get to hear the back story of the bad guy. It's not the best movie, but I certainly wouldn't mind watching it a few more times even.
One person found this helpful

Perry HeydaReviewed in the United States on August 29, 2017
3.0 out of 5 stars
Cliches-R-Us
Verified purchase
Sigh. Opening sequence was a clue that this would devolve into a pastiche of scary ideas from other movies. First third had some nice scares, but then it got boring and talky and set up a quite elaborate (if nonsensical) framework of how the ghost world works. I'd give it two stars, but it did have a good start and some impressive (but eventually overused) makeup effects. 2.5 stars, if I could do such a thing.
One person found this helpful

sketchofthenileReviewed in the United States on September 18, 2017
4.0 out of 5 stars
Worth watching
Verified purchase
I believe this was a late 80s movie... Action almost from beginning to end... A lot of blood and guts... I will say it again... Flashbacks added in a movie during the action... Tells a story just as well as boring the audience... Instead of, attempting to build some elaborate artistic storyline for an hour or more... And then injecting only 10 minutes of action... When a movie genre is action or horror... Then we want to see action and horror...
See all reviews
Back to top
Get to Know Us
Make Money with Us
Amazon Payment Products
Let Us Help You
EnglishChoose a language for shopping. United StatesChoose a country/region for shopping.
© 1996-2022, Amazon.com, Inc. or its affiliates