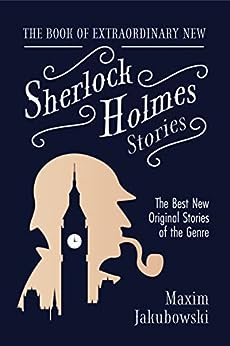 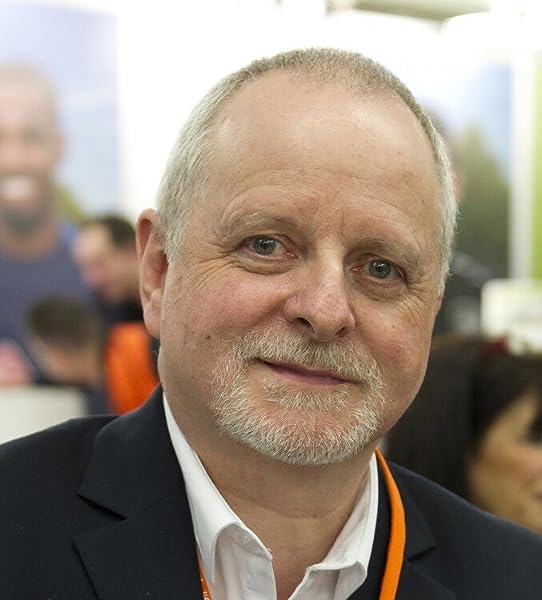 This cornucopia of dark deeds, deduction, and derring-do contains never-before-published stories featuring Sherlock Holmes and other favorite Conan Doyle characters—written by some of today’s best mystery and thriller writers and collected by one of the genre’s eminent editors. Contributors include:

“Lavie Tidhar provides a tantalizing puzzle in ‘The Adventure of the Milford Silkworms,’ in which a female client appeals for help understanding the connection between an assault on a botanist and goats acting oddly. Bev Vincent’s ‘Bloody Sunday’ posits a clever plot behind one of the most notorious real-life riots of the Victorian era.” —Publishers Weekly

“Sometimes a brief zap of great writing is just what you’re in the mood for or have time for. That’s when anthologies like his are ideal...intellectually outstanding.” —New York Journal of Books

“Fifteen Sherlock Holmes pastiches in this solid anthology from Jakubowski (Invisible Blood), mostly featuring authors new to the genre. Lavie Tidhar provides a tantalizing puzzle in ‘The Adventure of the Milford Silkworms,’ in which a female client appeals for help understanding the connection between an assault on a botanist and goats acting oddly. Bev Vincent’s ‘Bloody Sunday’ posits a clever plot behind one of the most notorious real-life riots of the Victorian era.”
―Publishers Weekly

“If you are an avid Sherlock fan and want to see new stories following these characters, then you will find what you are looking for here.”
―The Game Vortex

“Written by a giant of the genre...highly recommended.”
―Lee Childs, author of the Jack Reacher novels

“I have been a fan of Maxim Jakubowski for years. There just is no finer mystery writer and editor anywhere. Find a comfortable chair and a strong drink and prepare to be enthralled.”
―Alexander Algren, author of Out in a Flash: Murder Mystery Flash Fiction

“A stunning collection, simply the best short mystery and crime fiction of the year and a real treat for crime-fiction fans. I highly recommend!”
―Leonard Carpenter, author of the Conan the Barbarian books and Lusitania Lost

“Maxim Jakubowski is deeply experienced in the field... Sometimes a brief zap of great writing is just what you’re in the mood for or have time for. That’s when anthologies like his are ideal....intellectually outstanding.”
―New York Journal of Books

“Expertly compiled and edited by Maxim Jakubowski, the fifteen original short stories, each by a dedicated author in full support of Conan Doyle's iconic detective, is certain to be an immediate and enduringly popular addition to community, college, and university library collections.”
―Midwest Book Review

Maxim Jakubowski is a London-based novelist and editor. Following a career in book publishing, he opened the world-famous Murder One bookshop in London in 1988. He compiles two acclaimed annual series for the Mammoth list, Best New Erotica and Best British Crime. He lives in London, United Kingdom.

Matthew Lloyd Davies is a veteran actor, director, and Audie Award-winning audiobook narrator. Highlights of his acting career include regular appearances with the Royal Shakespeare Company, Royal National Theatre in the West End, on international tours, and in award-winning television shows and films. He has experience in radio, a master's degree in directing, and extensive experience in presenting at corporate events.

From “The Case of the Missing Sister”

Holmes frequently ridiculed my efforts as chronicler of our exploits, and chose to ignore the fact that they were the reason he had become the most famous detective in these islands. But the lovely Miss Adler seemed to have disturbed his composure in that regard far more than any case we had previously tackled. I was mentally forming the best answer for this when Mrs Hudson bustled in. “A letter for you, Dr Watson,” she trilled. “May I clear breakfast now?”

“You may, thank you,” Holmes said, when I did not reply.

I barely noticed her exit. The postmark told me all when that Scottish town had brought my family nothing but sorrow. I tapped the paper rectangle against my knee and stared into nothingness.

“Since you apparently know who the missive is from, and it plainly poses you a question, throwing it away unread would seem a pointless act my dear chap.”

I could feel Holmes’s gaze on me; those piercing eyes glittering with curiosity and anticipation. He could deduce what I would only presume, and had appeared to have already done so.

“You're right of course, Holmes.” Sliding my nail beneath the seal I extracted the single sheet of paper and read quickly.

“Of the highest order,” I replied. “I shall read it to you, if I may?” Holmes nodded his assent and I sat back to angle the watery April sunlight directly onto the page.

Please forgive my presumption in writing. I've followed your exploits with Mr. Sherlock Holmes ever since cook brought your stories to my attention. You write with such humanity I am absolutely certain that you will help me, despite our never having met.

There is no delicate way to write this so I shall be direct. My mother, your sister Elspeth, is missing. My father refuses to involve the police, and does not know that I am writing to you now. You and I have never met, but I beg of you to set aside the past and help me find her.

I have taken the liberty of enclosing train tickets for yourself and Mr. Holmes, and also a reservation at the White Stag Hotel.

With all good wishes and looking forward to meeting you very soon.

Holmes held out his hand and I passed him the missive. He examined it minutely, turning the page over and back and peering at the envelope for a full minute. “A child with some strength of character to write so directly,” he said.

“She must be more than twenty years old, so hardly a child.”

Holmes inclined his head. “I was not aware you had a sister, far less a niece,” he said at last. “But then I know very little about your family.”

“You deduced that my watch had belonged to my father and thence my elder brother.” My hand strayed to touch the watch chain across my waistcoat and I smiled at a small triumph. “Unlike you to miss a clue.”

“You told me that you have no living kin in England.”

“No living relatives in England.” Even to my ears my reply was churlish.

Holmes lit his pipe, wreathing his features in smoke to almost but not quite hide his amusement. “I do understand your reticence. We neither of us wish to be defined by our beginnings. My own brother is known to you only because he made himself known.” Holmes lowered his chin to regard me suspiciously. “Who has the honour of being your brother-in-law?”

“Alexander Dalglish. I was still a boy at school when he whisked our dear Elspeth away. It broke my mother’s heart.”

Holmes nodded slowly. “I am sorry,” he said, with surprising gentleness. “Do you intend answering this cri de coeur?”

“Then it is settled. If we leave immediately we will make the one o'clock train.” He rose abruptly, consulting his pocket watch and returning it to his waistcoat with a flourish. “Mrs Hudson! My laundry if you please!”

Amazon Customer
4.0 out of 5 stars Not Impressive
Reviewed in the United States 🇺🇸 on January 4, 2021
Verified Purchase
I have other volumes affiliated with this Editor, so I was very hopeful; and I was not impressed. The characters not always fleshed out well and not always true to the Canon. I expected better.
Read more
16 people found this helpful
Helpful
Report abuse

Red Ryder
5.0 out of 5 stars Holmes is Back Again
Reviewed in the United States 🇺🇸 on October 28, 2022
Verified Purchase
Another enjoyable Holmes collection. The various authors collected by Jakubowski for the most part capture the hearts of Watson and Holmes. and Holmes. Too he does Conan Doyle justice by as true to his style as one can be. I only remember one story’s plot being so obvious that the end was known by a few pages in. If you are a fan you will enjoy this collection.
Read more
2 people found this helpful
Helpful
Report abuse
See all reviews

HAPPY SHOPPER
5.0 out of 5 stars Good reading
Reviewed in the United Kingdom 🇬🇧 on January 21, 2022
Verified Purchase
I can only tell you what my son said…as I bought it for him as he is a great fan of Sherlock Holmes
He said it was very good and he was pleased to add it to his collection.
.
Read more
Report abuse
See all reviews
Report an issue
Does this item contain inappropriate content?
Report
Do you believe that this item violates a copyright?
Report
Does this item contain quality or formatting issues?
Report