The Book of Jotham and millions of other books are available for Amazon Kindle. Learn more 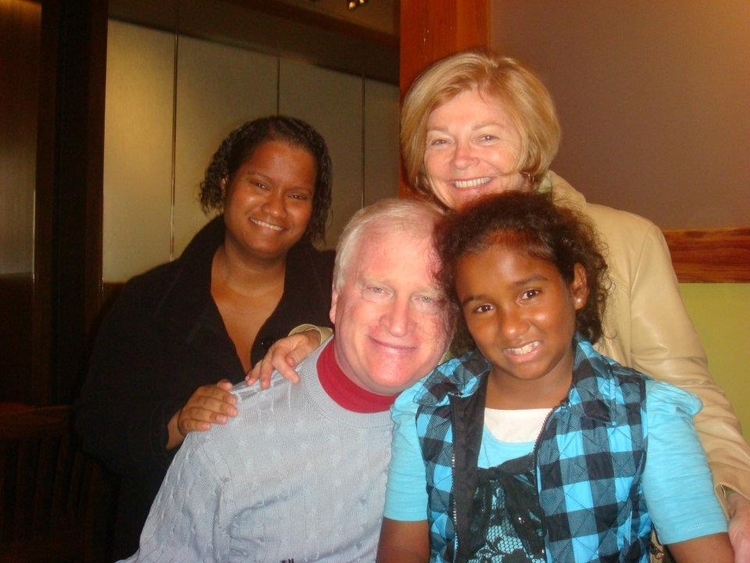 by Arthur Powers (Author)
4.8 out of 5 stars 89 ratings
See all formats and editions
Sorry, there was a problem loading this page. Try again.

Winner of the 2012 Tuscany Prize for Novella! Jotham is a mentally challenged man-child who, like the other apostles, follows Jesus as Christ carries out his ministry and experiences death by crucifixion, resurrection, and ascension. Yet the other apostles the dedicated Mary, Peter, Thomas, and the rest while they care for Jotham and look out for him, don t understand why Jesus loves him so. Thomas even says, after Jesus offers a parable, I don t see why all the pots can t be strong and beautiful.Jotham may be different, but through him, we come to see Jesus and Jotham not just with our eyes, but also with our hearts.
Read more
Previous page
Next page

Start reading The Book of Jotham on your Kindle in under a minute.

Arthur Powers went to Brazil in 1969 and lived most his adult life there. From 1985 to 1997, he and his wife served with the Franciscan Friars in the Amazon, doing pastoral work and organizing subsistence farmers and rural workers' unions in a region of violent land conflicts. The Powers currently live in Raleigh, North Carolina.

Arthur received a Fellowship in Fiction from the Massachusetts Artists Foundation, three annual awards for short fiction from the Catholic Press Association, and 2nd place in the 2008 Tom Howard Fiction Contest. His poetry, fiction, and essays have appeared in many magazines &amp; anthologies. He is the author of A Hero For The People: Stories From The Brazilian Backlands (Press 53, 2013) - winner of the 2014 Catholic Arts &amp; Literature Award - of The Book of Jotham (Tuscany Press, 2013) - winner of the 2012 Tuscany Novella Prize - and of Edgewater (Finishing Line Press, 2015). He was Judge of the 2014-2016 Tom Howard/John Reid Short Fiction &amp; Essay Contests, and of the 2015 Dappled Things J.F. Powers Short Story Contest. He serves on the Board of The Raleigh Review, on the educational committee of The Justice Theater Project, as Vice President of the Catholic Writers Guild, and as an advisor to Dappled Things literary magazine.

esther
4.0 out of 5 stars It was a recommendation
Reviewed in the United States on January 21, 2021
Verified Purchase
I follow Ellen Gable and have read many of her recommendations and have never been disappointed. This book was no exception.
It is written entirely from Jotham's perspective. Under normal circumstances, this is not a problem. But Jotham is not what we would consider "normal". Because of the way it's written, one gets a look at how a simple person lives life.
More importantly, once Jotham find the light, he never lets go. He doesn't let his circumstances cloud his vision. He is a shining example for each of us.
Read more
One person found this helpful
Helpful
Report abuse

tracyd
5.0 out of 5 stars The Book of Jotham
Reviewed in the United States on February 17, 2013
Verified Purchase
For most of us, intelligence is what makes us human, what distinguishes us from lower forms of life. The mentally handicapped pose a challenge to this assumption--by what standard do we judge their humanity? Most of us don't try, leaving that dilemma to be figured out by their caregivers. I once found myself in awe of a friend who was parent to a severely retarded child, who suffered from constant petit mal seizures, watching him sit beside her patiently, holding her hand, explaining to her what was going on in the room, who each person was who came by to say hello to her. Did she understand? I don't know, and maybe the father didn't either...but it didn't matter to him, what was important was his love for her.

The title character of Arthur Powers' fine novella is an adult retarded man who found himself following Christ. It is an attempt of the author to get inside the head...and heart...of Jotham, as he experiences Christ's saving power, as he experiences the gentleness of Christ's mother Mary, and the pain he feels at Christ's suffering and crucifixion, and the subsequent experience of grace at Christ's resurrection and the descent of the Holy Spirit.

The affective experience is what is important to Jotham. This book reiterates, in narrative form, what Benedict XIII has been trying to tell the world...Christianity is not a set of rules and regulations, Christianity is not a manufactured myth--Christianity is an experience and relationship with the person of Jesus Christ. Jotham has all his needs. He did not need a healing miracle, he was happy and satisfied with the living experience of Christ.

One rarely reads a novel that one can describe as a meditation. But The Book of Jotham is exactly that.
Read more
7 people found this helpful
Helpful
Report abuse

An Open Book Family
4.0 out of 5 stars Original biblical fiction that challenges the reader
Reviewed in the United States on February 1, 2021
Verified Purchase
The story is short but the message is profound, challenging the reader to see the value of a life not by intelligence or usefulness but though the eyes of God. The Book of Jotham is an original piece of biblical fiction from a mentally disabled follower of Jesus (Jotham).

The second person narration and sentence fragments are less off-putting than I might have guessed since they serve an important purpose here as the story is told from Jotham's point of view.
Read more
Helpful
Report abuse

Ellen Gable Hrkach
VINE VOICE
5.0 out of 5 stars Beautiful Book!
Reviewed in the United States on April 14, 2013
Verified Purchase
The Book of Jotham is a unique and beautifully moving account of a mentally challenged man (Jotham) who becomes one of Jesus's followers. What makes this book so unusual is that it's written in the second person and is a fictional story of this man's relationship with Jesus and the apostles. The narrative from Jotham's point of view is filled with sentence fragments and (what appear to be) simple thoughts. I initially wondered whether it might be difficult to read, but I was pleasantly surprised. The writing style had a poetic feel to it.

The author takes us into what most people perceive as the "simple" mind of a handicapped person. Jotham is described as "big as a house, stupid as a donkey." His mind, and the minds of other mentally handicapped persons, are not simple at all. At first glance, his thoughts seem to be simple, but they can also be complex, honest and insightful. The reader can bond easily with Jotham because Jotham sees truth more clearly than any supposedly normal intelligent man. It takes a tremendous amount of skill for an author to create a character like Jotham.

At the beginning of the story, Jotham tries to understand his mother's death. The reader sees her death as "light fading away." He leaves home and, because of his disability, is ridiculed. He eventually meets Jesus (the new light). I enjoyed experiencing the miracle of the loaves and fishes through Jotham's eyes. Through this imperfect young man, we can see the light in Jesus' disciples. But we can see darkness (in Judas and others) as well. The relationship between Jotham and Judas is extremely well done; the scene between these two characters after the crucifixion is particularly compelling.

I was easily drawn into the story. The characters are mostly ones with whom we are already acquainted: Jesus, the Blessed Mother, Mary Magdalene, Peter, Thomas, Judas. I especially enjoyed the moving interactions between Jesus and Jotham.

It is ironic that in our wounded world, beautiful souls like Jotham are often aborted before birth. And yet these imperfect human beings have great potential for love, perhaps more than most "normal" human beings.

Brilliant character studies, interesting setting descriptions and beautiful writing all make The Book of Jotham an excellent and worthwhile read. It may be short (can be read in a couple of hours), but it is filled with well-developed characters and poetic prose. Although the story of Jesus and his apostles has been told and retold numerous times through Scripture, tradition, movies, books, plays and documentaries, this is a beautifully refreshing and unique version. Highly recommend!

Bird Freemanson
5.0 out of 5 stars Witness worth reading
Reviewed in the United Kingdom on July 14, 2014
Verified Purchase
This is a superb story. It is brilliantly observed and goes some way to show the beauty and gift of the spirit. There are many books I end up reading quickly to discover what happens. However, this is one which I read to its end in one sitting.
The story is told from the perspective of a simple minded man who has no great grasp of theology or any great resevoir of knowledge. However, he has a the gift of the Holy Spirit, which he reveals but an't explain or even acknowledge.
This book is a 'must read'.
Read more
Report abuse

Radhika Doraiswamy
5.0 out of 5 stars i enjoyed reading it
Reviewed in India on October 13, 2014
Verified Purchase
A delightful book, i enjoyed reading it.
Read more
Report abuse
See all reviews
Back to top
Get to Know Us
Make Money with Us
Amazon Payment Products
Let Us Help You
EnglishChoose a language for shopping. United StatesChoose a country/region for shopping.
© 1996-2021, Amazon.com, Inc. or its affiliates