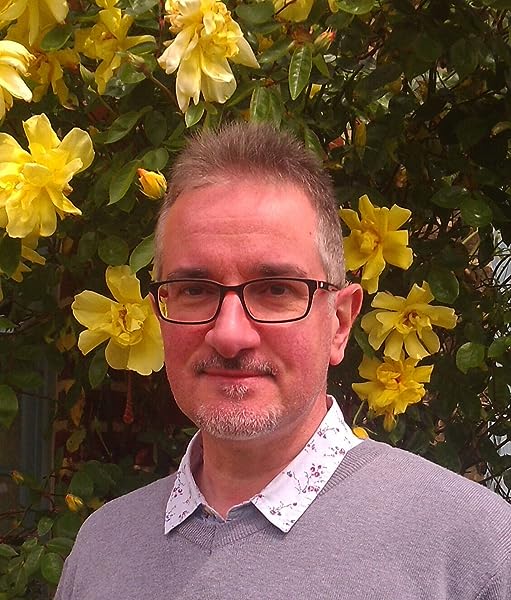 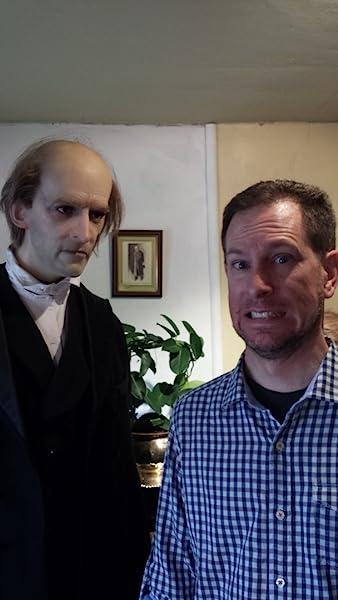 by David Marcum (Editor)
4.5 out of 5 stars 139 ratings
Book 1 of 35: The MX Book of New Sherlock Holmes Stories
See all formats and editions
Sorry, there was a problem loading this page. Try again.

David Marcum first discovered Sherlock Holmes in 1975, at the age of ten, when he received an abridged version of The Adventures during a trade. He is the author of "The Papers of Sherlock Holmes" Vol.'s I and II (2011, 2013), "Sherlock Holmes and A Quantity of Debt" (2013) and"Sherlock Holmes - Tangled Skeins" (2015). Additionally, he is the editor of the three-volume set "Sherlock Holmes in Montague Street"(2014, recasting Arthur Morrison's Martin Hewitt stories as early Holmes adventures,) and the massive three-volume "The MX Book of New Sherlock Holmes Stories" (2015). He has contributed essays to the "Baker Street Journal", "The Solar Pons Gazette", and "The Gazette", the journal of the Nero Wolfe Wolfe Pack. He began his adult work life as a Federal Investigator for an obscure U.S. Government agency, before the organization was eliminated. He returned to school for a second degree,and is now a licensed Civil Engineer, living in Tennessee with his wife and son. He is a member of The Sherlock Holmes Society of London, The John H. Watson Society ("Marker"), The Praed Street Irregulars ("The Obrisset Snuff Box"), The Solar Pons Society of London, and The Diogenes Club West (East Tennessee Annex), a curious and unofficial Scion of one. Since the age of nineteen, he has worn a deerstalker as his regular-and-only hat from autumn to spring. In 2013, he and his deerstalker were finally able make a trip-of-a-lifetime Holmes Pilgrimage to England, where you may have spotted him. If you ever run into him and his deerstalker out and about, feel free to say hello!

Amazon Customer
4.0 out of 5 stars the wonderful Rutherford and others
Reviewed in the United States 🇺🇸 on March 11, 2016
Verified Purchase
I must confess, I had not read the cannon until I got my first Kindle some six years ago. I was, of course, fully hooked from the movie and TV versions of Rathbone, Sushet, the wonderful Rutherford and others. But as the book is always better than the movie, Sir Arthur's written work was
so much more textured and laced with Sherlock's barely disguised smile, I was smitten.

I also discovered C K Chesterton's Father Brown at the same time and with the same hold your breath then laugh glee. Having read those two wonderful volumes, it simply was not enough. Not nearly enough.

I am pleased to endorse the collection being reviewed here. The mood and setting is, for the most part, spot on with few pauses to reflect, very briefly, on something that seemed "off" and in no case any required trip to The Yard for further investigation.

The authors have done a splendid job of storytelling. I saw a few coming to conclusion before the final paragraph, but that is simply proof of superior observation and deduction on my part. That I guessed the resolution of the crime simply made it more fun for me before my lessers were advised. Smug is a very Sherlockian trait.

What fun! A tip of the top hat to all who made this possible. And there are two more volumes! I just started the second and look forward to the third.

To the publishers: How about giving us more Father Brown, Jeeves and a host of others with this same loving care and devotion to style and mood you have so beautifully done here? Not only happy readers, but might make a buck too boot. (end crass commercial incentive).
Read more
4 people found this helpful
Helpful
Report abuse

Lee Holfelder
5.0 out of 5 stars Perfect collection for a devout fan of Sherlock Holmes!
Reviewed in the United States 🇺🇸 on January 4, 2021
Verified Purchase
I have been a fan of Sherlock Holmes since I first read "The Hound of the Baskervilles" back in the 60's. I have all the original stories by ACD. I discovered new collections of short stories written by current authors in the spirit of ACD and have fallen in love all over again. David Marcum's collection is a real delight. I look forward to reading each volume in the series. I especially enjoy the "background stories" about Professor Moriarty as well as the "untold tales". Each writer has remained true to the characters and the atmosphere. You will not be disappointed!
Read more
2 people found this helpful
Helpful
Report abuse

John Rigopoulos
5.0 out of 5 stars For Lovers of Sherlock Holmes
Reviewed in the United States 🇺🇸 on December 24, 2021
Verified Purchase
There are many great stories
Read more
Helpful
Report abuse

M.N.
3.0 out of 5 stars Not as Good as Advertised, but OK
Reviewed in the United States 🇺🇸 on June 18, 2020
Verified Purchase
This series is generally enjoyable for any Sherlock Holmes fan, but be prepared for an overuse of the "elementary" cliche, and some authors have Holmes doing things he wouldn't do, like "making a pot of coffee" at home. Have some of these authors spent any time actually reading the original stories, or do they just know the dumb SH cliches and tropes? I hope the rest of the volumes get better.
Read more
2 people found this helpful
Helpful
Report abuse

Charles R. Manley
5.0 out of 5 stars An excellent recreation of Holms and Watson.
Reviewed in the United States 🇺🇸 on January 1, 2021
Verified Purchase
A good read, as posted in the title, a recreation, but true to the spirit and style of Sir A. Conan Doyle. Recommended for anyone who can't get enough Sherlock Holmes.
Read more
One person found this helpful
Helpful
Report abuse

mattisamo
5.0 out of 5 stars Sir Arthur Conan Doyle's Holmes Lives On
Reviewed in the United States 🇺🇸 on October 5, 2020
Verified Purchase
I feel these wonderful authors and their factual inventive stories have fully captured Sherlock Holmes and John Watson perfectly. I await with great excitement the many more new adventures of our beloved heros!!!
Read more
2 people found this helpful
Helpful
Report abuse

Kindle Customer
4.0 out of 5 stars Good Solid Stories
Reviewed in the United States 🇺🇸 on July 7, 2019
Verified Purchase
These stories were as promised solid Sherlock Holmes pastiches. Nothing silly, no hot romances, no supernatural, nothing silly. A few fell a little short in tone but generally were good and worth reading for the traditional Holmes fan.
Read more
4 people found this helpful
Helpful
Report abuse

John Hopkins
4.0 out of 5 stars The "over-soul" of Holmes' stories
Reviewed in the United States 🇺🇸 on July 28, 2019
Verified Purchase
"This is the beginning of a beautiful friendship". If volume 1 is an indication then I will look forward to each (and every) volume. Thank you. Mr. Marcum.
Read more
3 people found this helpful
Helpful
Report abuse
See all reviews

Mr. W. x. Sxxxxdale
5.0 out of 5 stars Good book.
Reviewed in the United Kingdom 🇬🇧 on December 15, 2015
Verified Purchase
I recommend this book.
As I read the approx 23 stories, I gave them marks out of ten.
Here are my results:
7 of them were rated 0 to 5 out of ten, ie not much good.
6 of them were rated at 6 to 8 out of ten, ie Ok, or even quite good.
8 of them were rated at 9 or 10 out of ten, ie very good indeed.
2 of them I did not record my rating, for whatever reason.
In my view, this was good, as there were plenty of good ones. So I recommend this book.
Obviously, it would be wonderful if there were no low-rated stories, but we live in the real world (or do we?).
Read more
3 people found this helpful
Report abuse

dave
5.0 out of 5 stars Brilliant collection
Reviewed in the United Kingdom 🇬🇧 on March 16, 2021
Verified Purchase
What a tremendous collection of stories by many authors who are new to me. Written in the authentic style of the original canon. I’ve book 2 on the to be read pile and the stories look just as good
Read more
Report abuse

Colin Price
5.0 out of 5 stars The Mx Book of New Sherlock Holmes Stories Part1
Reviewed in the United Kingdom 🇬🇧 on April 17, 2018
Verified Purchase
Like all compendiums the book contains a number of stories that of varying quality and this is no different. However there is a balance and discarding the poorer pastiches the book overall is quite enjoyable.
Read more
Report abuse

Cook and Book
5.0 out of 5 stars What a find !!
Reviewed in the United Kingdom 🇬🇧 on December 30, 2015
Verified Purchase
This is a first class (hardback version) book which I am thoroughly enjoying. The remaining two volumes are already on my wish list. A good read and thoroughly recommended both to both old and new readers of Holmes & Watson.
Read more
Report abuse
See all reviews