The Booked. Anthology and millions of other books are available for Amazon Kindle. Learn more 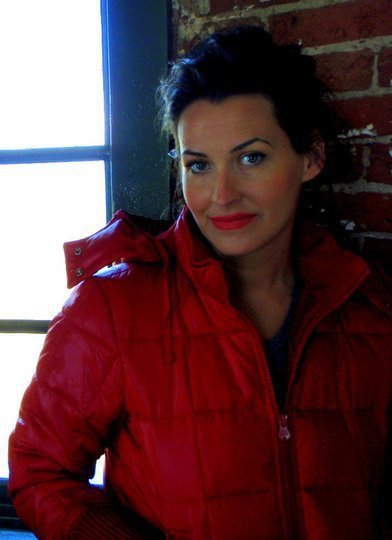 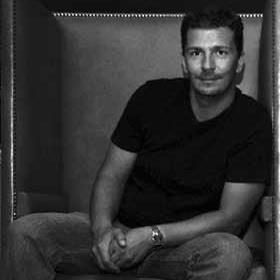 by Pela Via (Author), Livius Nedin (Author), Robb Olson (Author) & 0 more
4.7 out of 5 stars 7 ratings
See all formats and editions
Sorry, there was a problem loading this page. Try again.

The Amazon Book Review
Book recommendations, author interviews, editors' picks, and more. Read it now.
Start reading The Booked. Anthology on your Kindle in under a minute.

John F. Smith
4.0 out of 5 stars Well written Anthology
Reviewed in the United States on September 1, 2013
Verified Purchase
How could you possibly not like a story which starts with the first line "I love children... they taste like chicken"? Thus begins the entertaining sci-fi piece of TW Brown included in an anthology of very eclectic short stories. But of course what should an anthology be if not eclectic? A big highlight of this collection to me is that there is nary a zombie, werewolf or witch to be found anywhere (well, maybe one witch). For someone who started to read again, retiring after forty years of daily work and TV, with the gift of a Kindle from my family last year, finding a modern author to get interested in is not an easy task, especially for a person who has reached overkill by those three subjects. I could, of course, stay in my own world of Steinbeck, Vonnegut, Hemingway, Herbert, and the like but I thought it would be nice to at least attempt to venture into the realm of the present. Also, I am friends with one of the authors whose story, I am delighted to say, is one of the highlights of the anthology with a wonderful mix of humor and pathos. I had to be honest in my review so I only gave the work four stars mainly because I'm a tough marker and I thought that there could have been a bit more humor in the selections. Only one story is written entirely for humor but this does not detract from the fact that the collection is extremely well written and most enjoyable. I found that the authors are not making a blessed cent from their writing but are using this as a showcase for their talents. Even though J.K. Rowling is a billionaire, I know how hard it would be to make a buck as a writer these days with internet time competing against books. The proceeds from the book cover the printing costs and the leftovers go to a literary charity. I think it's a worthwhile purchase.
Read more
5 people found this helpful
Helpful
Report abuse

adam bc
5.0 out of 5 stars Tremendously Well-written!
Reviewed in the United States on August 19, 2013
Verified Purchase
This excellent book compiles 25 brilliantly written and assembled short stories into nearly 400 pages of awesome. I do not work for Booked. or anyone else associated with this book but I did meet some of them at a live reading in Chicago and they are super cool people.
The stories are moving and intense and sweet and funny and interesting and engrossing (and I could write 25 different adjectives, one for each story, but I won't) but the one common thread I noticed throughout the whole anthology is how well-written and solid each story is. The characters and scenes each felt fully constructed and real.
Keep an eye out for the authors included in this book because it won't be long before they are hitting the big time, and you can say, "I read them before they were famous."
Also, be sure to check out page 374! Great stuff!
Read more
6 people found this helpful
Helpful
Report abuse

Terry Rance
5.0 out of 5 stars Excellent Collection.
Reviewed in the United States on July 21, 2015
Verified Purchase
An anthology of 25 short stories clocking-in at almost 400 pages. I have to admit I do frequently listen to the Booked podcast, and I think their knowledge of the writing craft - and therefore the people they chose to include here - was a perfect example of synergy.
Read more
Helpful
Report abuse

Cindi
5.0 out of 5 stars get hooked on Booked!
Reviewed in the United States on August 29, 2013
Verified Purchase
Anyone who has listened to the Booked podcast will enjoy this collection of stories from some of Robb and Livius's best reviews and interviews. Well put together, You will hear more about these authors and from Booked podcast. They enjoy a good read and take you along for th he ride. Get booked.
Read more
4 people found this helpful
Helpful
Report abuse

Justin Keirans
5.0 out of 5 stars Fantastic collection of stories
Reviewed in the United States on April 2, 2014
Verified Purchase
Their podcast is the best of its kind and this collection of stories is just delightful. They just surpassed 200 episodes of the podcast (yep, 200) and this anthology is the perfect companion.
Read more
One person found this helpful
Helpful
Report abuse

Adrian Parrish
5.0 out of 5 stars Great introduction to some talented independent authors
Reviewed in the United States on November 20, 2013
This anthology has several great moments in it. The first story, Pound of Flesh sets the mood well, with a quote "Sometimes, love isn't diamonds or gold, it isn't handwritten cards and surprise, romantic excursions. Sometimes love is deciding whether to take your wife's teeth out with a pipe wrench, or brain her with it." Right away they get your attention and let you know that this anthology is going to be a bit different. It's dark, mysterious, creepy at times but most importantly, strong stories from front to back.

Some of my favorites from the anthology are Scenes from the City of Garbage and City of Clay, Think Tank, Faces on the Milk Carton, The Mulligan, Noir's City, Dragon by the Dumpster, One Shot, and I'm sure a few others that I loved that I'm missing. Just from that list, there are crime stories, sci-fi, drama, horror, and thrillers. The only theme throughout the anthology is that they are damn good stories. Some stories are exceptionally great but there's really not a bad story in the mix. If you're looking for some good independent authors to support this is a great place to find some. Also, you should definitely check out this podcast as a continuing source for good books and insightful thoughts on them. Robb and Livius know what they're talking about.
Read more
Helpful
Report abuse

kevin helmick
4.0 out of 5 stars Hard to beat.
Reviewed in the United States on April 6, 2014
This tremendous collection of dark noir stories not only complement one another but almost seem to feed off each other as well. This anthology captures an amazing moment in time not only for Booked Podcast but for the writers involved, several of who have done great things already and I'm sure will continue to do even greater things for years to come. Not a boring page exist here. A must have.
Read more
Helpful
Report abuse
See all reviews
Back to top
Get to Know Us
Make Money with Us
Amazon Payment Products
Let Us Help You
EnglishChoose a language for shopping. United StatesChoose a country/region for shopping.
© 1996-2021, Amazon.com, Inc. or its affiliates