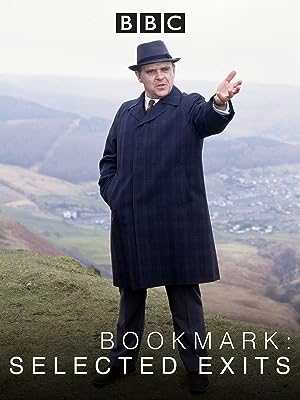 (6)
5.31 h 8 min198313+
Oscar-winning actor Anthony Hopkins gives another outstanding performance as colorful wit and raconteur Gwyn Thomas in Alan Plater's adaptation of Thomas's autobiography. From his humble origins in the Welsh Valleys of the 1920s, he wins a scholarship to Oxford, where he doesn't really fit in. After a spell as a teacher, he finds success as a playwright, novelist and TV personality.

Dirk B. GiffordReviewed in the United States on March 4, 2022
4.0 out of 5 stars
Great story about a Welsh writer, but 22 of the 90 minutes are missing
Verified purchase
I love this movie -- but not this edited version. I'm still giving it 4 stars because it's better than no version.

22 minutes have been trimmed from a 90-minute film. The edits make no sense except to shorten the film for no discernible reasons. My wife and I kept waiting for several memorable scenes that were among the removed parts.

Anthony Hopkins is wonderful. I laughed a lot. It is full of the resigned, self-deprecating humor that I associate with Welsh and Irish writers. After seeing this film on Masterpiece Theater in 1993, I bought the book it is based on, Gwyn Thomas' "A Few Selected Exits." It's even funnier than the film, if you like this kind of humor.

Some of the scenes that are missing include the headmaster's comments about Thomas' leather school bag (the headmaster's attitude was that nice things corrupt the spirit and encourage hedonism), Thomas' commentary on the bus about the English invading and subjugating Wales, his health problems at university caused by malnutrition and smoking, and so on. I cannot understand why the film was trimmed.

C. WernerReviewed in the United States on October 27, 2021
5.0 out of 5 stars
Lovely film
Verified purchase
I had seen this film long ago on masterpiece theatre 1993 -Russell Baker gave the introduction that included some interesting background about Gwyn Thomas the Rhondda Valley. Until recently Selected Exits was unavailable online or for purchase as far as I could tell. Am delighted to watch it again although it seems to have been edited to some degree. The book that the film is based on is wonderful. I just love his writing.
2 people found this helpful

SaguaroGeorgeReviewed in the United States on December 29, 2021
3.0 out of 5 stars
Well acted, but dour and depressing
Verified purchase
Great raconteur? Wit? None in evidence in this rather dour film. I also found the accents overdone; I have lectured in Swansea and do not remember accents like these. In the end, rather depressing, really.

dnain1953Reviewed in the United States on September 17, 2021
5.0 out of 5 stars
A modest and funny man
Verified purchase
Not taking the obvious route in his stories. What a pity I am the first to comment.

PFVReviewed in the United States on November 2, 2021
5.0 out of 5 stars
Sweet Movie
Verified purchase
What a lovely movie. I enjoyed it very much.
See all reviews
Back to top
Get to Know Us
Make Money with Us
Amazon Payment Products
Let Us Help You
EnglishChoose a language for shopping. United StatesChoose a country/region for shopping.
© 1996-2022, Amazon.com, Inc. or its affiliates