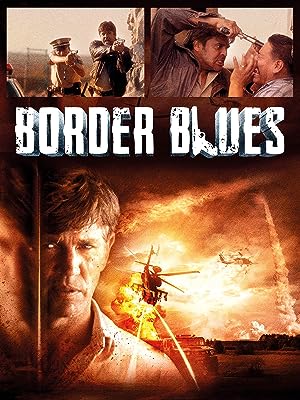 (13)
2.81 h 26 min2004R
A dangerous smuggler helps an attractive woman and her 5-year-old daughter, while a police chief pursues a mad bomber in Los Angeles

Fred MorganReviewed in the United States on July 9, 2021
3.0 out of 5 stars
Big Sections in Russian and Not Translated
Verified purchase
An hour or so into the movie, there are several sections where two Russians are talking and you have no idea what is said. Sadly, the subtitles are good when they speak English and nothing when they speak Russian.

Michael SummersReviewed in the United States on October 10, 2018
1.0 out of 5 stars
Terrible Movie
Verified purchase
I don't know what kind of movie this suppose to be. Maybe a comedy movie that pretends to be a drama movie. If it's a comedy movie here is my laughing. Hahahaha, I just might win an Oscar for my performance of laughing. It was so believeable preformance.

Bruce WinningReviewed in the United States on July 19, 2021
3.0 out of 5 stars
different languages spoken
Verified purchase
I like 16:9 video. There is many languages spoken; I didn't use the CC. I like the shooting and various violence. I like the automobile action.

J. W. HickeyReviewed in the United States on July 23, 2006
1.0 out of 5 stars
a non-start non-action film
Verified purchase
Back when literacy prevailed, it wasn't uncommon for everyday people to comment, "Given the life I've had, I could write a book." In this instance, Rodion Nahapetov has made the film equivalent--as a screenwriter, a director, and a lead actor. His acting, at least, isn't terrible.

As a writer, Nahapetov has issues to express and share, which could be said to bring unexpected nuances to the action genre. Haplessly, the reverse is true: themes of interest in MOSCOW ON THE HUDSON or parts of GREEN CARD are frittered on Nahapetov's desire to construct a marketable "American" movie. As such the numerous chase scenes are busy but go nowhere, and advance the contrived & convoluted story minimally.

Eric Roberts is sort of a B-list Johnny Depp. I always want to see him on the screen but seldom in the projects he actually makes. In this instance Nahapetov creates for him a character so mercurially unrooted that no one else could have played the part so well. But Roberts' frequent shifts from sinister to sympathetic and back again recall the "big reveal" in CHINATOWN: he's a villain, he's a victim, he's a potential rapist, he's a proxy dad. Plot driven contradictions are not the same thing as characterization. (The same inconsistencies afflict poor Gary Busey, whose non-role is mercifully reduced to a virtual cameo.)

As a writer and actor, Nahapetov should have fired Nahapetov the director. Especially in his treatment of poor Erik Estrada, whose Edgar Kennedy (minus the slow burn) Mexican cop is always over the top. Estrada gesticulates each phoneme in his lines with such hammy ferocity, it appears he's simultaneously signing for the deaf.

How sad that Nahapetov apparently had to botox his perspective on being an alien into action tripe, in order for his movie to be made. Of interest to those who are curious to see how non-natives perceive the action genre, but others would do well not to squander their postage costs.

Amazon CustomerReviewed in the United States on July 4, 2018
4.0 out of 5 stars
Easy going story. I enjoyed it.
Verified purchase
Interesting and enjoyable in a good story line.

Thank you
One person found this helpful

Shawn IrwinReviewed in the United States on June 29, 2010
5.0 out of 5 stars
This is a good movie . . .
This movie is a little different than the average hollywood genre, it is far from perfect, but it has its own uniqueness to it. It isn't like some of the more canned hollywood movies, perhaps that is why I liked it, there was a kind of informality, off-beat humor that makes it unique, and it is not one that you can predict what is going to happen long before it happens like so many movies of the Hollywood genre.
2 people found this helpful
See all reviews
Back to top
Get to Know Us
Make Money with Us
Amazon Payment Products
Let Us Help You
EnglishChoose a language for shopping. United StatesChoose a country/region for shopping.
© 1996-2021, Amazon.com, Inc. or its affiliates