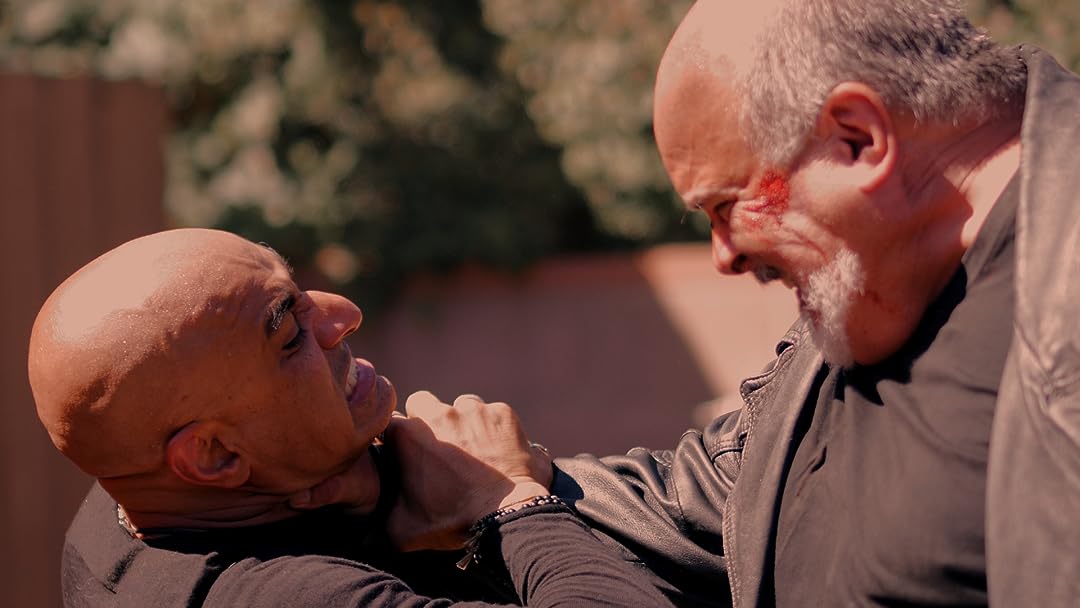 Boris and the Bomb

Anthony V StoppielloReviewed in the United States on January 24, 2020
5.0 out of 5 stars
Fun and action packed
Verified purchase
I was very much entertained and involved with the characters. Great fight scenes. I loved how Boris kicked ass. Jimmy the Yuber driver made me laugh and he was a very likable character. Sonia was badass, nice death scene. Keena is hot. Impressed with the directing, cinematography, editing and fight scene choreography. I’d watch it again. Good job!
12 people found this helpful

shsmReviewed in the United States on January 24, 2020
5.0 out of 5 stars
I really loved this fun movie!
Verified purchase
I liked the energy and joy the cast brought to this dramedy. The movie was loaded with well-known actors (female and male) and excellent emerging ones, most of whom could kick butt. With a dramedy, actors have to keep faith in their product, maintaining character through the lighter moments; the cast accomplished that well!!
BRAVO!
6 people found this helpful

catch22Reviewed in the United States on January 24, 2020
5.0 out of 5 stars
Just a Scream!
Verified purchase
This movie was such a scream! Totally loved it. The characters, the hilarious plots, the cinematography, the effects, just the whole ball of wax. Boris may look harmless at first, but he packs a mean punch. Love the Russian accent and his thug buddies. I had such a good time watching it. You will too!
6 people found this helpful

NanetteReviewed in the United States on February 5, 2020
5.0 out of 5 stars
Surprisingly Endearing
Verified purchase
I don't usually write reviews (even though that's usually how I pick what to put on) but I had to give this one five stars. I honestly didn't think that I would like it but a friend had recommended it so I gave it a go and I actually really enjoyed it. The acting was good, the characters were quirky and fun to watch. The interactions between Boris and the Uber driver were hilarious. This is an action film with a lot of chase scenes and kung fu style fight scenes, which is not my usual cup of tea but I really found the story of Boris and his bomb to be endearing. He is an old spy with a heart of gold whose conscious is carrying more explosive relationship baggage than his bomb could ever contain- but don't we all? This is definitely a film worth watching.
5 people found this helpful

JenniferReviewed in the United States on February 21, 2020
5.0 out of 5 stars
“Let me tell you story. Is good one, I promise.” -Boris
Verified purchase
"Boris and the Bomb" is a colorful new addition to Indie Rights Movies innovative and ever-increasing catalogue of independent films & documentaries. Indie Rights Movies does the important work of producing and distributing small budget projects created by independent filmmakers. Their feature library is my number one go-to source when seeking out new indie-film options. 'Boris and the Bomb' is an unconventional, offbeat "chase-film". The quirky tongue-in-cheek action comedy will further enhance Indie Rights rich variety of brilliant film selections and is well worth the watch. It collectively takes an enormous amount of hard work, high risk, headaches and heartbreak to layer together a feature film on any size budget. It is plain to see that Writer and Director team, David P. Kronmiller and Jennifer Emily McLean poured their hearts into bringing Boris’ engaging and heartwarming story to life. This eco-budgeted, crowdsource funded, passion project packs a lot of punch in its nearly two hour run time. Described as a nuclear fairy-tale, ‘Boris and the Bomb’ is a comeback story of missed connections, enormous mistakes, diffused romances, and the gift of second chances, reminding us that our short comings can truly be our greatest opportunities.
Spanning across two decades, Boris’ odyssey to disarm a nearly defunct nuclear bomb reunites him with a past he’d rather leave behind and the future he cannot escape. Each action-packed moment is a countdown to the next series of explosive revelations. The vast and complex cast of characters we meet along the way are interconnected through a web of shocking secrets and unshakable loyalties, upending our perception of the traditional nuclear family. Forgotten friendships pick up where they left off, romances are restored, and friends become foes as the dormant secrets they harbor are unearthed and detonated.
The cleverly written story of Boris and his bomb is artfully brought to life through the hard work and collaborative effort of the film makers, producers, and the exceptionally talented cast and crew. The title role of Boris is brilliantly performed by the very talented J. Anthony McCarthy. His portrayal of Boris is both charming and infectious. The natural chemistry between Boris and his apprehensive Yuber driver, Jimmy (Steve Sabo) is a comical highlight throughout the film. The easy banter between the duo is infectious and audiences will find themselves quoting some of their lines as lifelong adages.
Kavi Ladnier is absolutely stunning in the role of Maya, a former spy who will stop at nothing to hide her past and protect her daughter, Lilly (Leela Ladnier). The on and off-screen mother-daughter duo deliver a powerful, emotional performance that is captivating and leaves you craving more. They share the screen with far to enormous a cast to list, but you are sure to find several familiar faces and plenty of funny pop culture moments that we can all relate to.
Boris is more than our narrator and hero; he also serves as our cautionary lesson that taking safety in solitude can only last for so long. Eventually we will naturally gravitate to our own nuclear group. Our own self-made bomb squad. Boris delivers on his promise “Is complicated story, but is mine and is yours.” And yes indeed Boris, it is a good one.
3 people found this helpful

Amazon CustomerReviewed in the United States on January 25, 2020
5.0 out of 5 stars
Real fun indie ride!
Verified purchase
I love watching independent films, especially when they turn out to rreally deliver! If you are looking for a film that isn't cookie cutter big budget stuff and that is a ton of fun, then this is a film that you'll want to check out. The story is unique, the action is pretty good, and the comedy will keep you laughing!
6 people found this helpful

JGReviewsReviewed in the United States on February 17, 2020
5.0 out of 5 stars
Big and Bold Action-Comedy
Verified purchase
Between the title, the poster, and the trailer, I was hooked on Boris and the Bomb. What's not to like? I miss big and bold action comedy movies like this and it's even more remarkable that this is an independent production. But this is not the slow moving drama that you picture when you think of an "indie film". Clearly the entire cast and crew of this film are really going for it here and are holding nothing back, which I love. There's a great hook, fun action, and laughs packed into this film. Check out Boris and the Bomb if you're looking to enjoy yourself.
3 people found this helpful

Therese MastinReviewed in the United States on February 4, 2020
5.0 out of 5 stars
I loved this movie!
Verified purchase
I really enjoyed "Boris and the Bomb." The plot was interesting, the characters compelling, and the action scenes were fast paced and exciting. The actors were great--gotta love both 'old' and 'young' Boris-- and the cinematography was beautiful! I thought the director made all the right choices in terms of storytelling, pacing, and giving the movie an irreverent comic twist. My only complaint is that HBO didn't offer Kronmiller a series...there was so much interesting back story and endless plot lines that could of been followed......oh well...awesome movie in and of itself!
4 people found this helpful
See all reviews
Back to top
Get to Know Us
Make Money with Us
Amazon Payment Products
Let Us Help You
EnglishChoose a language for shopping. United StatesChoose a country/region for shopping.
© 1996-2021, Amazon.com, Inc. or its affiliates